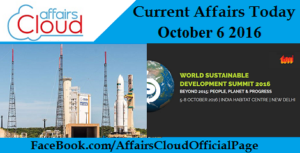 Cabinet approved setting up of country’s first Medipark in TN
i. The Union Cabinet here approved “mini Ratna” public sector undertaking HLL Lifecare to sub-lease its land for setting up the country’s first medical devices manufacturing park.
ii. The Union Cabinet chaired by Prime Minister Narendra Modi gave its approval to M/s HLL Lifecare Ltd, to sublease 330.10acres of government land at Chengalpattu, Tamil Nadu, to setup a medical devices manufacturing park (Medipark) through a Special Purpose Vehicle.
iii. The share holding of HLL, which is a PSU under the Ministry of Health & Family Welfare, would be above 50 per cent.The Medipark project would be the first manufacturing cluster in medical technology sector in the country, envisaged to boost the local manufacturing of hi-end products at a significantly lower cost, resulting in affordable healthcare delivery, particular in diagnostic services to a large section of people.
iv. The proposed Medipark would contribute to the development of medical devices and technology sector and allied disciplines in the country, which was still at a beginning stage besides generating employment and give a boost to the government’s “Make in India” campaign.

Finance Ministry set up debt management cell
i. Union Finance Ministry constituted a Public Debt Management Cell (PDMC). The cell was created to streamline government borrowings and better cash management with the overall objective of deepening bond markets.
ii. The cell which would function from the Reserve Bank of India (RBI) premises here would be upgraded to an independent and statutory debt management agency — Public Debt Management Agency (PDMA)
iii.T he interim arrangement would allow separation of debt management functions from RBI to PDMA in a gradual and seamless manner, without causing market disruptions. PDMC would have only advisory functions to avoid any conflict with the statutory functions of RBI.
iv .Its functions would include planning borrowings of the government, management of central liabilities, monitoring cash balances of the government, advise the Finance Ministry on external borrowings, etc 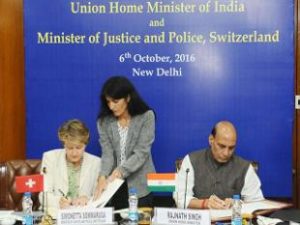 India to host first AMCDRR after Sendai Framework
i. In order to minimise the risk of loss of life and damage to property during natural calamity like earthquake, tsunami and floods, India would be hosting going to host the Asian Ministerial Conference for Disaster Risk Reduction (AMCDRR) next month in collaboration with the United Nations Office for Disaster Risk Reduction (UNISDR).
ii. This is the first AMCDRR after the advent of the Sendai Framework for Disaster Risk Reduction (SFDRRR), adopted at the third UN World Conference in Sendai, Japan in March, 2015. It would  set the direction of Sendai Framework implementation in the region.
iii. The Prime Minister, Shri Narendra Modi, would inaugurate the Conference that held in New Delhi.The Conference would aim at transforming the commitments of governments and stakeholders during the Sendai Conference into national and local action.
iv. Established in 2005, AMCDRR is a biennial conference jointly organized by different Asian countries and the UNISDR. So far, six AMCDRR conferences had been organised. India had also hosted the second AMCDRR in New Delhi in 2007

Indian mountaineer Arjun Vajpai scaled world’s sixth highest mountain
i. ArjunVajpai, the professional Indian mountaineer, scaled the world’s sixth highest mountain Cho Oyu. The mountain is located on the China-Nepal border at an altitude of 8188 meters above the sea level.
ii. The 23-year-old reached the summit before dawn along with his sherpas and another expedition member after leaving from Camp 3 post midnight. 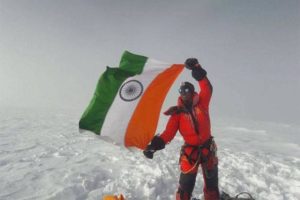 iii. Arjun completed the summit at about 6.15 am. It was costed  on Arjun’s health and his guide’s. The temperature at night was about minus 40 degrees was reported by Sanjeev Vajpai, Arjun’s father.He is the third youngest Indian to scale the Mount Everest at the age of 16 years and 11 months in 2010.
iv. The Mount Cho Oyu 2016 expedition was a personal challenge for the young mountaineer because he had suffered a paralytic attack during his first attempt in 2011 and Arjun had to work his way back to physical fitness to climb again.
v. The mountain was first climbed on 19 October 1954, via the north-west ridge by Herbert Tichy, Joseph Jochler and Sherpa PasangDawa Lama of an Austrian expedition.

France became first country to ban plastic cups and plates
i. With the passage of a new law, which was aimed at combating climate change, France has become the first country in the world to completely ban disposable plastic cups, plates and other utensils.
ii. By 2020, all single-use cutleries would have to be made out of biologically-sourced materials that could be composted, under a recently enacted French law. This plastic ban was reportedly “hidden away” in a bill that passed in summer 2015 but came into effect last month.
iii. The Christian Science Monitor reported to  Les Echos newspaper that the France threw away more than 4.7 billion plastic cups every year, only 1 percent of which are recycled.
iv. While environmentalists were happy at ban, European leading food-packaging manufacturers censured this measures violate European Union laws on the free movement of goods, CNN reported. Pack2Go Europe, a Brussels-based organisation representing European packaging manufacturers, is asking the European Commission to take action against France.
France :
♦ Capital: Paris
♦ Currencies: Euro, CFP franc
♦  President: François Hollande

MasterCard launches its ‘selfie pay’ biometric authentication app in Europe
i. Financial services company MasterCard rolled out  Selfie Pay app in Europe .This app will use facial biometrics for payment authentication.
ii. It will supports both selfies and fingerprint biometrics, offering users a choice of authenticating a mobile payment at the point of purchase.
iii. The app will be made available to MasterCard users globally in early 2017.

Oil India signs Memorandum of Understanding with University of Houston
i. Oil India (OIL) has signed Memorandum of Understanding with the University of Houston (USA) in presence of Sh. Dharmendra Pradhan, Minister of State (I/C), Petroleum & Natural Gas.
ii. The objective of the MoU is to collaborate in the fields of Improved Oil Recovery & Enhanced Oil Recovery for production enhancement from matured fields, seismic interpretation & reservoir characterisation studies, improvement of drilling and well intervention practices and unconventional hydrocarbon studies.
iii. This will also contribute towards national obligation as set by Hon’ble Prime Minister to reduce import dependency of oil and gas by 10% by 2022.
Keys :
♦ India is third largest energy consuming country in the world
♦ University of Houston is a premier institute located in Texas, US. It is  involved in the quest of academic and translational excellence in the field of Oil & Gas through its outstanding faculty and research staff

250 mandis in 10 states linked with e-agri market in 1st phase
i. The BJP-led Centre had integrated 250 mandis in 10 states in the first phase of its ambitious electronic national agriculture market (e-NAM), established to provide transparent and profitable trade facilities to farmers and buyers.
ii .E-NAM is a pan India electronic portal for sale and purchase of agricultural product so that farmers get better prices of their produce. The first phase of the e-NAM was launched on 14th of April this year 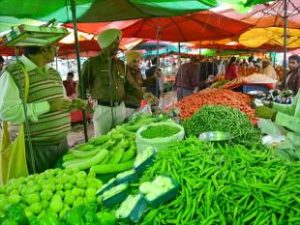 iii. More or Less, 1,60,229 farmers, 46,688 traders and 25,970 commission agents had been registered on thee-NAM platform. Quality parameters for 69 agricultural and horticultural commodities, including cereals, pulses, oil seeds, spices, fruits and vegetables had been notified.
iv. A meeting had been convened next week with Bihar and Kerala as these two states do not have the mandi system. Under a reform programme during the UPA government, these states had repealed the Agricultural Produce Market Committee (APMC) Act.
v. There are about 2,477 agricultural produce market committees (APMCs) and 4,843 sub-market yards regulated by the respective APMCs in the country.

Indian NGO  Swayam Shikshan Prayog bags UN climate award for clean energy project
i. Swayam Shikshan Prayog has bagged the UN climate award 2016 for clean energy project
ii.The NGO trains women to become clean energy entrepreneurs across Maharashtra and Bihar.
iii. It is one of the 13 projects to be recognised at the forthcoming UN climate summit in Marrakesh in November.
iv. The NGO was founded in 1989 in Mumbai. It has received financial support from the Maharashtra government, USAID, Miseorer, Europe, and CSR funds from HSBC 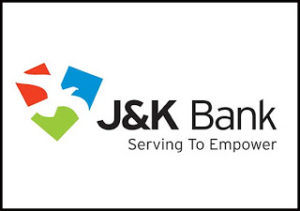 India’s latest communication satellite GSAT-18 was successfully launched from Kourou, Guiana
i. India’s latest communication satellite GSAT-18 was successfully launched by a heavy duty rocket of Ariane space from the spaceport of Kourou in French Guiana.
ii. Weighing 3404 kg at lift-off, GSAT-18 carries 48 communication transponders to provide Services in Normal C-band, Upper Extended C-band and Ku bands of the frequency spectrum. GSAT-18 carries Ku-band beacon as well to help in an accurately pointing ground antennas towards the satellite.
iii. GSAT-18 was launched into a Geosynchronous Transfer Orbit (GTO) by Ariane-5 VA-231 launch vehicle.
iv. The spacecraft and launch service cost about US$153 million. 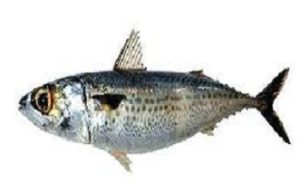 i. A new species of fish named Scomber Indicus in Kerala waters by a team of CMFRI (Central Marine Fisheries Research Institute)scientists led by E M Abdussamad
ii. The black-spotted fish is round in shape and this species is distinctly different, both taxonomically and genetically from the other members of the mackerel family.
iii. The fish is called ‘pulli ayala’ or ‘pulli thiriyan’ by the local fisherm

Typhoon Chaba batters South Korea and heads to Japan
i. At least six people have been killed after Typhoon Chaba battered South Korea with strong winds and heavy rain
ii. The southern cities of Busan and Ulsan were worst affected, as well as the resort island of Jeju.
iii. The typhoon is now heading for Japan, where the meteorological agency issued warnings and flights were cancelled. 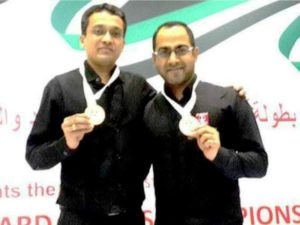 Maria Sharapova’s two-year doping ban reduced from 2 years
i. Maria Sharapova’s two-year doping ban has been reduced to 15 months following her appeal to the Court of Arbitration for Sport.
ii. The five-time Grand Slam winner was initially banned by the International Tennis Federation for two years after testing positive formeldonium at the 2016 Australian Open.
iii. She will be able to return to the tennis court on 26 April, 2017.
iv. Meldonium, a heart disease drug also known as mildronate, became a banned substance on 1 January 2016.
v. She had been taking the drug since 2006 for health problems 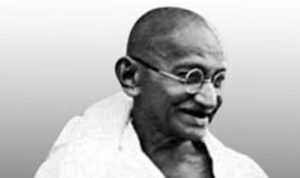 launched by Union Culture Minister Mahesh Sharma in New Delhi.
ii. It contains 692-pages and published by GandhiServe India.
iii. The coffee table book was the first photo- biography on Gandhi.1,281 photographs published in the book .
iv. Another book titled “Untouchability No More” was also released by Mahesh Sharma