40% escalation of import duty on ghee and butter

In a move to provide duty protection to milk producers Government has increased the import duty on ghee, butter and butter oil by 10 per cent to 40 per cent to safeguard the interest of domestic producers.(Revenue Secretary – Hasmukh Adhia)

This increase in import duty will be temporary for a period of six months and it will continue till March 2016.

The proposal for common entrance test for MBBS, BDS and post-graduate medical courses has grabbed the nod from Medical Council of India (MCI) and recommendation have been send to the Health Ministry.

Islamic State fighter’s jihadists have destroyed the 2,000-year-old Arch of Triumph which was also known as “Pearl of the Desert” in Syria’s ancient city of Palmyra as the violent group continues its campaign to destroy the UNESCO World Heritage site.

UNESCO outlines Palmyra as a heritage site of “outstanding universal value” and Arch of Triumph is the oasis town of Palmyra situated at 210 kilometers (130 miles) northeast of Damascus. It was a stopping point for caravans travelling on the Silk Road.

Nepal has asked help from UN over alleged barriers on a border trade point with India that has resulted in acute shortage of essential goods due to undeclared blockade.(Deputy Prime Minister – Prakash Man Singh)

For the effective implementation of the Vienna Programme of Action for 2014-2024 Nepal is appealing for the unhindered access for landlocked developing countries (LLDCs).

Indian-origin diplomat Ajay Sharma is appointed as the new British Ambassador to Qatar who will succeed Nicholas Hopton who transferred to another post. He will practice his new charge in November.

As per the report by World Wildlife Fund (WWF) 200 new species discovered in the Eastern Himalayas which includes 133 plants, 26 species of fish, 10 new amphibians, one reptile, one bird and one mammal.

But Due to climate change the newly discovered species is in danger as they are left with quarter of their original habitats. Hundreds of plants and animals living in the Eastern Himalayas considered to be globally threatened due to population growth, deforestation, poaching, mining, overgrazing, the wildlife trade, pollution and development of hydroelectric dams 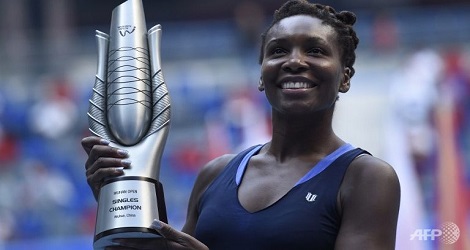 35 years old American Venus Williams took the crown at the Wuhan Open which is her biggest win since 2010 when Garbine Muguruza bows out in the second set. With this she won the 47th title of her career. 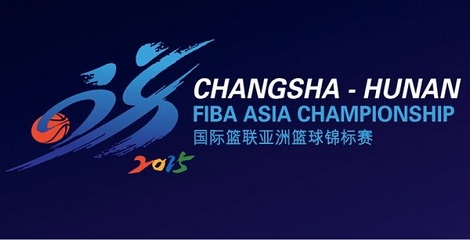 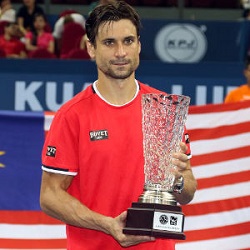 David Ferrer from Spain defeated his opponent fellow Feliciano Lopez by 7-5 7-5 in the final of the Malaysian Open at Kuala Lumpur and bagged with a prize money of $US 170, 600.

In the final of men’s doubles Treat Huey from the Philippines and Henri Kontinen from Finland won the tournament. 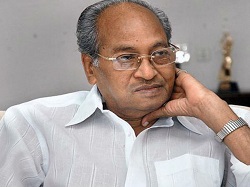 World Habitat Day is celebrated on the first Monday of October. This year it was observed with the “Public spaces for all”

UN-Habitat joined hands with UN Entity for Gender Equality and the Empowerment of Women (UN Women) for the promotion of “HeforShe”initiative which raise awareness about the role of men and women in the creation of “gender-equal public spaces for all”.