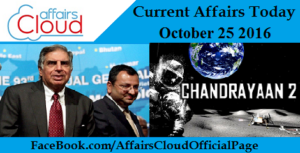 Govt to invest Rs.1 Lakh Crore to boost road, Inland,Water Transport  in Assam
i. Road and inland water communication in Assam is prepared to improve by  the Centre. It decided to invest nearly Rs.1 lakh crore to improve connectivity.
ii. Union Minister for Road Transport, Highways and Shipping Nitin Gadkari announced about the improvement of transport communication with Chief Minister Sarbananda Sonowal in New Delhi.
iii. Gadkari announced plans to increase the Central Roads Fund to Rs.800 crore from earlier sanctioned limit of Rs 450 crore. He has also asked the state government to identify 1200-kilomters of new stretch of road for converting the same into national highways
iv. Gadkari approved Sivsagar-Desangmukh-Tekeliphuta-Dhakuakhana-North Lakhimpur-Majuli-Jorhat road project and another project for relieving traffic congestion on Guwahati by-pass by constructing new 4-lane road from Changsari to Kuruwa along the Northern Bank of Brahmaputra with a 6-lane bridge over Brahmaputra between Kuruwa and Narengi.

ii. The extent of IT application associates itself with National level data compilation of electors, functioning at polling stations, work allocation of officers on duty, use of mobile application and technology, GIS technology.
iii. The application ssuch as Samadhan, Suvidha, Sugam are formulated in the electiongoing State sfor  facilitation and better election management.
iv. Samadhan is a Public Grievance Redressal System which has been conceptualized as a Comprehensive system with multiple modes for receiving complaints
v. Suvidha is a single window system for Candidates and Political Parties to apply for permissions (Meetings, Rallies, vehicles, temporary election office, loudspeakers, helicopters and helipads etc)
vi. Sugam is a Vehicle Management System with the facility of Issuance of requisition letters for vehicles, Capturing of vehicle details with address, mobile number and bank details of Owner & Driver, Transfer of vehicles from one district to another district etc

Supreme Court announced that it would not re-examine 1995 Verdict on Hindutva
i. The Supreme Court gave the final decision that it wouldnot re-examine its1995 verdict on Hindutva at this stage as it is not the reference for hearing electoral malpractice issues
ii. The 1995 judgment defined Hindutva ‘as a way of life and not a religion’. SC mentioned it that it wasn’t keen to revisit the debate about philosophy of Hinduism but made it clear religion shouldn’t be used in elections.
iii. The court, to which the issue has been referred by a five-judge bench, is examining the “scope and width” of section 123(3) of the Representation of the People (RP) Act which deals with electoral malpractices amounting to “corrupt practices“, among other things.
iv. Since then, the issue was raised in the top court many times, including in 2002 when the court referred the matter to a seven-judge bench for clarity.

FM Arun Jaitley launches ‘SMS Alert Service’ for TDS deductions
i. Finance Minister Arun Jaitley launched the SMS alert service for quarterly Tax Deducted at Source (TDS) for salaried class and also be sent to deductors who have either failed to deposit taxes deducted ot to e-file their TDS returns by the due date.
ii. Tax payers will benefit if they receive information through use of technology. So they can match the office salary slip and the SMS and at the end of the fiscal he will be clear about any possible tax dues.
iii. CBDT has launched the ambitious ‘e-nivaran‘ facility for online redressal of taxpayers’ grievances related to refunds
Keys :
♦ Finance Minister : Arun Jaitley
♦ CBDT Chairperson: Rani Singh Nair

India home to most generous people globally:Report
i. Despite some recent cases that somewhat reflected people’s insensitivity in the country, a study shows India tops in terms of number of people helping out strangers, volunteering their time and giving money for charity. 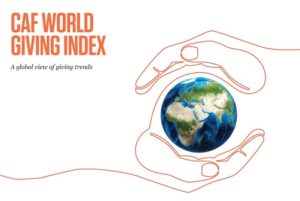 ii. The World Giving Index (WGI) released by the Charity Aid Foundation (CAF) reported that  India’s overall position (percentage of population) in global generosity jumped to 91 in 2015 from 106 in 2014.
iii. Myanmar tops the world with 70 per cent overall generosity, where 63 % people helped strangers, 91 % people donated money and 55 % people volunteered time.
iv. Myanmar is followed by the US, Australia, New Zealand, Sri Lanka, Canada, Indonesia, the UK, Ireland and the UAE. The CAF is a Britain-based international non-profit organization. NGO and the research was conducted over 140 countries

Indo-Sri Lanka military exercise Mitra Shakti 2016 begins in Ambepussa
i. The fourth edition of the India-Sri Lanka Joint Military Exercise ‘MITRA SHAKTI 2016’ is being conducted at Sinha Regimental Centre in Ambepussa, Sri Lanka from October 24 to November 6
ii. The main focus of this edition of the joint exercise is to enhance inter-operability while carrying out Counter Insurgency (CI)/Counter Terrorism (CT) operations under the United Nations Mandate.
iii. The Indian contingent is represented by a platoon from the RAJPUTANA RIFLES Regiment and the Sri Lankan Army will be represented by a platoon from the Sinha Regiment.
iv. The opening ceremony was held on October 24, during which the troops of both contingents participated in a ceremonial parade. ii. Other financial services will include activities which are regulated by any financial sector regulator – RBI, SEBI, IRDA, PFRDA, NHB or any other financial sector regulator.
iii. Such foreign investment would be subject to conditionalities, including minimum capitalisation norms as specified by the concerned regulator or government agency.
iv. Currently, 100 per cent FDI through automatic route is permitted in 18 NBFC activities including merchant banking, under writing, portfolio management services, financial consultancy and stock broking.
About DIPP :
♦ Department of Industrial Policy & Promotion(DIPP) was established in 1995.
♦ It was merged with Department of Industrial Development was merged with in 2000
♦ It is working under the Ministry of Commerce and Industry.

HDFC ERGO ties up with Maruti Insurance Broking
i. HDFC ERGO General Insurance Company has entered into a tie-up with Maruti Insurance Broking Pvt Ltd (MIBL) to offer motor insurance to buyers of Maruti Suzuki cars.
ii. The insurance would be offered to buyers of Maruti Suzuki cars in Pune, Surat and Baroda.
iii. HDFC ERGO is present across 91 cities and the MIBL has partnered with 11 insurance providers to ensure stress-free service to its customers. 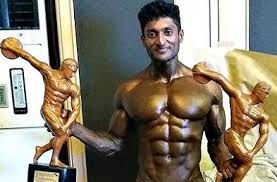 i. G. Balakrishna(25) from Ramagondanahalli was crowned as Mr. Asia 2016 at the 5th Phil-Asia bodybuilding championships held in Philippines.
ii. He is trained by champions Sangram Chougla from Mumbai and Munish Kumar from Punjab.
iii. He started the water tanker business in 2010 also he works as a gym instructoriv. He won Mr. Universe Under-24 junior contest in 2013 in Germany and Mr. Universe title in the same category at the world championship in Athens in 2014

Ratan Tata replaces Cyrus Mistry as Tata Sons chairman
i. Tata group chairman Cyrus Pallonji Mistry(48) is removed from his post and Ratan Tata is named as interim chairman for four months. It was announced by the Tata Son’s board of directors. 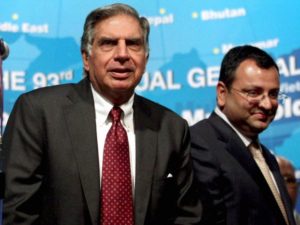 ii. Mistry took over as the chairman of Tata Sons in 2012.He will remain a director on the board of Tata Sons till March 2017.
iii. The board also sets up 5-member panel to choose the next chairman.The panel members are Ratan Tata, TVS Chairman Venu Srinivasan, Bain Capital’s Amit Chandra, former diplomat Ronen Sen and Kumar Bhattacharyya of Warwick University.

Salim Gangadharan to replace Amitabha Guha as non-executive chairman in South Indian Bank
i. Former Reserve Bank of India chief general manager Salim Gangadharan is appointed as the next non-executive chairman of South Indian Bank. It is effective from November first week.
ii. Gangadharan will replace Amitabha Guha will resign on November 1, 2016
iii. He has been independent director in the bank since January 2014 and he retired from RBI as principal chief general manager.
South Indian Bank :
♦ Headquarters : Kerala
♦ Founded: 1929
♦ CEO: V. G. Mathew

ISRO started landing tests for Chandrayaan-2 mission
i. The Indian Space Research Organization started a series of ground and aerial tests linked to the critical Moon landing of Chandrayaan-2 at Challakere in Chitradurga district. This Place is 400 km far away from Bengaluru. 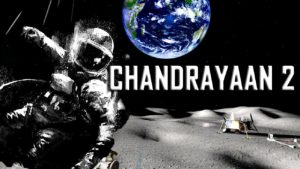 ii. ISRO Satellite Centre (ISAC) is the lead centre for the second Moon mission. It has artificially created close to ten craters to simulate the lunar terrain and test the Lander’s sensors.
iii. Chandrayaan-2 mission is tentatively set for late 2017 or early 2018. The mission includes an Orbiter, a Lander and a Rover.
iv. The Orbiter spacecraft would be launched from Sriharikota would travel to the Moon and release the Lander, which would in turn deploy a tiny Rover to roam the lunar surface.

Globally Averaged co2 Levels Reach 400 parts per million in 2015
i. Globally averaged concentration of carbon dioxide in the atmosphere reached 400 parts per million for the first time in 2015 and increased again to new records in 2016 due to the very powerful El Niño event.
ii. This measure indicates the amount of planet-warming gases man is putting into the atmosphere at record rates, and the current concentrations are unprecedented in millions of years
iii. The year 2015 marked in a new period of optimism and climate action was announced by WMO Secretary-General Petteri Taalas, referring to the landmark Paris Agreement to address climate change.
iv. The finding comes as the globe continues to experience record a series of temperature
records. Eleven of the last 12 months have been the hottest on record and 2016 is widely expected to be the hottest year ever recorded.

Guwahati gets FIFA nod, becomes fifth Indian city to host U-17 World Cup
i. Guwahati became the fifth Indian city to be ratified as a venue for next year’s Under-17 football World Cup.
ii. The FIFA delegation along with members of the Local Organising Committee visited the site and had a comprehensive look at the stadium and the training facilities.
iii. Earlier, Kochi, Navi Mumbai, Goa and New Delhi had got the FIFA’s nodt and he 23-member delegation will travel to Kolkata. 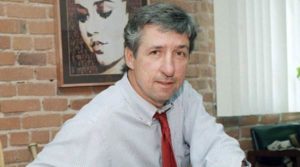 i. Famed American anti-war activist, Tom Hayden has died aged 76.
ii. Hayden died in his home in Santa Monica “after a lengthy illness”.
iii. He was a member of the “Chicago seven” charged with conspiracy over anti-Vietnam war protests in 1968 and eventually acquitted.
iv. Hayden later served in the California state assembly and Senate for nearly two decades