India’s first Paragliding World Cup has begun at Bir Billing near Baijnath town in Kangra district of Himachal Pradesh. Snow leopard is the official mascot of this World Cup.

The Paragliding World Cup will have different categories of competition including Paragliding, Hot air ballooning, Hand gliding and Acrobatic shows. Helicopters and Air ambulance along with forty rescue teams equipped with latest equipment gave been deployed at various strategic locations to meet any emergency situation. 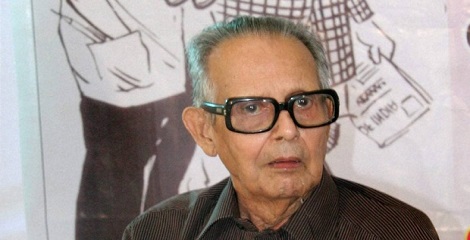 Union Govt has been eased the panel provision by raising the limit of undeclared or mis-declared baggage that will attract arrest or prosecution to Rs 20 lakh. This step is taken to avert harassment of overseas travellers.

Railway Minister Suresh Prabhu announced the country’s first-ever double decker Shatabdi Express that would soon run between the tracks of Mumbai – Goa and will boost tourism in Goa. The announcement was made during the event at Goa University in Panaji.

Income of trusts from yoga-related activities will now not be subject to service tax. Thus, attendees of yoga camps or classes conducted by charitable trusts will not have to pay service tax of 14 per cent. This could boost yoga promotion activities across the country.

Anti-dumping duty has also been levied on fully-drawn or fully-oriented yarn, spin-drawn yarn, and flat yarn of polyester (non-textured) imported from China and Thailand.

Duty was also imposed on plain medium density fibre board of thickness 6 mm and above, imported from China, Malaysia, Thailand and Sri Lanka for a period of five years.
These decisions were taken following recommendations of the directorate-general of anti-dumping and allied duties.

What is anti-dumping duty?
A penalty imposed on suspiciously low-priced imports, to increase their price in the importing country and so protect local industry from unfair competition.

The ban had imposed on midfielder Gurbaj Singh(22yr) has lifted Hockey India(HI) with immediate effect in the wake of Punjab and Haryana High Court’s order. The ban lifted in just over excess of 2 months time. The ban was actually supposed to be lifted in May 2016.

About Madhucon
Madhucon Infra is the Infrastructure development arm of Madhucon Group. Mumbai-based investment bank Equirus Capital acted as theexclusive advisor to the Madhucon Group for the transaction, while law firm Nishith Desai Associates was the legal counsel.

Paytm ties up with Bank of Maharashtra

E-commerce platform Paytm has tied up with Pune Headquartered Bank of Maharashtra to offer mobile wallet top up facility through bank ATMs.

HDIL to invest Rs 150 crore on housing project in Mumbai

Realty firm Housing Development and Infrastructure Ltd (HDIL) will invest about Rs 150 crore for the first phase of its upcoming affordable housing project at Virar in Mumbai.

The company will launch the first phase of its affordable housing project “Planet HDIL” in Virar this Diwali another two luxurious projects in Ghatkopar (East) by year-end. 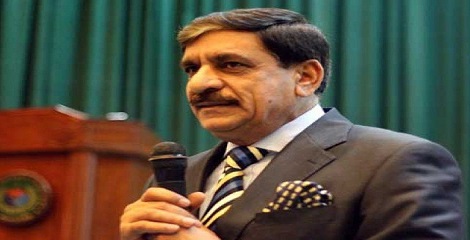 Retired Lieutenant General Nasser Khan Janjua has been appointed as the new National Security Advisor (NSA) of Pakistan. His appointment will increase army’s hold on the security affairs of the country.

Ashok-Alexander Sridharan sworn in as Mayor of Bonn in Germany 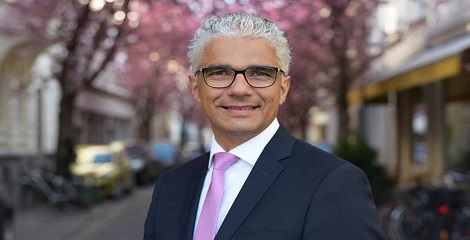 Indian-origin politician Ashok Sridharan has been sworn in as the Mayor of Bonn in Germany.
As a candidate of Chancellor Angela Merkel’s Christian Democratic Union (CDU), Sridharan had polled 50.06 per cent of the votes in the mayoral election on September 13 to wrest power from the Social Democratic Party (SPD).

About  Ashok-Alexander Sridharan
49-year-old Sridharan, who is the son of a migrant from India and a German mother.
Sridharan is the first person of Indian-origin to become the head of administration in a major German city. He kicked off his five-year term by  taking over the power from his SPD predecessor Juergen Nimptsch.

The new appointments is being put in place following the completion of Capgemini’s $4-billion acquisition of Igate.

Capgemini group chairman and CEO Paul Hermelin made these announcements at the company’s group leadership meeting Les Recontres 2015 held in Rome earlier this month. The changes will be effective from January 1.

The first edition of World Indigenous Games is a multi-sport event involving indigenous athletes has been official started from 23rd October 2015. Games are held in Palmas, Brazil.

October 24 2015 observed annually as the World Development Information Day to draw the attention of world public opinion to development problems and the need to strengthen international cooperation to solve them.