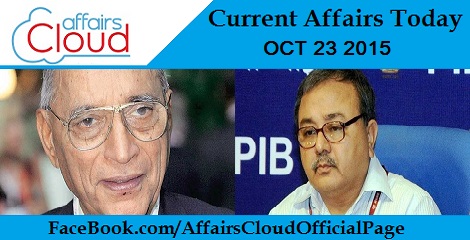 The Tourism Authority of Thailand (TAT) in Mumbai has partnered with Cinema Tourism Summit (CTS) 2015 to attract film tourism by showcasing the destination to Bollywood film producers.

India is one of Thailand’s fastest growing source-markets. In January-March 2015, 2, 31,012 Indian travelers visited Thailand, an increase of 13.73% over the same period last year. The tourism authority of Thailand expects 1.05 million arrivals from India in 2015.

Odisha gets its First 100% solar-powered village-BARIPATHA

On 2nd October 2015 the tribal Village called Baripatha became the first village in the state to be powered entirely by solar energy.

The Ziyuan III, China’s first high-resolution stereo mapping satellite for civilian use has sent back visual data covering 69.45 million square kilometres of the globe. Its mapping precision is higher than the other nation’s satellites. It was launched in January 2012.

Reserve Bank of India(RBI) Governor Raghuram Rajan went with the majority view of external members on the Technical Advisory Committee (TAC) on the policy rate to announce the rate cut.

The Reserve Bank of India issued guidelines for the Gold Monetisation Scheme (GMS) that allow banks to fix their own interest rates on gold deposits.

As per World Bank Report 11 new payments banks is expected to expand penetration of the banking sector in vast rural areas of the country.

Maharashtra headquartered Yes Bank has inked a partnership with Snapdeal and Blue Dart to enhance the “Cash on Delivery” (COD) model by making strategic interventions in the financial supply chains of these companies.

SEBI has ordered attachment of banks and demat accounts of 11 entities to recover dues worth nearly Rs 22 lakh imposed on them for violation of norms.

The market regulator has been given powers to attach properties and bank accounts of persons and entities which have failed to comply with directions involving payment of penalties and other dues.

Japan has offered to finance India’s first bullet train with an estimated cost of Rs. 90000 crores at an interest rate of less than 1%. The loan is likely to cover 80% of the project.

As per Japan International Cooperation Agency (JICA) report travel between 505-kilometre corridors linking Mumbai and Ahmedabad would be reduced to 2 hours from existing 7 hours.

The bullet train is expected to have speeds between 300km/h and 350km/h.

Bollywood actor Sanjay Dutt has purchased a franchise in the UAE-based Masters Champions League (MCL) for an undisclosed sum.

About Masters Champions League
MCL is Twenty20 cricket league formed by Zafar Shah (Chairman of GM Sports) will kick off in 2016 and will feature retired international cricketers. The tournament consists of 6 teams with a total of 90 players i.e. 15 members per squad. It was launched in Dubai.

Awarded for : His inspirational leadership and service to pan-Africanism and African independence.And also for his efforts to overcome difficulties of all kinds and his commitments for constructing his nation’s political and economic order. Delhi based, the 5 member body, National Commission for Women (NCW) has been appointed Former Water Resources Secretary Alok Rawat as its first male member by filling its 4th seat.

Finance Ministry to nominate Shaktikanta Das to RBI board 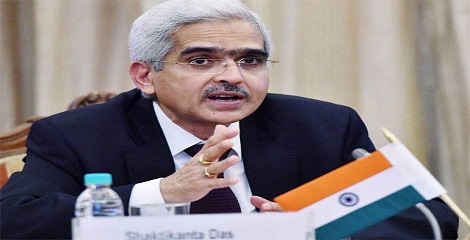 The finance ministry is going to nominate Economic Affairs Secretary Shaktikanta Das to the board of Reserve Bank of India which shows an ease in the relationship of RBI and Finmin.

Few months back when Additional Secretary Ajay Tyagi was appointed to the board in place of then Finance Secretary Rajiv Mehrishi has raised eyebrows in the relationship between two bodies.

Drug major Lupin has appointed Fabrice Egros as President, Asia Pacific and Japan. He will be based in Tokyo and will be responsible for Lupin’s growth and development across Japan, Australia, the Philippines, South East Asia and ASEAN region.

About Fabrice Egros
Fabrice holds a Degree in Pharmacy, a MS in clinical pharmacology and a Doctorate in Pharmaceutical Sciences from the University of Paris (School of Medicine and Pharmacy) and completed Advanced Management Program from Harvard University.

About Lupin Limited
Headquartered in Mumbai, Lupin is 6th largest generics player in the US and the 3rd largest Indian pharmaceutical company. 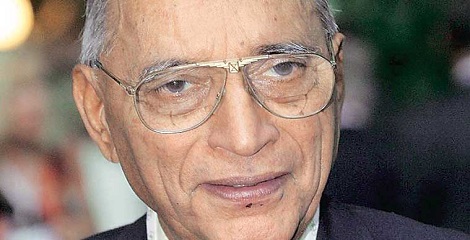 Former member of International Olympic Committee (IOC) Ashwini Kumar has passed away. He was 94. 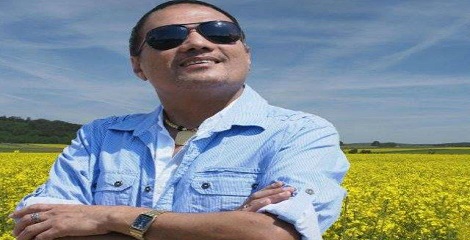 A popular Punjabi singer from Khanna near Ludhiana, Punjab Labh Janjua (57) was found dead at his residence in Goregaon, Mumbai. He was a bhangra and hip hop singer and song writer.

Police is investigating the cause of his death.