We are here for you to provide the important current affairs October 18 2017 which have unique updates of all daily events from all newspapers such as The Hindu, The Economic Times, PIB, Times of India, India Today, Indian Express, Business Standard, all Government official websites. Our complete current affairs helps you to get more marks in Banking, insurance, UPSC, SSC, CLAT, Railway and all other competitive Exams. Assam approved new IT policy
On October 17, 2017, Assam State Government approved a new Information Technology (IT) Policy.
More Details about Assam Govt’s ne IT Policy:
i. Under the new IT policy, companies involved in Business Process Outsourcing (BPO), companies engaged in software development and firms carrying out research will be provided financial support.
ii. Call centres will receive one-time incentive of Rs. 1.20 lakh per employee, with minimum intake of 100 employees.
iii. Companies engaged in software development will receive one-time support of Rs 1.50 lakh per employee.
iv. For firms carrying out research and development work and having minimum 50 seats, Rs 2.5 lakh as one-time support per employee will be provided.
v. These companies will also get the benefit of land and power supply at subsidised rates.
Quick Facts about Assam:
Capital – Dispur
Current Chief Minister – Sarbananda Sonowal
Current Governor – Jagdish Mukhi 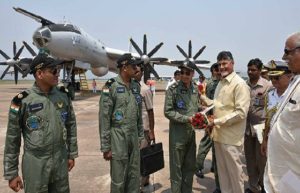 TU142M Aircraft museum:
i. Andhra Pradesh Chief Minister Chandrababu Naidu and Eastern naval command Chief Vice Admiral H.C.S.Bisht laid the foundation stone of the TU142M aircraft museum. This is being built at the Beach Road in Visakhapatnam.
ii. The Russian aircraft TU142M was decommissioned at INS Rajali in Tamil Nadu after 29 years. It was brought to Visakhapatnam on 8th April 2017 to be converted into a Museum.
iii. The TU142M aircraft museum will be inaugurated by President Ram Nath Kovind in December 2017.
Aerospace museums in India:
♦ HAL Aerospace Museum – Bangalore
♦ Indian Air Force Museum – Palam
♦ Naval Aviation Museum – Dabolim 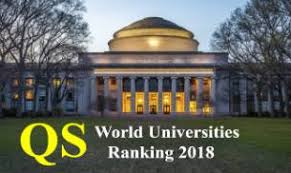 Gandhi museum inaugurated in Durban on land owned by Mahatma Gandhi
On 18th October 2017, Gandhi museum was inaugurated on a small piece of land once owned by Mahatma Gandhi in Durban, KwaZulu-Natal Province, South Africa.
Gandhi Museum in Durban:
i. Minister of State for External Affairs V K Singh inaugurated the museum. The museum will reflect the life and universal influence of Mahatma Gandhi.
ii. Mahatma Gandhi owned the land in 1897 and used to hold public meetings there. When Gandhi left Durban in 1914, he transferred the ownership of the land to the Natal Indian Congress, which had planned to erect a new building in 1964.
iii. But the plans were stopped by the apartheid-era laws prohibiting this. Hence the site was used as a car park in the 1980’s. The Mahatma Gandhi Memorial Trust (MGMT) has constructed this museum.
iv. An exhibition titled ‘Gandhi in Durban’ has been set up at the museum by the Durban Local History Museum.
Other museums for Mahatma Gandhi:
♦ Gandhi Memorial Museum – Madurai
♦ National Gandhi Museum – New Delhi
♦ Gandhi Sangrahalaya – Patna 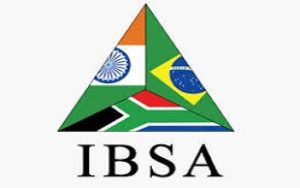 i. On behalf of Indian Government, the agreement was signed by Minister of State for External Affairs, V K Singh, who led the Indian side at the 8th IBSA trilateral Ministerial Commission Meeting in Durban, South Africa.
ii. The meeting was also attended by Brazil’s Foreign Minister Aloysio Nunes Ferreira and South African Foreign Minister Maite Emily Nkoana-Mashabane.
iii. The IBSA Fund was created in 2004 with an aim at to support viable and replicable projects that contribute to the national priorities of other developing countries.
iv. Each country (India, Brazil and South Africa – IBSA) contributes USD 1 million annually to this fund.
v. The fund is managed by the UN Development Programme’s (UNDP) Special Unit for South-South Cooperation. More Details:
i. Yes Bank has signed a deal with Essel Infraprojects for the above mentioned STP which will be constructed under Hybrid Annuity-Public Private Partnership (PPP) Model.
ii. Management of Yes Bank has stated that they are committed to sustainable projects such as STPs which have significant social and ecological impact.
iii. ‘Namami Gange Programme’ is Union Government’s Integrated Conservation Mission, which was launched to accomplish the twin objectives of effective abatement of pollution, conservation and rejuvenation of National River Ganga.
iv.Setting up sewage treatment infrastructure is one of the main pillars of Namami Gange Programme.
Quick Facts about Yes Bank:
♦ Founded in – 2004
♦ Headquarters – Mumbai
♦ Current CEO – Rana Kapoor 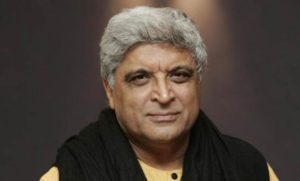 Hridaynath Mangeshkar Award to Javed Akhtar:
i. Javed Akhtar will be awarded Hridaynath Mangeshkar Award on the 28th  anniversary of Hridayesh Arts and the 80thbirthday of veteran music composer Hridaynath Mangeshkar. Javed Akhtar will receive Rs.1,00,000 along with a memento.
ii. The programme is being presented to celebrate the 75 year old music career of singer Lata Mangeshkar. Hridayesh Arts, in association with Jay Satya Charitable Trust, is organising a music programme titled ‘Amrut Hriday Swar Lata’, presented by Annu Kapoor Films Pvt Ltd.
iii. The event is to be held at Shanmukhanand Hall, Kings Circle in Mumabi. It will be directed and anchored by actor Annu Kapoor.
About Javed Akhtar:
♦ Occupation – Poet, lyricist, scriptwriter
♦ Awards – Padma Shri, Padma Bhushan, the Sahitya Akademi Award & 5 National Film Awards 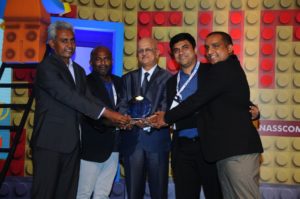 ACI ranks Hyderabad airport No. 1 in 5 to 15 million category
Hyderabad’s Rajiv Gandhi International Airport (RGIA) has ranked No. 1 in the Airports Council International’s (ACI) service quality survey in the category of 5 to 15 million passengers per annum.
i. On a scale of 1 to 5, Hyderabad airport’s score improved from 4.4 in 2009 to 4.9 in 2016.
ii. RGIA was opened in year 2008 and is operated by GMR Hyderabad International Airport Ltd. (GHIAL).
iii. A trophy for this accomplishment for the year 2016 was handed over to GHIAL CEO, S G K Kishore during the 27th ACI Africa/world annual general assembly at Port Louis in Mauritius on October 18, 2017.
iv. Mr. Kishore received the trophy from ACI’s Director General Angela Gittens and CEO of Airports Company South Africa, Bongani Maseko.

i. When Obama was the President, India had earlier expressed its interest to acquire EMALS.
ii. US Secretary of State Rex Tillerson will be visiting India soon and before his visit Trump administration has informed of its decision to give EMALS to India.
iii. EMALS also weighs less, is expected to cost less and require less maintenance, and can launch aircraft that are heavier or lighter.
iv. This EMAL will help to launch heavy combat planes from the short runway of an aircraft carrier using electromagnetic force, instead of the old steam-powered catapults.
v. The US has agreed to release this technology for the Indian Navy’s under development future aircraft carrier, INS Vishal.
EMALS
♦ The Electromagnetic Aircraft Launch System(EMALS), is a type of aircraft launching system currently under development by the General Atomicsfor United States Navy.
♦ Its main advantage is that it accelerates aircraft more smoothly, putting less stress on their airframes

Odisha unveils portal for easy access to government data
On 17th October 2017, Odisha government unveiled the State Open Government Data Platform namedwww.odisha.data.gov.in.
Portal for easy access to government data:
i. Odisha’s Chief Secretary A P Padhi inaugurated the portal www.odisha.data.gov.in. He asked the data officers of all departments to upload information of their respective departments on the website within a week.
ii. This Government data Portal has been launched with the main objective of sharing data with people. Various service delivery departments like health & family welfare, education, women & child development were asked to upload their data on the platform.
iii .Each department was asked to upload at least 10 data faces within the coming seven days in the portal and go on adding to that regularly.
About Odisha:
♦ Capital – Bhubaneswar
♦ Governor – S.C. Jamir
♦ Chief Minister – Naveen Patnaik

Income Tax department launches ‘online chat’ to answer taxpayers queries
The Income Tax Department has launched an ‘online chat’ service for taxpayers to seek answers to their basic queries and doubts relating to direct tax issues.
Online chat option by Income tax department:
i. A window has been hosted on the main page of the income tax department’s website —www.incometaxindia.gov.in/ — with an icon stating ‘Live Chat Online – ask your query.’
ii. A team of experts from the department and independent tax practitioners have been assigned to answer the general queries of a taxpayer.
iii. An option has been provided to the taxpayer for emailing the entire chat to their ids for future reference. More features would be added based on the feedback from users.
iv. A precautionary note at the beginning of the chat, states: “The replies are based on the opinion of the expert and in no manner it should be interpreted as the clarification by the Income-tax Department on any matter.”
About Income Tax department:
♦ Chairman of Central Board of Direct Taxes – Sushil Chandra
♦ Minister responsible – Arun Jaitley

Kerala High Court restores life ban on Sreesanth
On 17th October 2017, the Kerala High Court restored life ban imposed on cricketer S.Sreesanth by the Board of Control for Cricket in India (BCCI).
Life ban on Sreesanth restored:
i. The order came on an appeal filed by the Board of Control for Cricket in India (BCCI) CEO Rahul Johri against a single-judge verdict cancelling the life ban imposed on Sreesanth over allegation of IPL spot-fixing scandal.
ii. Sreesanth was imposed a life ban by the BCCI in 2015. He was charged with spot-fixing while playing for Rajasthan Royals in the Indian Premier League (IPL).
iii. The Kerala high court delivered its verdict that, for the time being, Sreesanth cannot play for the Kerala Ranji team and also cannot participate in practice sessions at any place that comes under the control of the BCCI or any State cricket association.
About S.Sreesanth:
♦ Role – Bowler
♦ Batting – Right-handed
♦ Bowling – Right-arm fast-medium 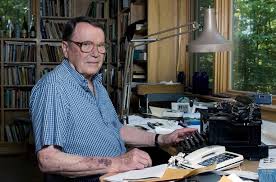 Death of Richard Wilbur:
i. Richard Wilbur was 96 years old. He was born in New York in 1921. As a teenager, his poem about a nightingale was published in John Martin’s Magazine.
ii. His first book, “The Beautiful Changes and Other Poems,” came out in 1947. He also wrote children’s books and translated many European poets.  In 2004, his “Collected Poems, 1943-2004” was published. He was also known for his translations.
iii. He received numerous literary honors, including the National Book Award and two Pulitzer Prizes, for “Things of This World,” and “New and Collected Poems”.
iv. Wilbur married Charlee Ward in 1942. They had four children. Charlee Ward Wilbur died in 2007.
About Richard Wilbur:
♦ Occupation – poet, literary translator
♦ Nationality – American

Congress MLA Ram Singh Yadav passes away
Mr. Ram Singh Yadav, Congress MLA of Shivpuri (Madhya Pradesh) passed away on 18thoct 2017 after a sudden heart attack.
i. The 74 years old, was living with his wife and two children.
ii. He was also popularly known as “Dadaji” among his supporters, was also holding the post of Shivpuri District Congress president.
iii. He suffered a heart attack and was rushed to a hospital in Gwalior, around 40km from his native, where he breathed last.
iv. He was elected from Kolaras vidhan sabha seat in the 2013 assembly elections in Shivpuri district of Madhya Pradesh.