US author George Saunders has won 2017 Man Booker Prize for his novel ‘Lincoln in the Bardo’.

About George Saunders and his novel ‘Lincoln in the Bardo’: 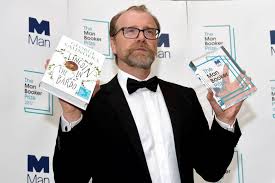 Man Booker Prize is presented by Man Group and is awarded for best original novel, written in the English language, and published in the UK.