Israeli author David Grossman has won the Man Booker International Prize for his novel “A Horse Walks Into a Bar.”

The award was announced on 14th of June in London.The prize was previously a career honour but changed last year to recognise a single book in a bid to increase the profile of international fiction in English-speaking countries. 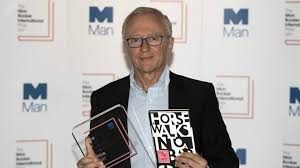