We are here for you to provide the important current affairs june 15 2017 which have unique updates of all daily events from all newspapers such as The Hindu, The Economic Times, PIB, Times of India, India Today, Indian Express, Business Standard, all Government official websites. Our complete current affairs helps you to get more marks in Banking, insurance, UPSC, SSC, CLAT, Railway and all other competitive Exams. 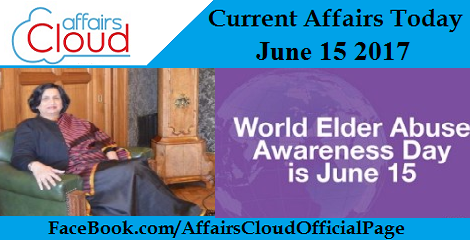 Key Notes:
i. The move will help draw the attention of the world towards India’s cleanliness campaign.
ii. The organisation is currently working in some villages of Mewat to make them ODF, one of which will be named after Trump.
iii. Pathak made the announcement at a community event organised in the suburbs of Washington DC.

Nalanda varsity to collaborate with South Korean Institute
The Nalanda University has signed a Memorandum of Understanding with South Korea’s Academy of Korean Studies for academic cooperation.
Key Notes:
i. According to the university officials, Nalanda University Vice Chancellor Professor Sunaina Singh and Professor Shin Jong Won, Vice President Academy of Korean Studies (AKS) has signed a Memorandum of Understanding for academic linkages and collaborations in Patna.
ii. As per the MoU, the two universities have agreed to enhance the bilateral ties through joint research programme.
iii. The MoU will be in effect for five years.
iv. They will exchange of faculty members, mutual sharing of data for academic research, joint teaching, undertake joint research projects and symposiums.
South Korea :
♦ Capital: Seoul
♦ Currency: South Korean won

Centre launches IDCF to reduce child deaths due to diarrhea
Union Health Ministry has launched an Intensified Diarrhoea Control Fortnight (IDCF) across the country on 15th of June 2017.
Key Notes:
i. It has been launched to reduce child deaths due to diarrhoea.
ii. Nearly 12 crore children will be covered during the programme.
iii. Diarrhoea can be prevented with safe drinking water, sanitation, breastfeeding and appropriate nutrition.
iv. It is one of the most common childhood illnesses so through this initiative, the Ministry

will mobilize health personnel, State Governments and other stakeholders in controlling the disease.
v. Awareness campaign on hygiene and promotion of ORS and Zinc therapy will be conducted at state, district and village levels.
vi. An estimated 1.1 million children die every year in India out of which about one lakh death occur due to this disease.
vii. According to the Ministry there has been a consistent decline in the infant mortality rate and under-five mortality rate due to increased access to immunisation and child healthcare services. 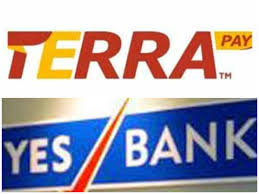 RBI places restrictions on banking activities of Central Bank of India
The Reserve Bank of India (RBI) has placed Central Bank of India under prompt corrective action. It puts restricts on banking activities such as from lending, hiring and expanding branches.
Key Notes:
i. RBI has triggered PCAs for four banks – IDBI Bank, UCO Bank, Dena Bank and Indian Overseas Bank.
ii. The RBI has mentioned that the PCA has been triggered in view of negative return on assets and high ratio of bad loans.
iii. The PCA is triggered so that it allows the regulator to engage closely with the bank’s management in order to improve their financial health.
iv. The PCA was initiated on the Central Bank of India has reported losses for two consecutive years.
v.The CBI had negative return on assets and its share of bad loans has crossed 6%.
vi.Central Bank has reported loss of Rs 2439 crore for fiscal year 2016-17 against losses of Rs 1418 crore a year ago
Central Bank of India:
♦ Headquarters: Mumbai
♦ Tagline: Build A Better Life Around Us

AIIB grants USD 150 Mn loan for India Infrastructure Fund
The Board of Directors of the Asian Infrastructure Investment Bank (AIIB) has approved USD 150 million equity investment to the India Infrastructure Fund.
Key Points:
i. The meeting was held in Jeju in South Korea.
ii. The Infrastructure Fund aims to invest in mid-cap infrastructure companies in India.
iii. This initiative will benefit local infrastructure development by enhancing private capital inflows from global long-term investors, such as public pension funds, endowments and insurance companies
iv. AIIB also approved loans to support transport and power projects in Georgia and Tajikistan.
v. The bank, in which India is a lead partner, has approved two loans and one equity investment totaling USD 324 million to support infrastructure projects in India, Georgia and Tajikistan.
vi. They also want to expand the bank’s equity and loan deal sourcing pipelines in the private sector through its equity participation in this fund. 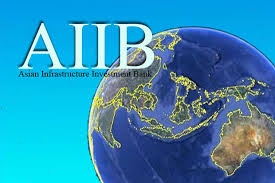 IOC, BPCL, HPCL sign agreement to set up $40 billion refinery in Maharashtra
On June 14, 2017, public sector oil firms IOC, BPCL and HPCL signed an agreement to jointly set up the world’s largest refinery and petrochemical complex at Ratnagiri district of Maharashtra. The total cost for setting up this refinery is estimated to be $40 billion.
i. Indian Oil Corp (IOC) will be the lead partner with 50% stake while Hindustan Petroleum Corp Ltd (HPCL) and Bharat Petroleum Corp Ltd (BPCL) will take 25% stake
ii. The entire refinery will include three crude units of 20 million tonnes each.

India imposes anti-dumping duty of up to 118 dollar/tonne on import of hydrogen peroxide & on Chemical Import from Pak, 4 Others
India has imposed anti-dumping duty up to 118 dollar/tonne on import of hydrogen peroxide -other than of food and electronic grade with concentration of 90 per cent and above from Bangladesh, Taiwan, Korea, Pakistan and Thailand.
i. The duty has been levied to protect domestic manufacturers from material injury due to the cheap imports.
ii. The anti-dumping duty is in the range of USD 27.81-117.94 per tonne.
iii. It will remain in place for five years.
Background Information:
National Peroxide Ltd and Hindustan Organic Chemicals had approached the Directorate General of Anti- Dumping and Allied Duties (DGAD) for initiation of an anti- dumping probe and imposition of a related duty concerning imports of hydrogen peroxide.
♦ The investigation found that the chemical has been exported to India below its normal value and the domestic industry has suffered material injury.
♦ DGAD made recommendations to the revenue department to impose the levy.

Israel’s David Grossman wins Man Booker Prize for ‘A Horse Walks Into a Bar
Israeli author David Grossman has won the Man Booker International Prize for his novel “A Horse Walks Into a Bar.”
i. The award was announced on 14th of June in London.The prize was previously a career honour but changed last year to recognise a single book in a bid to increase the profile of international fiction in English-speaking countries.
ii. The award has a prize of 50,000 pounds ($64,000).The award will split between Grossman and translator Jessica Cohen. 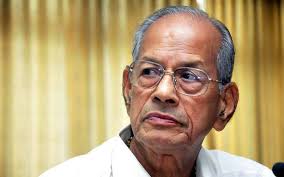 country.
iii. The award consists of a purse of Rs.25,000 and a trophy.
iv. The previous recipients of the award, instituted in 2008, included E. Chandrasekharan Nair, PrayarGopalakrishnan, V. Kurian, M.S. Swaminathan, P.J. Joseph, Vakkom B. Purushothaman, K.C. Joseph, and C. Divakaran.
v. Dairy Development Minister K. Raju will present the award at a ceremony to be held soon after the 31st annual general meeting of the union on 14th of June.

TCS executive Ramanathan Ramanan to head Atal Mission under NITI Aayog
Under the Niti Aayog Ramanathan Ramanan has appointed as the Mission Director of the Atal Innovation Mission.
Key Notes:
i. Ramanan is presently working with the Tata Consultancy Services (TCS).
ii. He has been appointed to the post “without pay and allowances” but with the provision of entitlement for government accommodation at New Delhi and all other official expenses including travel. 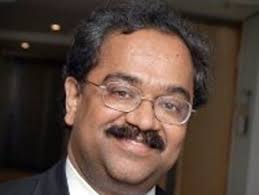 iii. The Appointments Committee of the Cabinet has approved his appointment in the rank of Additional Secretary to Government of India.
iv .He has been appointed on secondment basis from the TCS, initially for a period of two years, an order issued by the Department of Personnel and Training (DoPT) .
About Atal Innovation Mission
♦ The Atal Innovation Mission is the Centre’s endeavour to promote a culture of innovation and entrepreneurship.
♦ Its objective is to serve as a platform for promotion of world-class innovation hubs, start-up businesses and other self-employment activities, particularly in technology driven areas.

Kajal Singh appointed as Executive Vice President, GSTN
Senior bureaucrat Kajal Singh has appointed as Executive Vice President (Services) in Goods and Services Tax Network (GSTN).
Key Notes:
i. The GSTN is a special purpose vehicle set up to provide Information Technology infrastructure for implementation of the GST.
ii. He is a 1992 batch officer of Indian Revenue Service (Customs and Central Excise).
iii .An order is issued by Department of Personnel and Training (DoPT) thathe has been appointed to the post for a period of three years

China launches its first X-Ray space telescope to study Black holes
According to the official Xinhua news agency a Long March-4B rocket has carried the 2.5-tonne telescope into orbit from the Jiuquan Satellite Launch Center in northwest China’s Gobi Desert at 11:00 am (3:00 GMT).
Key Notes:
i. The Hard X-ray Modulation Telescope (HXMT), named Insight, will allow Chinese scientists to observe magnetic fields and the interiors of pulsars and better understand the evolution of black holes.
ii. Through this telescope, scientists will also study how to use pulsars for spacecraft navigation.
iii. It will also help scientists search for gamma-ray bursts corresponding to gravitational 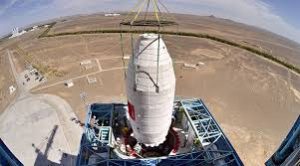 waves and study how to pulsars can be used for spacecraft navigation.
iv.The creative new function pushes the satellite’s observation band up to 3 MeV and a very good energy spectrum.
v. In April, China’s first cargo spacecraft successfully docked with an orbiting space lab – a key development toward China’s goal of having its own crewed space station by 2022.
vi. Last month, China opened a “Lunar Palace” laboratory on Earth to simulate a moon-like environment and house students for up to 200 days as the country prepares for its long-term goal of sending humans to the natural satellite.

Telangana launches Pashu Bazar website for online Cattle sale
The farmers of Telangana will soon be able to sell and purchase cattle online.
Key Notes:
i .The state government has launched a website to facilitate this service.
ii. The special Chief Secretary of Animal Husbandry, Suresh Chanda haslaunched the website and it is developed with NIC’s support.
iii. The online sale or purchase of cattle through pashubazar.telangana.gov.in
iv. The website will help farmers as the cattle need not be brought to shandies every time.
v. Farmers can also save transportation cost on cattle.
vi. The Pashu Bazaar platform was developed to help farmers to sell their animals without physically taking them to weekly markets.
About Telangana
♦ Capital: Hyderabad
♦ CM: K. Chandrashekhar Rao
♦ Governor: E.S.L. Narasimhan 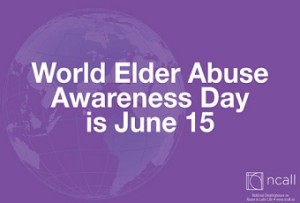 i. It represents the one day in the year when the whole world voices its opposition to the abuse and suffering inflicted to some of our older generations.
ii. It was officially recognized by the United Nations General Assembly.
iii. It is recognized in its resolution of 66/127,December 2011, following a request by the International Network for the Prevention of Elder Abuse (INPEA), who first established the commemoration in June 2006.