We are here for you to provide the important current affairs December 29 2017 which have unique updates of all daily events from all newspapers such as The Hindu, The Economic Times, PIB, Times of India, India Today, Indian Express, Business Standard, all Government official websites. Our complete current affairs helps you to get more marks in Banking, insurance, UPSC, SSC, CLAT, Railway and all other competitive Exams. 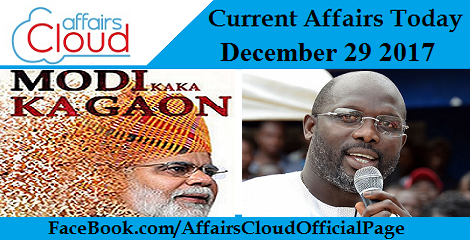 Environment Ministry launches new regional project to tackle stubble burning
On December 28, 2017, Union Ministry of Environment, Forest and Climate Change approved a regional project on ‘Climate Resilience Building among Farmers through Crop Residue Management’ under the National Adaptation Fund for Climate Change (NAFCC).
Salient features of Project on ‘Climate Resilience Building among Farmers through Crop Residue Management’:
i. This project aims to contain the problem of stubble/crop residue burning which has intensified during recent years in Punjab, Haryana and Uttar Pradesh.
ii. Stubble burning results in deterioration of air quality in surrounding region and thereby poses a serious health hazard.
iii. The project will be initiated with awareness generation among farmers. Following the awareness generation drive, capacity building activities will be undertaken to encourage farmers to adopt alternate practices.
iv. Besides, various technology-based interventions will be resorted to for managing crop residue.
v. Approval has been granted for first phase of the project covering Punjab, Haryana, Uttar Pradesh and Rajasthan. 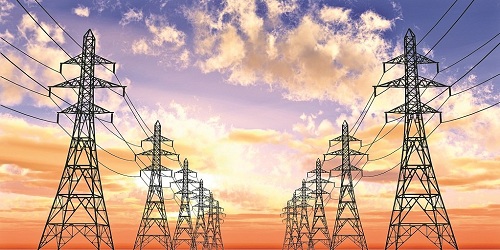 i. This is a first of its kind initiative, undertaken by Telangana State Government which will benefit 23 lakh farmers in Telangana.
ii. Electricity supply is of utmost importance for farmers who use motorised pumps for irrigation.
iii. Supplying free 24-hour electricity to all farmers in the state will create an overall power demand of 11000 MW which will be fully met by March 2018.
iv .Power utilities in Telangana have spent Rs 12610 crore in setting up new power lines, transformers and sub-stations for this purpose.
Quick Facts about Telangana:
♦ Capital – Hyderabad
♦ Current Governor – E.S.L. Narasimhan
♦ Current Chief Minister – K. Chandrashekar Rao
♦ Important National Park – Mrugavani National Park 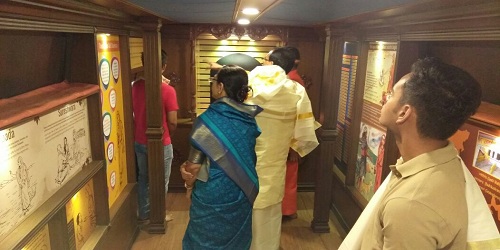 About Adi Shankaracharya and ‘Ekatm Yatra’:
i. This mobile museum, showcases various aspects of the life of Adi Shankaracharya, an early 8th century Indian philosopher and theologian who consolidated the doctrine of Advaita Vedanta.
ii. The mobile museum would cover various places including Kalady, Udupi, Dharmasthala and Sringeri.  It will reach Omkareshwar in Madhya Pradesh on January 22, 2017 where a 108-feet high Ashtadhatu statue of the saint would be installed.
iii. It is a part of ‘Ekatm Yatra’ launched by the Madhya Pradesh government to collect metal pieces for installing a 108-feet tall statue of Adi Shankaracharya at Omkareshwar, Madhya Pradesh.
iv. ’Ekatm Yatra’, launched on December 19, 2017, would traverse through Indore, Dewas, Rajgarh, Guna, Ashok Nagar, Shivpuri, Sheopur, Morena, Bhind, Gwalior and Datia in Madhya Pradesh and would culminate at Omkareshwar on January 22, 2017.
v. Young Adi Shankara met his guru Govinda Bhagavatpada at Omkareshwar, situated on the banks of the Narmada river. 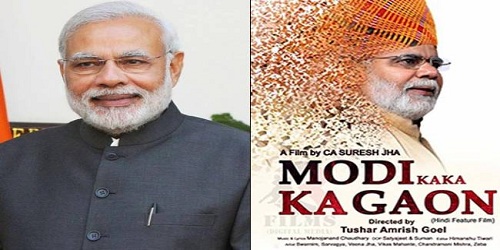 Modi Kaka Ka Gaon:
i. The film is directed by Tushar A. Goel. The character of Narendra Modi is played by Mumbai businessman Vikas Mahante. The music for the film was composed by Manojanand Choudhary.
ii. This film is said be inspired by Narendra Modi’s development plans for India. This film was granted censor certification by Central Board of Film Certification (CBFC) in November 2017.
About Central Board of Film Certification (CBFC):
♦ Chairperson – Prasoon Joshi
♦ CEO – Anurag Srivastava

China launches world’s largest human genome research project
China has launched the world’s largest human genome research project to document the genetic makeup of one lakh people.
Details about World’s Largest Human Genome Research Project:
i. The objective of this project is to detect the genetic links between health and sickness and use that information to generate precision medicines for the future.
ii. The project envisages to decode the hereditary information contained in each of the 25000 known human genes.
iii. One person from different ethnic backgrounds and regions across China have been selected to be a part of this project.
iv. The project will be executed in four stages viz. collecting, sequencing gene samples, gathering the data and sharing the findings.
v. Gene sequencing and analysis is expected to be completed within four years. 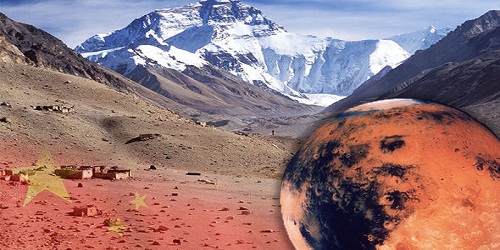 More Information about Mars village in Qinghai Province:
i. The upcoming Martian village will be constructed in the red rock area of the Qaidam basin in western Qinghai.
ii. Owing to the red rocky area, Qaidam basin is recognised as “the most Martian place on Earth.”
iii. The Martian Village will be spread across 702 hectares of land and will entail an investment of USD 130 million.
Quick Facts about China:
♦ Capital – Beijing
♦ Currency – Renminbi
♦ Current President – Xi Jinping
♦ Important Rivers – Yellow River, Yangtze

KKR gets RBI nod to start India’s 1st Foreign-owned ARC
International investment firm, KKR & Co has received an approval from Reserve Bank of India (RBI) to start an asset reconstruction company (ARC) in India and has thereby become the first foreign investor to fully own ARC in India.

i. Asset Reconstruction Company is a financial entity that buys the non-performing assets (NPAs) or bad assets from banks and financial institutions at a mutually agreed value and tries to revive it by using specialised knowledge and expertise. ARCs help banks/financial institution to get rid of NPAs and focus on their core business rather than chasing defaulters.
ii. In a bid to tackle the mounting NPAs problem in Indian banking system, in May 2016, Indian Government allowed foreign institutions to have 100% ownership in asset reconstruction companies in India.
iii. KKR is known for its big ticket financing and private equity deals in India.
iv. It is planning to deploy a major portion from its Asia fund for buying troubled assets in India.
Quick Facts about KKR & Co.:
♦ Founded in – 1976
♦ Businesses – Private Equity, Investment Banking
♦ Headquarters – New York, US

S&P puts Indian banks in ‘Group 5’ with Italy, Spain, UAE
International rating agency Standard & Poor’s (S&P) has classified Indian Banking sector under ‘Group 5’ of its Banking Industry Country Risk Assessment (BICRA).
S&P’s outlook on India Banking Sector:
i. Spain, Italy, Ireland, Panama, Poland, Bermuda, Peru, South Africa, Qatar and UAE are other countries placed under ‘Group 5’ along with India.
ii. As per S&P, risk of rising economic imbalances for banks in India is ‘low’ on account of good franchise, extensive branch networks and large domestic savings base.
iii. However, it has drawn attention to the massive non-performing assets (NPAs) in the Indian banking system and has stated that asset quality of Banks in India has been deteriorating in the past four years.
Quick Facts about Standard & Poor’s:
♦ Incorporated in – 1941
♦ Headquarters – New York, United States 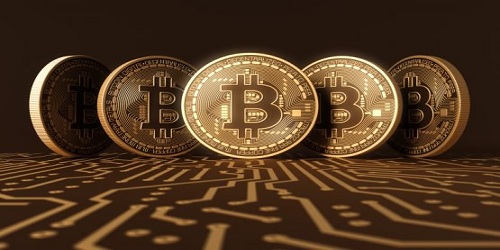 Details about Pluto Exchange’s app for trading virtual currencies:
i. Pluto Exchange’s app will be India’s first app-based wallet that enables bitcoin transactions using a mobile number.
ii. Users of Pluto Exchange’s app will be able to buy, sell, store and spend bitcoins via a mobile by number using a four-digit personal identification number (PIN).
iii. The app would also permit a range of transactions including payments, business-to-business commerce, remittances, asset management supply chain finance and trading.
iv. In the context of this news, it is important to note that crypto currencies including Bitcoin are decentralised digital currencies which are not backed by any Sovereign Government, Central Bank or monetary authority. 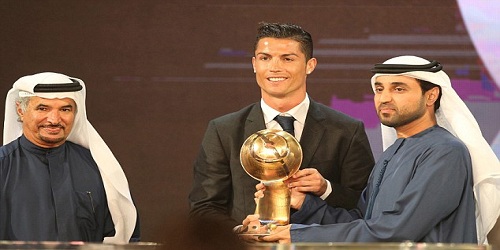 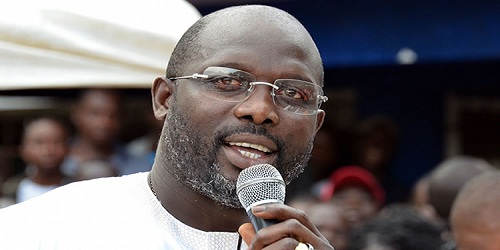 Sumita Misra appointed as joint secretary in PM’s economic advisory council
Senior bureaucrat Sumita Misra has been appointed as joint secretary in Economic Advisory Council to the Prime Minister, EAC-PM.
About Sumita Misra and EAC-PM:
i. Sumita Misra is 1990 batch IAS officer of Haryana cadre. She has been appointed to this post for a period of five years.
ii. EAC-PM was set up in September 2017. Its task is to analyse all critical issues, economic or otherwise, that are referred to it by the Prime Minister and offer advise on the same.
iii. Dr. Bibek Debroy, Member of NITI Aayog is the Chairman of EAC-PM, while Ratan P. Watal, Principal Adviser of NITI Aayog is the Member Secretary. Dr. Surjit Bhalla, Dr. Rathin Roy and Dr. Ashima Goyal are part time members of this council. 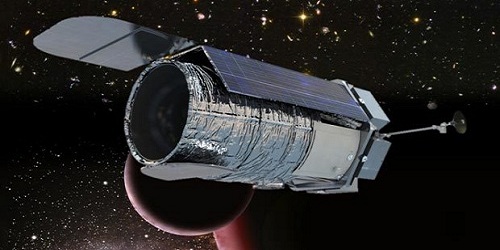 NASA to launch WFIRST in 2020:
i. WFIRST has a 300-megapixel Wide Field Instrument. This will capture the sky area 100 times larger than the previous Hubble telescope.
ii. WFIRST will study about dark energy. The Wide Field Instrument will also enable WFIRST to measure matter in hundreds of millions of distant galaxies through a phenomenon stated in Einstein’s relativity theory.
iii .WFIRST will picture how matter is structured throughout the universe. This will help scientists to test the governing physics of the assembly of universe.
Some of NASA’s missions to Mars:
♦ Mars Polar Lander
♦ Mars Science Laboratory (MSL)
♦ Mars Scout program 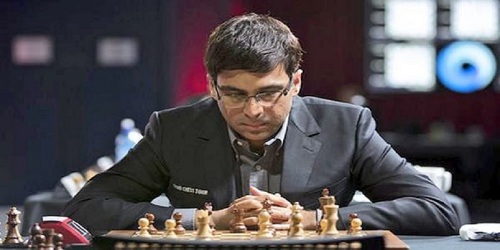 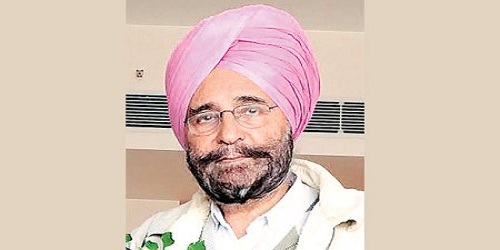 Death of Dr Daljit Singh:
i. Dr Daljit Singh is named a pioneer of lens implant surgery. He was born on October 11, 1934, in Amritsar.
ii. He served as a general practitioner in rural areas. He had worked at Government Medical College, Patiala, for five years. He had received Padma Shri award for his service to medical science in 1987.
About Indian Medical Association (IMA):
♦ Headquarters – New Delhi
♦ Established in – 1928