We are here for you to provide the important current affairs December 28 2017 which have unique updates of all daily events from all newspapers such as The Hindu, The Economic Times, PIB, Times of India, India Today, Indian Express, Business Standard, all Government official websites. Our complete current affairs helps you to get more marks in Banking, insurance, UPSC, SSC, CLAT, Railway and all other competitive Exams. 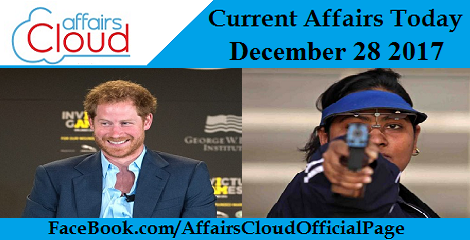 Lok Sabha passes GST (Compensation to States) Amendment Bill, 2017
On December 27, 2017, Lok Sabha passed the Goods and Services Tax (Compensation to States) Amendment Bill, 2017.This amendment bill seeks to increase maximum rate at which compensation cess on the entry relating to certain category of motor vehicles is being collected by the states.
i. It applies to motor vehicles for transport of not more than 13 persons (mostly luxury vehicles), including the driver.
ii. The amendment bill seeks to increase maximum rate from 15 to 25%……………………………………………..Click here to Read more i. At a token handing over ceremony held in New Delhi,  Minister of State for External Affairs, M.J. Akbar presented a box of anti-cholera medicines to Yemeni Ambassador Abdulmalik Abdullah Al-Eryani.
ii. This assistance was provided in response to a request from the Yemeni government. In the past, India has helped Yemen by providing food and medical assistance.
iii. In August 2012 and March 2013,  India provided food assistance to Yemen in the form of rice and wheat, each worth $2 million.
iv. Even in April 2015, Indian Government had extended medical assistance to Yemen.
Quick Facts about Yemen:
♦ Capital – sana’a
♦ Currency – Yemeni rial
♦ Current President – Abdrabbuh Mansur Hadi
♦ Neighbouring Countries – Saudi Arabia, Oman 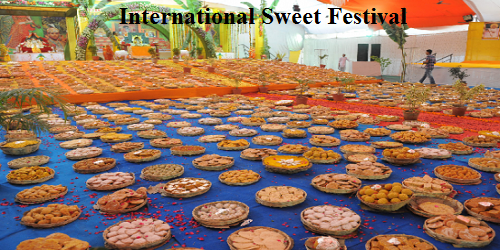 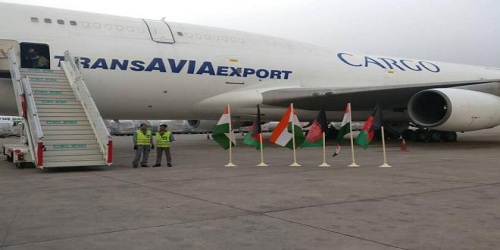 Small savings schemes interest rates cut by 20 bps
Finance Ministry has notified the reduction in interest rates on Small Saving Schemes for January -March 2018 quarter by 20 basis points (0.2%) as compared to October- December 2017 quarter……………………………………..Click here to Read more
Post this decision, the applicable interest rate on investment in various Small Savings Schemes is as under:

SBI gets board okay to raise Rs 8000 crore to comply with Basel III norms
India’s largest public sector bank, State Bank of India (SBI) has announced that its board has approved raising Rs 8000 crore to meet Basel III capital norms.
♦ Approval has been given to raise the specified quantum of fund from domestic and international markets by issuing various debt instruments including masala bonds.
♦ Bonds issued outside India but denominated in Indian Rupees, rather than the local currency are referred to as Masala Bonds.
About Basel Norms:
i. Basel norms, developed by the Basel Committee on Banking Supervision, are set of internationally agreed set of banking regulations aimed at maintaining capital adequacy, stress testing and managing market liquidity risk.
ii. Basel norms (Basel I, II, III) were developed in response to contain the deficiencies in markets that were exposed by financial crisis of 2007–08.
iii. Banks in India have to comply with Basel III norms by March 2019. 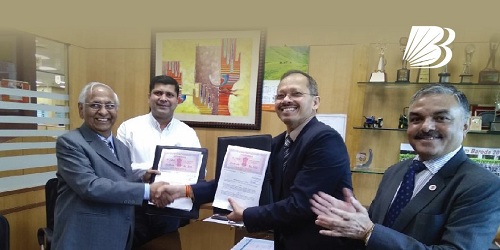 i. ’Platform for Online Ordering and Rural Transformation of India’ (POORTI) is a platform for buyers and sellers of agricultural inputs.
ii. Besides, it also provides earning opportunity for educated rural youth who can function as delivery agents.
iii. As per the MoU, Bank of Baroda and POORTI will jointly work to make this platform more purposeful for farmers who can buy agri inputs online through payment gateway of the bank.
Quick Facts about Bank of Baroda:
♦ Founded in – 1908
♦ Headquarters – Vadodara, Gujarat
♦ Current MD & CEO – P.S.Jayakumar
♦ Tagline – ‘India’s International Bank’

IDBI Bank disengages Moody’s from rating bonds
On December 26, 2017, IDBI Bank announced that it has disengaged Moody’s Investors Services (Moody’s) to rate its bond programmes.
i. IDBI Bank has terminated all contracts with Moody’s pertaining to various issues made under its MTN (medium term note) Bond Programme.
ii. It is to be noted that in August 2017, Moody’s had downgraded the ratings of IDBI’s foreign currency senior unsecured MTN programme.
iii. IDBI Bank’s local and foreign currency bank deposit ratings were also downgraded by Moody’s citing under-capitalisation.
iv. In the previous fiscal (2016-17), IDBI suffered a net loss of Rs. 5158.14 crore. Even for the two quarters of 2017-18, it has suffered combined loss of Rs. 1051 crore.
Quick Facts about Moody’s:
♦ Founded in – 1909
♦ Headquarters – New York, US
♦ Parent Organisation – Moody’s Corporation

Lendingkart raises Rs. 25 crore debt from State Bank of India
Lendingkart has announced that it has raised Rs. 25 crore loan from State Bank of India in the form of cash credit facility which can be drawn in separate tranches as and when it needs.This will be the first time SBI funding for a digital financial company.
♦ This arrangement can be inferred as SBI’s attempt to reach out to more borrowers by backing technology-enabled lending companies.
♦ Kotak Mahindra Bank Ltd and Yes Bank Ltd are other banks who have collaborated with Lendingkart.
About Lendingkart:
i. Lendingkart is a group of start-ups that offers small ticket-size loans, mostly unsecured credit, to borrowers with limited credit history.
ii. It primarily focuses on credit to Small and Medium Enterprises (SMEs) for working capital and business expansion needs.
iii. For credit assessment, Lendingkart relies on technology and non-traditional data sources. 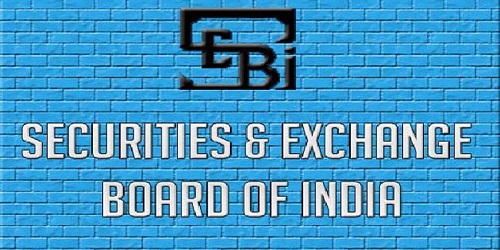 Cross-shareholding in mutual funds:
i. If this proposal is approved by SEBI’s board, any shareholder owning at least 10 per cent stake in an Asset Management Company (AMC) will not be allowed to have a 10 per cent or more stake in another mutual fund house operating in India.
ii. This norm will affect shareholding pattern of UTI Asset Management Company (AMC), as State Bank of India (SBI), Life Insurance Corporation (LIC), Baroda of Baroda (BoB) and Punjab National Bank (PNB)are having their own mutual funds and are also holding 18.24 per cent stake each in UTI AMC.
iii. Besides, SEBI is also contemplating a norm under which, a sponsor of a mutual fund, its associates, group companies and its AMC will be restricted from holding 10 per cent or more stake in a rival AMC.

Noted writer Ramendra Kumar felicitated in Sri Lanka
Writer Ramendra Kumar, was felicitated by the Writers and Publishers of Sri Lanka for his contribution to children’s literature, at a function held in Colombo, Sri Lanka.
Ramendra Kumar felicitated in Sri Lanka:
i. Ramendra Kumar’s works have been translated into 14 Indian and 13 foreign languages. His works also appear in school text books in India and other countries also.
ii. At the felicitation ceremony, his book Dilemma and other stories was also released. This is his fourth book in Sinhala.
iii. Eminent personalities like Deshabandhu Sirisunama Godage, award winning publisher and Bobby G Boteju, renowned translator were present at the function.
About Ramendra Kumar:
♦ Occupation – Writer and Engineer
♦ Genre – Children’s fiction, satire, poetry, travelogues, fiction & non-fiction for adults 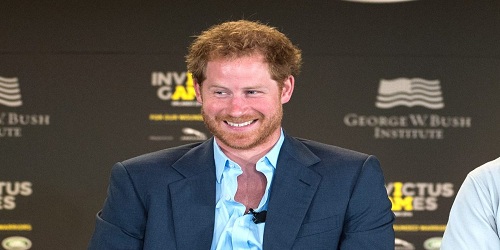 Prince Harry – President of African Conservation Group:
i. Prince Harry’s role will be to protect Africa’s natural heritage and support wildlife and communities that live around conservation areas.
ii. African Parks has praised Prince Harry’s earlier work of relocation of elephants in Malawi and installation of GPS collars on lions to keep them protected.
About African Parks:
♦ Founded – 2000
♦ Manages – 10 parks in 7 African countries currently 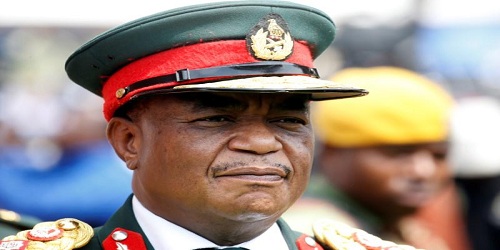 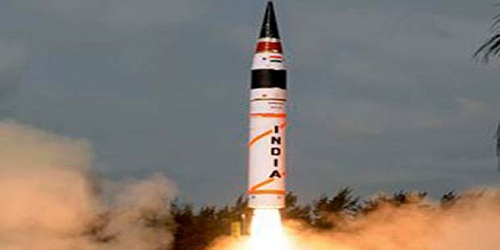 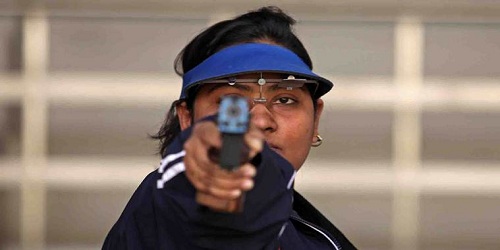 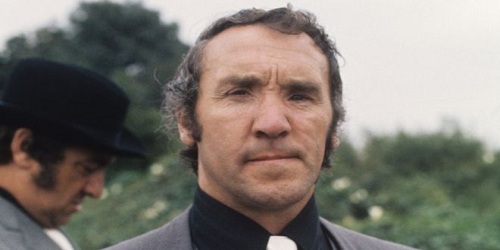