On 15th October 2015 IIM – Shillong announced that to honour the former president A.P.J.abdul Kalam , they will launch a centre for policy research .

A 2,000 square feet auditorium with a seating capacity of 200 will be set up in the IIM Shillong in Kalam’s name .

The renaming ceremony was attended by Defence Minister Manohar Parrikar,G Satheesh Reddy, Scientific Advisor to Defence Minister and Director of RCI along with other distinguished scientists, senior officials and staff of DRDO .

To honour the people President APJ Abdul Kalam and also to inspire the future generations a memorial will be built in his birthplace –Rameswaram .And Rameswaram will be developed as an AMRUT city.This announcement was made by the PM Narendra Modi on the 84th birth anniversary of APJ Abdul Kalam(15th October 2015)

A statue of APJ Abdul Kalam was also unveiled by Narendra Modi and also a photo exhibition of Kalam was inaugurated by the Modi in New Delhi during the function.

States and UTs are also requested to implement the scheme under the provisions of Section 357A.

Aim : For health workers to record maternal and infant data in real-time and there by providing best health care.

As a part of Swachh Bharat Abhiyan social organisations, NGOs and charitable institutes adopted 29 Central and 11 Western Railway stations to keep them neat and clear.

First Arab-India Economic Forum to be held in Dubai

Finmin Arun Jaitley is going to instigate two days Arab-India Economic Forum in Dubai on Nov 16-17 to draw the attention of Arab investors and discuss opportunities and solutions to face investor challenges.

After China India is the UAE’s second largest trade partner with $59 billion per year.

Indo-Mozam MoU on cooperation in renewables

India and Mozambique inked agreement for technical bilateral cooperation and investment promotion in the area of new and renewable energy has been approved by the Union Cabinet.

The Department of Pharmaceuticals (DoP) has been instituted as an inter-ministerial coordination committee to address the issues of pharma industry.

Maharashtra cabinet approved a new procurement policy to ensure transparency in purchases made by various departments with the introduction of new methods like Swiss challenge and electronic reverse auction.

Portugal signs the MoU on the Establishment of Nalanda University

Memorandum has been signed between the India and Portugal on the Establishment of Nalanda University. With this Portugal became the seventeenth country to sign this MoU and first country from Europe and fourth outside the East Asia Summit.

On 15th October 2015 an environmental permit for the construction of coal mines of Adani Enterprises was reissued d by the Australian government.Australian Environment Minister Greg Hunt’s decision opens the way for Adani to proceed the project in the undeveloped Galilee Basin .The project is about $ 7 Billion.This project will give billions of dollars as export revenue for Australia. 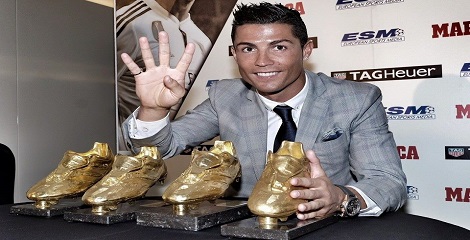 Being a leader in league goal scoring charts of season 2014-15, the 30 years old Cristiano Ronaldo was awarded the European Golden Boot in Madrid. 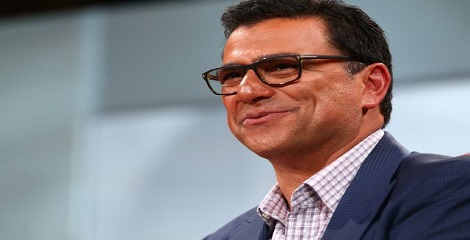 Chirping Twitter appointed erstwhile Google executive Omid Kordestani as its executive chairman. His appointed boosted up the social media company’s share with 1% to $29.36.

International women day was observed on 15th October to recognize rural women contribution in agricultural sectors and global food production. It mainly aimed at to rise to profile of rural women. It was first observed on 15 October 2008.

The day is supported