Union Information & Broadcasting Ministry framed Policy guidelines for Online Central Government advertisements
Information & Broadcasting Ministry decided to frame Policy guidelines and criteria for Central Government advertisements on websites.
Empanelment of suitable agencies: Websites are owned and operated by companies that are incorporated in India
♦ Empanelled by Directorate of Advertising and Visual Publicity
♦ Websites are owned by foreign companies be empanelled if such companies have branch office are registered and operating in India for minimum one year. 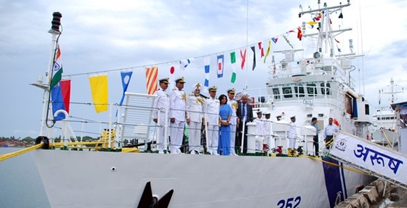 the Indian Coast Guard was commissioned into Coast Guard at Kochi by the Coast Guard Commander Additional Director General SPS Basra.
ii. The move will strengthen the side as well as to face the emerging security challenges in the maritime domain.
iii. The ship Arush holds the meaning ‘first ray of sun’, and will be based at Porbandar under the administrative and operational control of North West Coast Guard Region.
iv. The 50 meter vehicle displaces 421 tonnes and can go at a maximum speed of 33 knots with an endurance of 1500 nautical miles.

Manohar Parrikar releases booklet on defence production works in 2 yrs
i. Union Defence Minister Manohar Parrikar released a booklet that underlining the efforts made by of Defence Production in the last two years in New Delhi.
ii. The booklet is drawing together all achievements in the field of indigenous production of weapon systems and policy initiatives undertaken in last couple of years also about 119 industrial licenses have been issued it reveals.
iii. The booklet also talks about a relaxation in FDI Policy and liberalizing licensing policy and streamlining defence offset guidelines.  It also reveals that all naval ships and submarines on order are being constructed in Indian shipyards.
iv. The capital expenditure on procurement from foreign players has decreased from about 35 thousand crore rupees to nearly Rs 22,400 crore.

Centre approves Rs 4241 cr NIMZ in Odisha
i. Union government has approved Odisha’s proposal to set up an Rs 4,241 crore- National Investment and Manufacturing Zone at Kalinga Nagar in Odisha.
ii. This NIMZ would be the third Investment and Manufacturing Zone of India involving a massive area of 163 sq. km.
iii. The first phase of the project will be completed by 2020 with initial investment of Rs 3,816 crore has estimated that the NIMZ project would create employment opportunities for over 1.5 lakh people.
iv. This initiative will boost the prospect of Paradip Port, road, air and rail connectivity in the state.

Centre allocated Rs 6000 crore for welfare of people in mining areas
i. Steel and Mines Minister Narendra Singh Tomar has appealed the state governments to complete the auction process of mines so that additional revenue and employment could be generated in Jaipur.
ii. The Minister pledged to help the states in auction process also allocated Rs 6000 crore for the District Mineral Foundation which will be used for welfare of locals of mining areas.
iii. He also urged upon the states to establish District Mineral Foundation as early as possible. The sector contributes 2.4 per cent in GDP of India.

Special Webpage on two years of NDA Government unveiled by PIB.
i. The Press Information Bureau has opened a dedicated webpage that is an information source for the Media on the initiatives and achievements in the last two years of the NDA Government at the Centre chronologically.
ii. The page is hyper-linked on the main page of PIB under the icon Transforming India and Desh Badal Raha Hai.
iii. The Information Bureau has gathered a number of success stories throughout the country on various flagship programmes, innovative projects and schemes of NDA government.
iv. These success stories collection work has been carried out by 42 field offices of PIB from across the country.

Committee for Evolution of a National Education Policy submits report to Ministry of HRD
i. In a bid to give evolution to the Education system Union government-appointed committee directed by Ex-Cabinet Secretary T S R Subramanian has submitted its report of a New Education Policy.
ii. The report containing its recommendations to the Ministry of HRD which had undertaken a consultation process for framing a New Education Policy and this process included online, grassroots and national-level thematic deliberations on 33 themes.
iii. The committee has carried out a large body of outcome documents, recommendations and suggestions received and also had several meetings with various stakeholders.
iv. The process covers nearly all gram panchayats, blocks, urban local bodies and districts of all 36 states and UTs was undertaken between May to October last year.
v. This Thematic consultations were carried out by the ministry and also by institutions like UGC, AICTE, NCTE, NCERT and several universities and autonomous institutions. 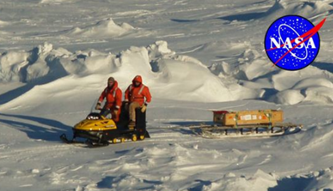 i. National Aeronautics and Space Administration carried out a study that has found that sea ice cover in the surrounding vicinity of Antarctica has been increasing slightly due to global temperature rise.
ii. These findings was entered on data collected from satellite radar, ocean depth, temperature at sea surface and also consisted land form to study.
iii. The inverse rise of the sea ice cover was observed as a result of geology of Antarctica and the Southern Ocean.
iv. These geological factors are inducing ocean currents and winds to drive the formation and evolution of sea ice cover and making to sustain it.

Bihar Govt, UNICEF and MDM Join Hand to Curb Malnourishment
i. The Bihar government MDM scheme, UNICEF and the Bihar based Rajendra Agriculture University entered into an agreement to curb malnourishment among women and children in the state.
ii. Upon this Agriculture Nutrition Cell would be set up in the Rajendra Agriculture University in Pusa Bihar.
iii. The nutritional quality assessment of food would help quality of food served to students in 7,000 schools of Bihar.
UNICEF:
♦ Founded: 1946
♦ Headquarters: New York
♦ CEO: Anthony Lake.

HDFC among world’s top 10 Consumers Financial Services Firms
Mortgage lender HDFC Ltd has been ranked 7th among the world’s ten biggest and most powerful companies in the consumer financial services sector.
♦ Topped by Global major American Express
♦ HDFC ranked at 7th position and only Indian Company in Top Ten in the Category.

Award 2016‘ at a ceremony held in Mumbai.
ii. The Horn bill Nest Adoption Programme of the Pakke Tiger Reserve was awarded the prize under the one of its four categories titled- conservation of threatened species.
iii. This is a joint initiative of the Environment, Forest and Climate Change Ministry  National Biodiversity Authority and United Nations Development programme to recognize the contribution of a range of stakeholders on the way to the conservation of biodiversity.
Horn bill Nest Adoption Programme:
iv. The Programme is for the conservation of four hornbill species that are found in the adjoining areas and urban citizens in the vicinity contributed as money to protect hornbill nests around Pakke Tiger of Pakke Tiger Reserve 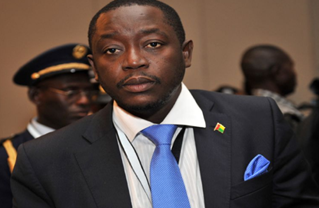 i. The West African Country-Guinea Bissau’s  President Jose Mario Vaz named Baciro Dja as prime minister
ii. This appointment made political jnrest in the country as sparking protests from political opponents who said the appointment was unconstitutional.
iii. Baciro Dja succeeds Carlos Correia, who was sacked earlier this month in a move that threatened to deepen political turmoil in the country.
iv. Earlier he had been named prime minister once in 2015, but was forced to resign after his appointment was declared unconstitutional.
Guinea Bissau
♦ Capital: Bissau
♦ Currency: West African CFA franc
♦ President: José Mário Vaz

Sanjay Bangar appointed as India’s head coach for Zimbabwe tour
i. The Board of Control for Cricket in India has named Sanjay Bangar as India’s head coach for the team’s tour to Zimbabwe and Abhay Sharma has been appointed as the fielding coach for the side.
ii. The former India all-rounder will be Head coach for the tour to Zimbabwe, which comprising 3 One-Day International matches and 3 T20 International matches to be played in Harare.
iii. In a string of appointments Zonal Secretary of the Andhra Cricket Association Koka Ramesh, as the Administrative Manager of the team for the tour.
Sanjay Bangar:
♦ He had coached India A. He also working Kings XI Punjab as a head coach since 2014.
♦ He is current batting coach of Indian cricket team.

Cabinet approves takeover of Hindustan Steel Works Construction Ltd by NBCC
i. The Union Cabinet, headed by the Prime Minister Narendra Modi has given its approval for financial restructuring of Hindustan Steel Works Construction Limited
ii. The Cabinet gave its nod for takeover by National Buildings Construction Corporation Limited (NBCC), a PSU which runs under the aegis of Urban Development Ministry.
iii. Under the proposal fee worth Rs.1502.2 crore will be converted into equity and equity capital. The paid up equity capital of the company will become 1619.3 crore. The existing paid up equity capital of the HSCL is Rs.117.1 crore.
iv. After settling the losses paid up capital of HSCL will become Rs. 34.3 crore. NBCC will infuse funds of Rs. 35.7 crore with that capital of HSCL will become Rs.70 crore.

Google wins Java copyright case versus Oracle
i. Google has won case which brought by software major Oracle that claimed Google had infringed its copyright by using 11,500 lines of Java code in its Android operating system.
ii. A six-year court case in which Oracle sought $9 billion from search major for using 11,000 lines of Java software code in its Android software.
iii. The Court has ruled Google’s use of 37 Java-application programming interfaces was fair in usage.
Google
♦ Founded: 1998
♦ CEO: Sundar Pichai
♦ Headquarters: California. 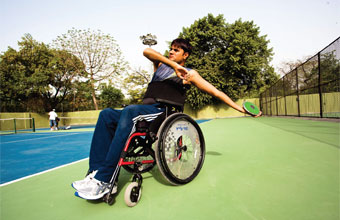 throw at the recently concluded 2016 French Open Athletics Championship in Paris.
ii. His feet of 26.58m broke the Asian record which he had himself recorded last year. He has already qualified for the 2016 Rio Paralympics.
iii. Amit is one of 15 Indian para athletes currently being supported by the GoSports Foundation through the Para Champions Programme. He was awarded with Arjuna Award by the Union government.

Veteran Communist leader KC Mathew died
i. Veteran communist leader KC Mathew laid to rest at a private hospital in Ernakulam due to age related illness. He was 92.
ii. He is the prime accused in the attack on the Edappally police station back in 1950 that made in a witch-hunt of the communists by the police.
iii. Mathew graduated from UC College in Aluva and was drawn to the communist ideals right from the college days and he was also a Freedom fighter.

Noted Marathi literary critic R G Jadhav passes away
i. Eminent Marathi literary critic R G Jadhav has died following prolonged illness at his residence in Gujarat. He was 83.
ii. He was born Vadodara in Gujarat, he served as a professor of Marathi literature in various colleges, including one in Amravati, Elphinstone College in Mumbai.
iii. He also headed over Marathi Sahitya Sammelan held in 2004 and worked as chief editor of Marathi Vishwakosha between 2000 and 2002.
iv. He also wrote more than 45 books, including Anandacha Doh and Nilee Pahat and Bapu which is a collection of 91 reflective poems on Mahatma Gandhi.