We are here for you to provide the important current affairs may 22 2017 which have unique updates of all daily events from all newspapers such as The Hindu, The Economic Times, PIB, Times of India, India Today, Indian Express, Business Standard, all Government official websites. Our complete current affairs helps you to get more marks in Banking, insurance, UPSC, SSC,CLAT , Railway and all other competitive Exams. Railway Minister Suresh Prabhu flags off high-speed Tejas Express between Mumbai-Goa
The luxurious train, Tejas Express set to be running between Chhatrapati Shivaji Terminus and Karmali in North Goa on May 22.
i. Tejas Express has ultra-modern facilities like LED TV, wi-fi, CCTV etc.The Tejas Express would operate between Mumbai and Karmali (Goa) five days a week during non-monsoon period and during monsoon, just three days a week.
ii. It has 20 coaches – one executive AC chair car with 56 seating capacity and 12 AC chair cars with 78 seat capacity of each coach.It is a super-fast train, which will run at a speed of 130 kmph. 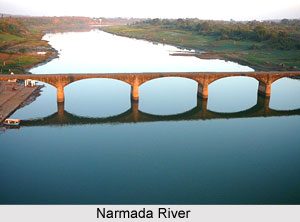 Key Points:
i. The river flows through 18 districts in Madhya Pradesh and the ban will be effective in all 18 districts.
ii. The state government has also imposed a complete ban on use of all kinds of machines for mining from the remaining rivers in the state.
iii. The committee will decide on the issue on recommendations from IIT Kharagpur with whom we have signed an MOU.

Railways Minister Suresh Prabhu inaugurated WiFi facility at 28 Railway Stations
Minister of Railways Suresh Prabhu inaugurated free Wi-Fi facility at 28 Railway Stations on 21st of May.
Key Points:
i. It has inaugurated in Konkan Railway from Kudal Railway Station in Maharashtra.
ii. Indian Railways has tied by with SYSCON/JOISTER for providing 2 Mbps peer-to-peer.
iii. Free Wi-Fi bandwidth is available for 24 hrs at 28 railway stations of Konkan Railway.
iv. The free Wi-Fi facility would help the travelers, commuters and tourists access essential information while waiting for trains on railway stations.
v. The company has now undertaken as a part of their CSR (Corporate Social Responsibility) activity of providing free Wi-Fi to rural area on the Konkan Route.

Jordan’s Azraq becomes world first clean energy refugee camp
Azraq has become the world’s first refugee camp powered by renewable energy.
Key Points:
i. To serve 20,000 Syrian refugees in the remote Azraq camp in Jordan’s desert the United Nations refugee agency switched on a newly built solar power plant.
ii. The $9.7 million plant was funded by the Ikea the global home furnishings retailer.
iii. To brighten up the lives for Refugees campaign.
iv. With the solar plant, the refugee agency is going to save $1.5 million a year in electricity costs. 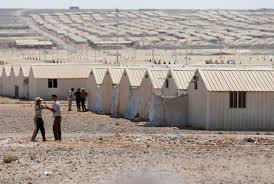 Karnataka Bank and LIC ink pact
Karnataka Bank Ltd has signed a Memorandum of Understanding (MoU) with Life Insurance Corporation (LIC) of India for selling life insurance products of LIC.
Key Notes:
i. With this MoU the bank will provide the abundance choices of life insurance products to its customers across all its 769 branches.
ii. The bank signed the corporate agency agreement with LIC in Mangaluru, Karnataka.
Some More Points:
♦ Managing Director & Chief Executive Officer of Karnataka Bank is Mahabaleshwara M.S
♦ LIC Chairman V. K. Sharma
♦ LIC HQ: Mumbai.

HDFC Life launches AI-based insurance email bot ‘SPOK’
HDFC Life has announced the launch of an artificial intelligence-based application named SPOK.
Key Points:
i. It can automatically read, understand, categorise, prioritise and respond to customer emails sent to the private insurer.
ii. SPOK is an insurance email bot that can read customer queries within milliseconds and respond to them. 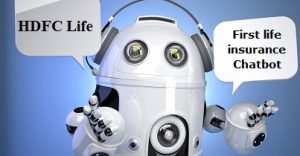 iii. SPOK will help organization in increasing operational efficiency.
iv. The email Bot is built on cutting-edge Artificial Intelligence and Natural Language Processing technologies
v. It will enable the company to respond to user queries faster, more efficiently and effectively.
vi. HDFC Life has collaborated with Senseforth. It is a startup that offers a wide range of enterprise bots built on its artificial intelligence (AI) platform

Jacqueline Fernandez wins humanitarian award for her philanthropic work in India
Bollywood actress Jacqueline Fernandez has received the International Humanitarian Award at the second annual Asian Voice Charity Awards. These awards have been instituted by Asian Voice, a leading British Asian news weekly.
i. Jacqueline has been given this award for her humanitarian work in India and abroad. Since past five years, she has been closely working with a non-profit organisation called ‘Habitat for Humanity’ which builds affordable houses for poor.
ii. She received the award from C B Patel, Publisher-Editor of ‘Asian Voice’ newspaper and Chairman of the Asian Voice Charity Awards. 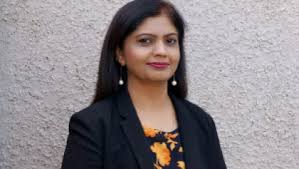 London country as an independent candidate.
ii. She was elected as a councilor to the Court of Common Council.
iii. She said in her speech her key focus areas are road safety, improved air quality, mental health and better representation of all types of businesses as part of the Brexit negotiations
iv. She has become the first India-born woman to be elected to the City of London Corporation. 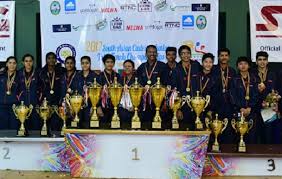 Mumbai Indians win IPL title for third time
On May 21, 2017, Mumbai Indians (MI) defeated Rising Pune Supergiant (RPS) in the Grand Finale by a margin of 1 run to win the Indian Premier League (IPL) 2017 title.
i. This final match of IPL 20217 was played at Rajiv Gandhi International Stadium in Hyderabad.
ii. Batting first, the top and middle order of Mumbai Indians struggled to smash big hits. 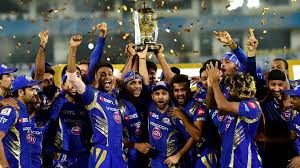 India’s Vaishali wins gold in Asian Blitz Chess Championship
India’s R Vaishali won the women’s title in the Asian Continental Blitz Chess Championship in Chengdu, China, on May 21, 2017.
i. Vaishali won seven games and posted two draws in the nine-round event. She scored 8 points from 9 rounds.
ii. She drew her final round game against Uurtsaikh Uuriintuya of Mongolia to finish half-a-point ahead of Iran’s Sarasdat Khademalsharieh and clinch the gold medal.
iii. On May 19, 2017, Vaishali secured the third spot (bronze medal) in the women’s event of Asian Chess Championship.
iv. Another Indian chess player, Padmini Rout finished third with seven points after a last round win over Yuxin Song of China. 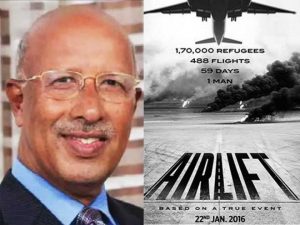 i. He is 81 years old and hailed from Kumbanad in Pathnamthitta district.
ii. Mathews had done yeoman service to bring his countrymen, who had lost everything in the war.
iii. He is popularly known as ‘Toyota Sunny’.
iv. Mathews left for Kuwait in 1956 at the age of 20 in search of job.
v. He joined as a typist in the Toyota company and become its Managing Director when he retired in 1989. 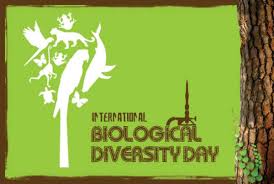 v. It is used to address several problems in conservation of environment including loss of species, destruction of habitats, over exploitation, genetic pollution, invasive species, and effects of climate change on biodiversity.
vi. On the earth, highest biodiversity is found in tropics.
vii. It is estimated that there are 8.7 million species on earth of which 2.1 million live in Oceans while rest are terrestrial.