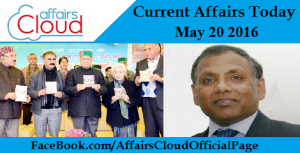 India lauded for Red Line Campaign on antibiotics
i. Red Line campaign by India to curb over-the-counter use of antibiotics is finding recognition, and could be adopted on a world scale.
ii. This campaign by India is to scale down the use of Red line antibiotics without prescription, create awareness of danger of taking antibiotics
iii. It also emphasizes about 20-30 per cent of antibiotics are used up in the absence of prior  prescription in south and east Europe and up to 100 per cent in parts of Africa, While in India to map the impact of the Red Line initiative is early.
iv. India’s Red line campaign was launched in February this year is finding recognition, and may well be take on worldwide.

Health Minister Nadda launches centre to assess environ impact on health
i. Union Health Minister J P Nadda launched the Centre for Environmental Health to judge the impact of environment-linked health problems like air pollution, climate change, pesticide use and sanitation.
ii. This is a joint initiative of the Public Health Foundation of India and the Tata Institute of Social Science.
iii. Upon this move government will carry out study across a range of environmental health issues, including chemical exposure, water and hygiene also includes capacity-building, advocacy, outreach and remedial issues.

Odisha govt to establish 100 more model schools & Odisha govt constructs 10 lakh pucca houses in two years
i. Odisha government to build 100 model schools in addition to the existing similar number of schools functioning in in backward areas of the state on a priority basis during 2016-17 fiscal.
ii. These Model Schools with an estimation amount of over 536 crore rupees during 2016-17. The Odisha Adarsha Vidyalaya Sangathan is assigned the job of establishing Model Schools.
Odisha Government constructed 10 lakh houses:
•  In past two years the state government has also constructed 10 lakh pucca houses under various rural housing schemes. The government pledged to construct 16 lakh more houses in the next three years 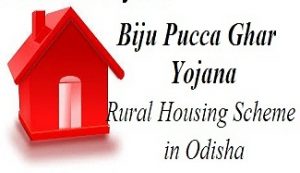 • Under the Indira Awas Yojana, the share of Odisha was 32 % in the houses built in the whole country during the 2015-16 fiscal.
Odisha:
♦ Capital: Bhubaneswar
♦ Chief Minister: Navin Patnaik
♦ Governor: Senayangba Chubatoshi Jamir

Cabinet clears Ordinance to defer NEET
i. Union Cabinet chaired has decided to set aside the Supreme Court’s order on NEET that made a pan Indian common medical entrance test mandatory.
ii. National Eligibility cum Entrance Test that outlaws the states to go with their own entrance exams and ordered that only the NEET be the basis for Medical intake.
iii. As per this Ordinance the NEET will be kept aside for one year also this will sent to the President to pass an executive order
iv. The move comes from the centre amid pressure from state governments, who had opposed the proposal on grounds of logistical issues along with regional differences.

Ranveer Jamwal Led Army Team Summits Mount Everest
i. A team of six Indian Army mountaineers successfully climbed the summit of Mount Everest led by seasoned climber Lt. Col. Ranveer Jamwal. This records as the third Everest expedition for him.
ii. Five members of the team will be participating in the Tenzing Hillary Everest Marathon, considered one of the toughest trail marathons in the world.
iii. Besides another team headed by Major Nooruddin Ahmed is attempting to summit in the fourth highest peak in the world Mount Lhotse.

World Health Statistics 2016: Monitoring Health for the Sustainable Development Goals
World Health Statistics for the year 2016 have been reported by World Health Organization about Life Expectancy since 2000.
Trends in Life Expectancy:
i. Increased by 5 years between 2000 and 2015 and increasing from 1960
ii. Reverse trend happened during 1990s in Africa due to AIDS and Easter Europe because of Collapse of Soviet Union.
iii. The increase was in the African Region where life expectancy increased by 9.4 years to 60 years due to improvements in child survival, malaria control and expanded access to antiretrovirals for treatment of HIV
iv. Global life expectancy for children born in 2015 was 71.4 years (73.8 years for females and 69.1 years for males)

US House approves move to bolster defence ties with India 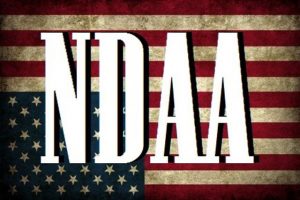 i. The US House of Representatives gave nod to a bilateral legislative move to strengthen defence ties with India.
ii. The bill is passed by the Senate also it will kept before US President Barack Obama to be signed into law.
iii. The bill seeks US to improve India’s military capabilities in the combined military planning, and promote co-production also co-development opportunities.
National Defence Authorisation Act (NDAA)-2017:
♦ The bilateral NDDA Act that take along with NATO allies in terms of sale of defence equipment and technology transfer also seeks to promote greater defence trade and encourage additional military cooperation between the sides
♦ The proposed changes in the bill was sponsored by Holding and House India Caucus Chairs and Chair and Ranking Member of House Foreign Affairs Committee Ed Royce and Elliot Engel respectively.

SEBI tightens P-Note norms to check money laundering
i. Mumbai based Securities and Exchange Board of India has tightened the norms for Participatory Notes in order to check misuse of these instruments in round-tripping and money laundering.
ii. This new directives for Offshore Derivative Instruments issuers need to come under the KYC ambit of Indian norms and the subscribers early nod from the ODI issuer in the event of transfer of the instruments to another offshore investor.
iii. The Market Watchdog Board also cleared the proposal of mandatory dividend distribution policy for the top 500 listed firms also ODI issuers need to prior signal to the Financial Intelligence in case of any suspicious transaction.
SEBI:
♦ Formed‎: ‎12 April 1992
♦ Agency Chairman‎: ‎U K Sinha‎,
♦ Headquarters‎: ‎Mumbai 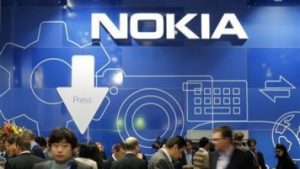 i. Washington based technology major Microsoft’s Finland mobile maker’s Nokia mobile device business, has decided to sell branding rights to Finnish firm HMD Global and contract manufacturer Foxconn.
ii. Upon these agreements will make HMD the sole global licensee for all types of Nokia-branded mobile phones and tablets for the next 10 years.
iii. The deal size is about $350 million also Microsoft transaction is expected to close in H2 of 2016.
iv. Nokia Technologies will receive royalty payments from HMD for sales of Nokia-branded mobile products, covering both the brand and the intellectual property rights.
v. The selling will pave the for Microsoft has signed a pact to sell the company’s entry-level feature phone assets to FIH Mobile, a subsidiary of Hon Hai/Foxconn Technology Group, and HMD Global Oy for $350 million.
Microsoft:
♦ Inception: 1975
♦ CEO: Satya Nadella
♦ Headquarters: Washington

Indian-American, Pakistani-American honoured by American President Barack Obama
US President Barack Obama has honored an Indian – American scientist named Rakesh K Jain and a Pakistani – American doctor named Humayun with the nation’s top honors on the field of science, technology and innovation respectively
Venue: White House, United States
Humayun and Jain received the award along with 15 other recipients of the ‘National Medals of Science and National Medals of Technology and Innovation.

Turkey names new PM as Recep Tayyip Erdogan tightens grip
i. Turkey’s Justice and Development Party has appointed Binali Yildirim as the new Prime Minister by Turkish President Recep Tayyip Erdogan, as he seeks to tighten his grip on power.
ii. The ruling Justice and Development Party also appointed Transport, Maritime Affairs and Communications Minister Binali Yildirim as its chairman, implication making that he will automatically become the Prime Minister. 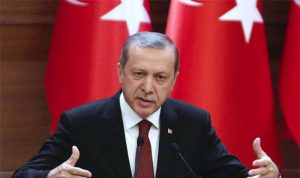 Tsai Ing-wen sworn in as new president of Taiwan
i. Democratic Progressive Party leader Tsai Ing-wen has been sworn in as the new president of Taiwan.
ii. Tsai also becoming its first female leader of the country also fills the shoes of President Ma Ying-jeou, who served two four-year terms since May 2008.
iii. She was set to serve for four-year term as the President after an inaugural ceremony at the Presidential Office in the island nation.
Taiwan
♦ Capital: Taipei
♦ Currency: New Taiwan dollar

Rakesh Kumar Mishra is CCMB Director
i. Council for Scientific and Industrial Research appointed Genetics Expert Rakesh Kumar Mishra as the new Director of the Centre for Cellular and Molecular Biology (CCMB).
ii. Rakesh did research in various areas which includes investigating evolutionarily conserved features of genome organization, chromatin structure and epigenetic regulation of genes during embryonic development stages.
iii. He had joined in the Hyderabad based institute in 2001 as a senior scientist after periods at the IISc, Bangalore, the University of Bordeaux, France, Saint Louise University, USA and the University of Geneva, Switzerland.
CSIR:
The Science Ministry funded Council is established in 1942, that runs 37 laboratories and 39 field stations or extension centres spread across the nation.
♦ Chairman: Narendra modi
♦ Director General: Girish Sahni 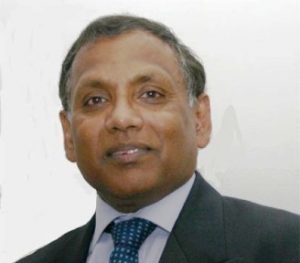 Hypersonic superjet technology successfully tested in Australia
i. Australian military jointly with United States Military research team successfully blasted off a hypersonic technology in the Australia.
ii. Researchers were tested a series of 10 trials of the hypersonic technology at the world’s largest land testing range located at Woomera in Australia and at Norway’s Andoya Rocket Range.
iii. Scramjet powered rocket booster was successfully sent to an altitude of 278 km at Mach number over 7.5 which has speed ranges over seven times the speed of sound
Scramjet Engine:
This engine relies on high vehicle speed to forcefully compress the incoming air before combustion and a airflow in a scramjet is supersonic throughout the entire engine.

Canadian CBS News Reporter Morley Safer passes away
i. Canadian Long-time CBS News correspondent Morley Safer has died at 84 in Manhattan, He was best known for his long tenure on the news magazine 60 Minutes also longest serving reporter on the same.
ii. Safer was well-known for claiming there is no such thing as the common man and if there were, there would be no need for journalists
iii. He penned about his experience in Vietnam in a book named Flashbacks: On Returning to Vietnam also filed more than 900 reports.
iv. He had been honoured with numerous awards for his work, including 12 Emmys, three Overseas Press Club Awards, and three Peabody Awards. 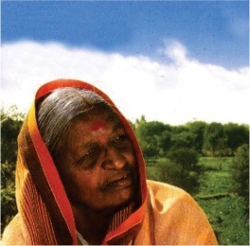 i. Legendary Gujarati folk singer Diwaliben Bhil, has passed away due to age-related ailments in Junagadh. She was 80.
ii. Besides folk songs and garba songs, Diwaliben had also lent her voice to several film songs.
iii. She is a self-taught artiste also went on to sing many more songs for All India Radio and Doordarshan, perform at hundreds of stage shows and abroad and record songs for films.
iv. The Government had honoured her with the Padma Shri in 1991