We are here for you to provide the important current affairs may 18 2017 which have unique updates of all daily events from all newspapers such as The Hindu, The Economic Times, PIB, Times of India, India Today, Indian Express, Business Standard, all Government official websites. Our complete current affairs helps you to get more marks in Banking, insurance, UPSC, SSC,CLAT , Railway and all other competitive Exams. 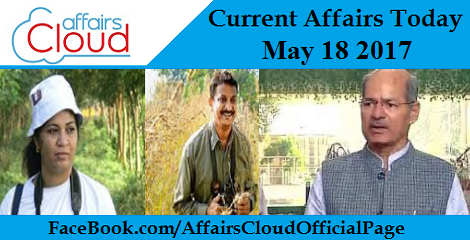 NITI Aayog holds the first Samavesh meeting
On May 17, 2017, first meeting of the National Steering Group and other knowledge partners was held in NITI Aayog. This meeting was co-chaired by Amitabh Kant – CEO of NITI Aayog and Ratan P Watal – Principal Adviser, NITI Aayog.
i. This meeting is the first ever initiative to bring the large number of institutions from diverse domain to deliberate together on the road map for inclusive development in India.
ii. Knowledge partners comprised 32 premier educational and policy research institutions. Representatives of four State Governments viz. Assam, Kerala, Rajasthan and Uttar Pradesh also attended the meeting.

Railway station survey – Andhra’s Visakhapatnam cleanest, Bihar’s Darbhanga dirtiest
As per the report of a survey carried out by the Quality Council of India, Visakhapatnam 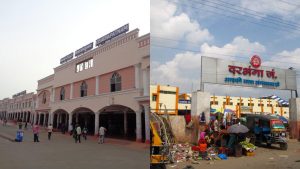 railway station in Andhra Pradesh has been adjudged as the cleanest, whereas Darbhanga railway station in Bihar is the dirtiest among busiest stations in India.
i. The report of the survey was released by Union Railway Minister Suresh Prabhu on May 17, 2017.
ii. This was the 3rd such survey aimed at ascertaining cleanliness at rail premises. The survey is a part of ‘Swachh Rail’ campaign.

Government’s decision to set up 10 atomic power plants to generate 33,400 jobs, Rs 70,000-crore opportunity
India will set up 7000 mw of indigenous nuclear power plants, power, coal, renewable and mines minister Piyush Goyal announced.
Key Notes:
i. The Union Cabinet has approved the scheme that will promote energy self-sufficiency, clean, carbon free sources of power and place India high among nuclear power countries.
ii. Once completed, the 10 reactors of 700 MW each will give much needed fillip to the domestic nuclear industry.
iii. The decision will lead to Rs 70,000 crore domestic orders for pressurized heat water reactors and create 33,400 direct and indirect jobs. 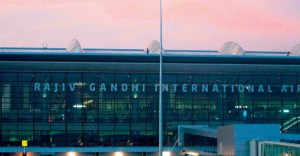 daily air traffic movements.
ii. Out of the 26,000 conventional lamps, more than 19,500 have been converted into LED, saving 2.2 Million Units of electricity per annum.
iii. LED lights are close to seven times more energy efficient than the conventional incandescent lights and can even cut energy use by more than 80 per cent.
About Rajiv Gandhi International Airport
Rajiv Gandhi International Airport is an international airport that serves Hyderabad, the largest city in the Indian state of Telangana.It is located in Shamshabad
♦ It was opened in March 2008 to replace Begumpet Airport as the primary commercial airport for Hyderabad.
♦ It is named after Rajiv Gandhi, former Prime Minister of India.

CCEA approves mission for development of bio-pharmaceuticals
The Cabinet Committee on Economic Affairs (CCEA) has approved a collaborative mission between industry and academia called Innovate in India empowering biotech entrepreneurs and accelerating inclusive innovation.
Key Notes:
i. It aimed at accelerating research for early development of bio-pharmaceuticals.
ii. The mission will concentrate on development of specific products such as vaccines, bio therapeutics, medical devices and diagnostics etc.
iii. The mission will be implemented by Biotechnology Industry Research Assistance Council (BIRAC), a public sector undertaking working under the Department of Biotechnology (DBT).
iv. Its objective is to attract an investment of Rs 1,500 crore from the central government over a period of five years.
v. World Bank will fund the mission for development of Bio-Pharmaceuticals.
vi. It will help in building and strengthening domain specific knowledge and management skills. 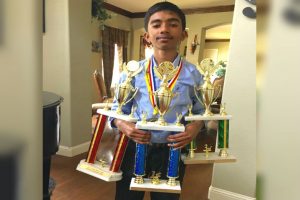 Geographic Bee competition.
Key Notes:
i. He gets $50,000 in scholarship and other prizes.
ii. Veda Bhattaram another Indian-American from New Jersey finished third at the finals.
iii. Thomas Wright from Wisconsin was declared the runner up.
iv. Wrighthas received $25,000 and Bhattaram got $10,000 in scholarships.
v. This year, six of the 10 finalists were Indian-Americans. 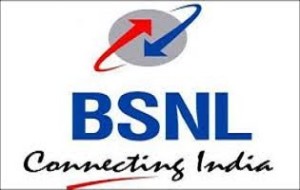 services to its mobile customers.
ii. According to the agreement Facebook, BSNL will facilitate connectivity for Facebook’s `Express Wi-Fi Program’.
iii. The service of Express Wi-Fi is now available via 700 hotspots across four states of Uttarakhand, Gujarat, Rajasthan and Meghalaya.
iv. BSNL and MobiKwik will work together to create a BSNL mobile wallet to facilitate payment for its products and services.
v. MobiKwik will also provide digital sale of BSNL SIM cards through its app and website.

Assam’s Purnima Barman & Karnataka’s Sanjay Gubbi Win The Prestigious ‘Green Oscars’ Award
Two wildlife conservationists from India, Sanjay Gubbi of Karnataka and Purnima Barman of Assam are among the six winners of this year’s prestigious Whitley Awards, which are popularly referred to as ‘Green Oscars’.
i. The winners of Whitley Awards were felicitated at a special ceremony at the Royal Geographic Society in London. They received the award from Princess Anne (daughter of Queen Elizabeth II), The Princess Royal.
ii. The award honors outstanding contribution towards wildlife conservation outside the developed world. 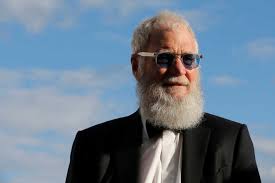 ii. He is also a past recipient of Kennedy Centre Honours for his influence on American culture.
iii. He won 10 Emmy Awards while hosting NBC’s “Late Night” and then “The Late Show” on CBS.
iv. He has hosted over 6000 late-night shows in 33 years.
About Mark Twain Prize
♦ Mark Twain Prize established in 1998.
♦ It is granted annually by the John F Kennedy Centre for the Performing Arts.
♦ It has given annually to a humorist whose impact on American society is reminiscent of Mark Twain), the 19th-Century novelist, satirist and social commentator. 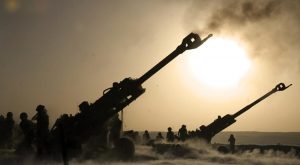 BAE Systems, US. These two guns have been procured under Indian Government’s deal with US Government for total 145 M777 guns.
i. The deal for M777 guns was initiated US Govt. in 2010.Indian Govt. announced the deal to buy 145 M777 guns in June 2016.
ii. This government-to-government deal under the Foreign Military Sales (FMS) route was completed in November 2016

Proxima B likely to have Water and Support Alien Life
An Earth-Like Planet called Proxima B orbiting the closest neighbouring Star, Proxima Centauri.
Key Points:
i. Scientists from the University of Exeter in the UK have undertaken new research to explore the potential climate of the planet.
ii. It is about 4.2 light years (25 trillion miles) away from Earth likely to have liquid water and also support alien life.
iii. The study has been published in the journal Astronomy and Astrophysics.

WMO initiates “”Year of Polar Prediction”” project”
The World Meteorological Organization (WMO)on May 15th 2017 officially launched the “Year of Polar Prediction”, in Geneva, Switzerland.
Key Highlights:
i. The project concerns a two-year international effort, aiming to close gaps in polar forecasting capacity.
ii. It aims to lead to better forecasts of weather and sea-ice conditions to improve future environmental safety at both poles.
iii. From mid-2017 to mid-2019, scientists and operational forecasting centers from various different countries will work together to observe, model, and improve forecasts of the Arctic and Antarctic weather and climate systems.
iv. All of the data collected will be gathered at the WMO’s Information System, making it available for operational forecasting centres to feed into their forecasting systems in real-time. 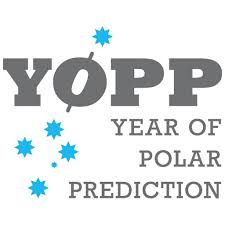 v. A growing number of international projects, networks, and organisations are involved in the Year of Polar Prediction’s activities.
vi. It will include the EU Horizon 2020 projects Blue-Action and APPLICATE, as well as the EU-funded project SALIENSEAS.
WMO :
♦Headquarters‎: ‎Geneva‎, Switzerland
♦ Head‎: ‎Petteri Taalas‎ 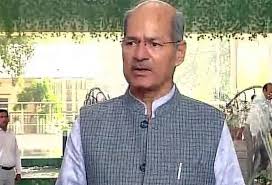 i. He was born in Barnagar in Madhya Pradesh. He was 60.
ii. He was elected to the Rajya Sabha in August 2009.
iii. He was sworn in as a minister with independent charge of environment, forest and climate change.
iv. Dave took charge as Union Minister of Environment, Forest and Climate Change in July 2016.

Veteran actress Reema Lagoo passes away
Veteran actress Reema Lagoo has passed on 18thMay 2017 at Kokilaben Hospital in Mumbai.
Key Notes:
i. She had suffered a massive cardiac arrest. She was 59.
ii. She had appeared in several Hindi and Marathi films also acted in numerous television shows like TuTu Main Main and Shrimaan Shrimati.
iii. She was born in 1958. She has had a presence on Marathi stage for nearly four decades 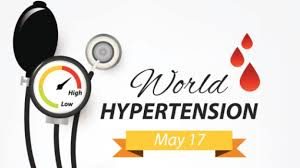 promote public awareness of hypertension and to encourage citizens of all countries to prevent and control this silent killer, the modern epidemic.
i. 2017 theme for the Day is Know Your Numbers with a goal of increasing high blood pressure (BP) awareness in all populations around the world.
ii. The day is intended to increase awareness of the condition and issues surrounding it.