We are here for you to provide the important current affairs may 16 2017 which have unique updates of all daily events from all newspapers such as The Hindu, The Economic Times, PIB, Times of India, India Today, Indian Express, Business Standard, all Government official websites. Our complete current affairs helps you to get more marks in Banking, insurance, UPSC, SSC,CLAT , Railway and all other competitive Exams. 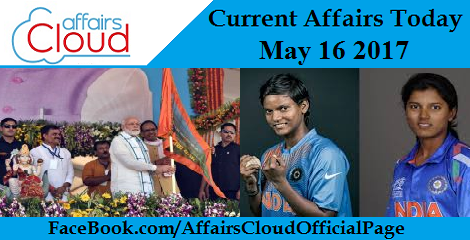 India ageing gradually, every 5th person to be 60+ by 2050 – CRISIL, PFRDA
As per a joint report titled “Financial Security for India’s Elderly—The Imperatives” from CRISIL and pension regulator Pension Fund Regulatory and Development Authority (PFRDA), by 2050 every 5th Indian will be in their 60s as against every 12th at present.
i. Currently 9% of Indian population is above the age of 60, which will rise to 19.4% by year 2050.
ii. Currently, only 14% of domestic savings are placed in pension and provident funds. Major chunk of this comes from organised section.

West Bengal makes Bengali Mandatory in all Schools
The West Bengal government has made the Bengali language mandatory in all schools.
Key Points:
i. It was declared by the State’s Education Minister Partha Chatterjee on 15 May 2017.
ii. The Bengali language is compulsory for all schools including English medium.
iii. The students who select any of the other languages as their first language would need 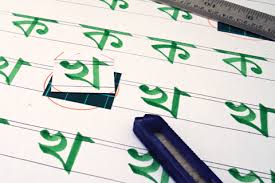 to pick up two other languages, among which one would have to be Bengali.
About West Bengal
♦ Capital: Kolkata
♦ Official Language: Bengali, English
♦ Governor: Keshari Nath Tripathi
♦ Chief Minister: Mamata Banerjee

Plastic park to come up in Panipat: Union Minister Ananth Kumar
Two centres of the Central Institute of Plastics Engineering and Technology (CIPET) will be set up in west and south Haryana.
Key Points:
i. These centres will help meet industry requirements for plastic engineers and technicians.
ii. It will help in all sectors from agriculture to space exploration and make the country self-sufficient in this field.
iii. It aims to make the country self-sufficient in terms of medicine production, and would help reduce production cost by 30 per cent.
iv. Plastic Park will be set up over a 75 acre land in Panipat at a cost of Rs 1,500 crore, while a Pharma Park will be set in over a 100 acre land in Karnal.
v. It will generate employment opportunities for 30,000 plastic engineers and technicians.

AP, Singapore In Pact For Developing Amaravati Startup Area
Andhra Pradesh government inked a pact with Singapore for developing an area of 6.84 km at capital Amaravati as startup area on 15th of May.
Key Points:
i. The Pact between the governments of Andhra Pradesh and Singapore include economic development, master development of the startup area in Amaravati.
ii. Amaravati Development Partner (ADP) will develop an area of 1,691 acres, in 15 years in three phases of each about 5 years.
iii. It will promote bilateral trade and investments and enhancing capacities of government departments.
iv. A high Level Joint Implementation Steering Committee (JISC) will be formed for speedy implementation of the project.

India, Chile Trade agreement to come into force from May 16
The Preferential Trade Agreement, (PTA) between India and Chile has come into effect from 16th of May.
Key Points:
i. Under this trade agreement, both the countries have offered to lower or eliminate duties on a number of items traded with each other.
ii. According to Union Ministry of Commerce & Industry, the Preferential Trade Agreement (PTA) between India and Chile was first signed on 8th March 2006, which came into force from August 2007 and will be implemented from 16th of May.
iii. Chile has offered duty concessions on about 1798 goods including agricultural items, chemicals, pharmaceuticals, textiles, iron and steel items, to Indian exporters as compared to 178 items earlier. 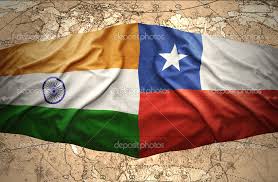 NASA, ISRO to jointly inspect ‘oldest civilisation’ site in Haryana
National Aeronautics and Space Administration (NASA) of the United States and the Indian Space Research Organisation(ISRO) would jointly inspect the excavation being carried out at an archaeological site in Haryana’s Fatehabad district.
Key Notes:
i. It aims to verify claims of it being the oldest civilization in the world.
ii. Archaeologists have recovered arte facts pre-dating the Harappan Civilisation from the site, located in village Kunal in Fatehabad district.
iii. The art facts recovered included ornaments and pots, apart from spherical structures.NASA and ISRO inspection is likely to be done in October 2017.
iv. The Haryana government is considering to establish international-level museums at Kunal and Rakhigarhi.

India Ranked 2nd In EY Renewable Energy Attractiveness Index
Indian has ranked 2nd among 40 countries on ‘Renewable Energy Country Attractiveness Index’ 2017 released by Ernst and Young (EY). This marks an improvement of one spot as compared to 3rd rank in 2016.
i. India maintained its upward trajectory on the index on account of Central Government’s programme to build 175 GW in renewable energy generation by year 2022.
ii. This initiative is in direction to realise a larger vision of wherein renewable energy will account for 40% of installed capacity by year 2040. 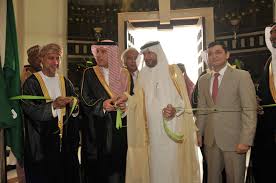 India’s ‘Ujala’ to light up homes in United Kingdom
India has launched the process to export ‘Ujala to the United Kingdom with affordable ‘Made in India’ LED bulbs.
Key Notes:
i. Ujala is globally one of the largest efficiency programmes and being run by Energy Efficiency Services Ltd.
ii. The programme has turned India into the world’s LED capital, accounting for 10-12% of the global market 4 billion bulbs.
iii. Through this initiative, the government is planning to replace all 770 million inefficient incandescent and CFL (compact fluorescent lamps in the country with LED (light emitting diode) bulbs.
About United Kingdom
♦ Capital: London
♦  Currency: Pound
♦  PM: Theresa May 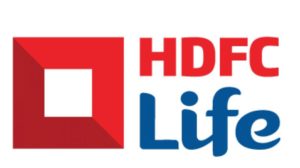 Anti-dumping duty imposed on certain Glasses, Radiators
Anti-dumping duty imposed on certain glasses from Iran and aluminum radiators from China in order to protect the domestic industry from cheap imports.
Key Notes:
i. The imposed fine on both products and it would be effective for a period of five years.
ii. The anti-dumping steps are not taken to restrict imports or cause an unreasonable increase in the cost of products but instead to ensure fair trade and to provide a level-playing field to the domestic industry. 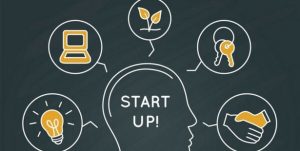 i. In June 2016, ‘LIVE’ was registered under the Indian Societies Act.
ii. It will support start-ups, not just founded by IIM-K’s own students or alumni but also any idea owner with innovation that is believed to have commercial potential.
iii. Department of Science and Technology (DST) under Union Ministry of Science and Technology has sanctioned a grant of Rs 3 crore for ‘LIVE’.
iv. ‘LIVE,’ has already offered admission to 12 start-ups in its first ever job creation programme. Of the 12 start-ups, five are founded by IIM-K alumni. The selected ventures are across a range of sectors, but most of them are based on digital technology.

IIT-Hyderabad professor Aravind Kumar Rengan bags INSA Young Scientist award
Aravind Kumar Rengan, Assistant Professor in Department of Biomedical Engineering at Indian Institute of Technology (IIT) – Hyderabad has been awarded the prestigious Indian National Science Academy (INSA) medal in the Young Scientist category for 2017.
i. Prof. Aravind has been awarded the medal for devising a novel way of nano delivery using liposomes and gold nanoparticles which is useful for both, imaging and therapeutics
ii. His research work was published in two prestigious journals of nanotechnology field.

ii. Edouard Philippe is a French lawyer and politician and he was born on 28 November 1970.
iii. He has served as a member of the National Assembly representing the 7th constituency of Seine-Maritime since 2012.
iv. He has also served as mayor of
e Havre and president of the agglomeration community of Le Havre since 2010.

Ovais Sarmad, an Indian appointed to high-level UN climate change post
Ovais Sarmad, a senior Indian official was appointed as the Deputy Executive Secretary of the United Nations Framework Convention on Climate Change (UNFCCC) on May 2017.
Key Notes:
i.Sharma was appointed as the assistant secretary-general level by UN Secretary-General Antonio Guterres.
ii. He will succeed Canada’s Richard Kinley.
iii. He currently serves as Chief of Staff to the Director General of the International Organisation for Migration (IOM).
iv. He holds a Bachelor of Commerce from Hyderabad’s Osmania University.
v. He also holds a professional certification in management accountancy from the Chartered Institute of Management Accountants in London.
vi .He joined IOM in 1990, in Geneva.

Indian Navy and Space Application Centre, Ahmedabad Sign Memorandum of Understanding
Indian Navy and Space Application Centre (SAC), Ahmedabad have signed a Memorandum of Understanding on Data Sharing and Scientific cooperation in the field of Meteorology and Oceanology.
i. The MoU was signed by Vice Admiral SN Ghormade, AVSM, NM, Director General Naval Operations and Mr Tapan Misra, Director, Space Application Centre (SAC) on May 15, 2017 at SAC.
ii. Under this MoU, scientific advancements and expertise achieved by SAC would be synergised into the Indian Naval efforts to keep the Nation’s Defence Forces in step with rapid development in the field of Environment Sciences and Satellite Data acquisition technology.
iii. Carrying out calibration and validation for ocean models, transfer of technology to generate weather information and training on latest technology are some of the areas of cooperation listed in this MoU. 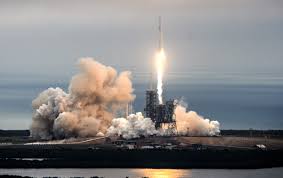 ii. SpaceX confirmed that the satellite was successfully deployed to a distant, geostationary orbit.
iii. The satellite is the fourth in Inmarsat’s Global Xpress (GX) constellation, aimed at providing high-speed mobile broadband service.
iv. SpaceX did not attempt to bring the first stage of the rocket back to Earth, citing the reason that payload weighed some 6,100 kilograms, and the force needed to propel it to orbit would not leave enough fuel for the rocket to manoeuvre it back to Earth.

Ramit Tandon wins maiden PSA title
Indian squash player Ramit Tandon won his first professional title in squash on 14 May 2017.
Key Notes:
i. He beats his Indian counterpart, Kush Kumar in the Sys Open 2017.
ii. It was Tandon’s third appearance in a Professional Squash Association final.
iii. He has won 6 junior national titles and was ranked No.1 in India when he ended his junior career.
iv. He was born in Kolkata and graduated from Sishya School in Chennai in 2011.
v. He led the Indian Junior team to win its first ever Asian Junior title after defeating Pakistan in the final.
vi. He received the Skillman award from the College Squash Association.
vii .He also received the Connie S Maniatty award the highest honour given to an athlete at Columbia University 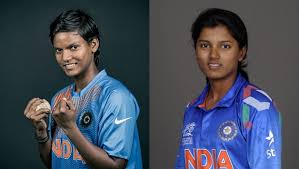 batted for over 45 overs. Deepti made 188 off 160 balls, while Poonam made 109 off 116 balls.
iii. At 188, Deepti Sharma is now the second highest individual scorer in women’s cricket ODIs. Belinda Clark of Australia is the highest scorer – 229 runs against Denmark in1997.
iv. Last week, Indian fast bowler Jhulan Goswami became the highest wicket taker in women’s ODIs when she got her 181st wicket, surpassing Australian Cathryn Fitzpatrick’s decade-old record of 180

National Dengue day – May 16 2017
The Government of India (GoI) has declared 16th May as National Dengue Day by Ministry of Health and Family Welfare (MoHFW), Government of India
Key Points:
i. It is observed to mark the toll of deadly disease that has been taking in terms of lives and to reaffirm nationwide efforts to tackle it by using both education and medical intervention. 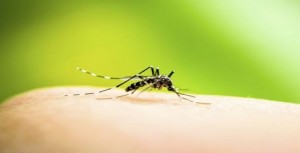 ii. Dengue is a viral disease that is transmitted by the bite of Aedes mosquito.
iii. Dengue has symptoms such as high-grade fever 2 to 7 days and headache, vomiting, muscle and joint pains, and a characteristic skin rash.
iv. The disease is endemic in more than 100 countries in the WHO regions of Africa, the Americas, the Eastern Mediterranean, South-East Asia and the Western Pacific.