As per a joint report titled “Financial Security for India’s Elderly—The Imperatives” from CRISIL and pension regulator Pension Fund Regulatory and Development Authority (PFRDA), by 2050 every 5th Indian will be in their 60s as against every 12th at present. 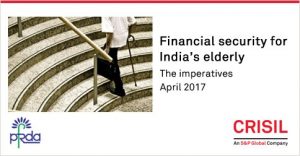 Atal Pension Yojana is a guaranteed pension scheme, launched by Prime Minister Narendra Modi on May 9, 2015. It became operational from June 1, 2015.

Atal Pension Yojana subscriber base touches over 97 lakh by end of FY18: PFRDA