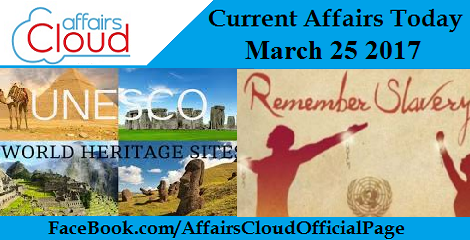 The move which is followed by the difference in opinion between Animal Welfare Board of India (AWBI) and Ministry of Environment and Forests (MoEF), the Central government took a step to combine both by appointing senior official of MoEF to chair AWBI.

Bihar’s Technical Move – Free Wifi For Students
i. As Indian government is trying to digitize the whole of India through DIGITAL INDIA campaign, Bihar state made a good move to help this by providing free-Wifi for students.
ii. This move is to provide free- zones in colleges and universities which will be helpful for the student studies.
iii. It is launched by Chief Minister Nitish Kumar on the occasion of Bihar Divas celebrations.
iv. It is the part of seven decisions of the Grand Alliance government in Bihar to promote governance.
Bihar State
♦ It is the 13th largest state of India and 3rd largest by population.
♦ This state is governed by Ram Nath Kovind and chaired by Nitish Kumar.
♦ It attained the status of statehood on 26 January 1950
♦ Its state animal-gaur, flower-kachnar, tree-peepal and bird- house sparrow

Aadhaar Seeding Of Jan Dhan Accounts – Lead By Andra Pradesh
i. On the event of demonetization, more number of Jan Dhan accounts came into existence and it is seeded through Aadhaar card numbers.
ii. Out of this, Andhra Pradesh tops the list with most number of aadhaar cards linked with Jan dhan accounts. 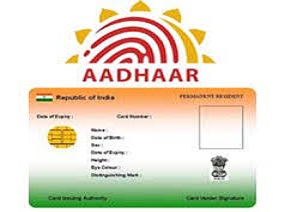 iii. 73% of its accounts are seeded by aadhaar numbers and this was followed by Tripura at 87.08 per cent and Telangana 83.56 per cent.
iv. By this move, 01 Crore Jan dhan accounts are created and Aadhaar-seeded accounts has risen to 63.61 per cent
v. By this linking, transparency in the banking account will be achieved and it will be easy to track all IT returns.
Jan Dhan accounts
♦ It is the account created for the welfare of the poor people of BPL families by Indian government.
♦ It is the account with no minimum balancee., zero balance and is issued with RuPay cards.
♦ After 6 months it will be holders will be eligible for Rs 5,000 overdraft from the bank and it covers a accident insurance of 1 lakh.
Andhra Pradesh
♦ It is the eighth largest state in India and tenth largest by population.
♦ This state is formed on 1 October 1953 with Amaravathi as capital
♦ It is governed by E. S. L. Narasimhan and chaired by Chandrababu Naidu
♦ Its state animal – blackbuck, bird – Indian roller, flower – blue water lily and tree –Neem

Centre Approves Constructing 10 Million MT Capacity Silos by 2019-20 End
The Government of India has given its approval to the action plan of Food Corporation of India (FCI) for construction of 10 Million MT capacity steel silos by FCI as well as State Governments in Public Private Partnership (PPP) mode in a phased manner (3 phases) by the end of year 2019-20.
♦ This information was given by Shri C.R. Chaudhary, the Minister of State for Consumer Affairs, Food & Public Distribution in Rajya Sabha on March 24, 2017.
♦ Under the agreement, Food Corporation of India (FCI) has already awarded contracts for creation of 1.6 Million MT silos while the State Governments have awarded contracts for 2.15 Million MT silos which means that contracts for 3.75 Million MT silos have been awarded.
Benefit of the Project
i. Since the Silos are being constructed through Private Sector participation in Public Private Partnership (PPP) mode, FCI will not incur any capital investment for any of the projects.
ii .The responsibility of designing, building, financing and operating the silos will be of private parties.
iii .Further, steel silos will be safer and modern means of storage. Foodgrains can be stored for a longer period, with reduced losses and less handling and labour costs.
About Food Corporation of India
FCI was established under the Food Corporations Act 1964 to implement the following objectives of the National Food Policy.Effective price support operations for safeguarding the interests of the farmers.FCI handles about 60 Million MT of wheat and rice annually.
Keys:
♦ Founded: 1964
♦ Headquarters: New Delhi
♦ Chairman: Shri Yogendra Tripathi

Make In India Conference Held In Houston
i. Several conferences and committees are made to achieve this dream but the recent highlight is the first-ever Houston India Conference, hosted by Asia Society Texas Center in Houston.
ii. This conference is conducted on 25th March, 2017 for two days with the theme “Make in India- The Inside Story”
iii. The conference is chaired by Jiten Agarwal and India’s Ambassador to the US Navtej Sarna is also present.

UNHRC Grants Additional 2 Years to Sri Lanka’s To Deliver War Probe
i. Sri Lanka has been granted the two years of extension it sought from the UN Human Rights Council (UNHRC) on March 23, 2017 to set up a mechanism to probe alleged war crimes committed during the 37-year civil war which ended in May 2009.
ii. The two year extension was approved by total 40 countries by adopting UNHRC resolution in Geneva.
iii. The resolution titled “Promoting reconciliation, accountability and human rights 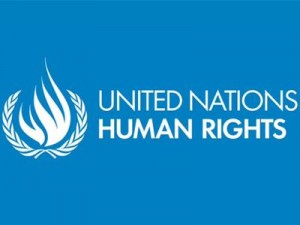 in Sri Lanka” gives Sri Lanka two years to show more progress on the transitional justice process.
iv. The new resolution requests the Sri Lankan government to fully implement the measures identified in the Resolution 30/1 (in October 2015).
v. UNHRC has suggested Sri Lankan government to adopt laws allowing for special hybrid courts to try war criminals.
Background
i. A UN Human Rights Council resolution in October 2015 granted Sri Lanka 18 months to establish a credible investigation into abuses committed during the island’s 37-year ethnic war to identify war criminals.
ii. According to the UN figures, up to 40,000 civilians were killed by the security forces during former president Mahinda Rajapaksa’s regime that brought an end to the conflict with the defeat of Liberation Tigers of Tamil Eelam  (LTTE) in May 2009.
iii. However, Sri Lanka could not deliver the required investigation of war crimes in the prescribed time duration which lapsed earlier in March 2017.
iv. Though Colombo made some positive advances on constitutional and legal reforms, limited land restitution and symbolic gestures towards reconciliation, but the measures taken so far had been inadequate, lacked coordination and a sense of urgency.
UN Human Rights Council
The United Nations Human Rights Council (UNHRC) is a United Nations System inter-governmental body responsible for promoting and protecting human rights around the world.
♦ Formation: 2006
♦ Council President: Joaquín Alexander Maza Martelli 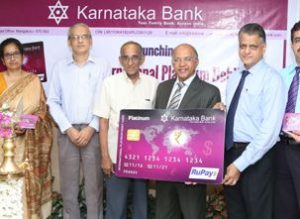 Inclusion Of Five Indian Cities In World Heritage Site
i. UNESCO ( UNITED NATIONS EDUCATIONAL SCIENTIFIC and CULTURAL ORGANISATION ) has added five Indian cities in its list of tentative world heritage site.
ii. These cities include
1.Historic City of Ahmedabad,
2.Delhi – A Heritage City,
3.Jaipur City, Rajasthan,
4.Ekamra Kshetra- The Temple City, Bhubaneswar and
5.The Victorian & Art Deco Ensemble of Mumbai.
iii. The information about the inclusion is given by Union Minister of state for Cultural and Tourism (Independent Charge) Dr. Mahesh Sharmain
iv. These sites are chosen based on the human creativity in these sites, developments in architecture or technology and town-planning or landscape design. Addition to this, cultural tradition are also kept as a criteria.

BSF get Women Combat Officer Tanushree Pareek After 51 Years –BSF
i. Border Security Force (BSF) gets its woman field officer after an long waiting 5 decades which is a welcome move by it.

ii. Tanushree Pareek commissioned by BSF, the country’s largest border guarding force at the age of 25
iii. She also led the passing out parade of 67 trainee officers at the Border Security Force camp at Tekanpur.
iv. She was also reviewed by our Union Home Minister Rajnath Singh and congratulated by him.
About Tanushree Pareek
♦ She was born in Bikaner, Rajasthan and first women to join the force in the officer rank
♦ She was selected in the all-India exam conducted by the UPSC in 2014 and went for a 52-week Assistant Commandant training programme  at BSF Academy.
Border Security Force (BSF)
♦ It is one of the primary border guarding forces of India which came into existence from 1 December, 1965
♦ It is one of the five Central Armed Police Forces in India headed by Mr K.K Sharma and Union Home Minister Rajnath Singh.
♦ It is headquartered in New delhi.

DRDO (DEFENCE RESEARCH AND DEVELOPMENT ORGANISATION), has provided the INDIAN NAVY with three new naval systems to enhance its operation.This was handed over by our Defence minister in-charge Mr. Arun Jaitely and accepted by our Chief of Naval staff Mr. Sunil Lanba

These naval system include 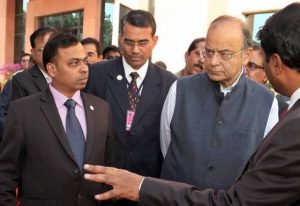 Scientists Working on Developing Solar-Powered Prosthetic Limbs
i. Researchers from the University of Glasgow have developed a unique technology that would make it possible to use the sun’s energy to charge the Prosthetic Limbs rather than using batteries as is done currently.
ii. The new study was published in the March 22 issue of the journal Advanced Functional Materials. The scientists are the first to develop a model for solar-powered prosthetic skin.
iii. The researchers have developed a new prototype called “solar-powered skin,” which would include better sense capabilities than current technology.
iv. The technology involves installing a thin layer of pure carbon called Graphene, around a prosthetic arm, hand or leg. This allows light to pass through it and be easily used as solar energy.
v. Graphene is a transparent substance that is stronger than steel. Its transparency allows around 98 percent of the light that strikes its surface to pass through it.
vi. The sun can provide up to 15 times more energy than is usually needed to power a prosthetic limb. The extra and renewable energy can be used to power sensors that increase sensation and feeling in a limb to the extent that the prosthetic can feel pressure, temperature and texture like natural skin.
vii. According to the researchers, the technology could also increase the functionality of robots, allowing them to have a better understanding of what they touch and interact with. If robots had limbs that are sensitive to touch and pressure they would be less likely to make errors or injure humans. 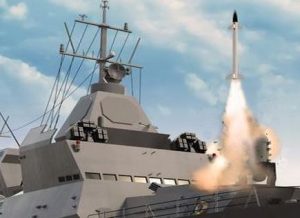 ii. During the testing, the missile was fires against a live low flying high speed target, which was successfully destroyed by the Barak missile.
iii .The firing was conducted as part of the ‘Operational Readiness Inspection’ of the Western Fleet by Vice Admiral Girish Luthra, Flag Officer Commanding-in-Chief of Western Naval Command.
iv. The success of the missile marks a significant milestone in enhanced operational and defence capabilities and providing air interception by the Navy’s aircraft carrier and the fleet.
About INS Vikramaditya
♦ INS Vikramaditya is a modified Kiev-class aircraft carrier which was commissioned into Indian Navy on November 16, 2013 at a ceremony held at Severodvinsk, Russia.
♦ On 14 June 2014, Prime Minister of India formally inducted the 45,400 tonnes, INS Vikramaditya into the Indian Navy and dedicated it to the nation. 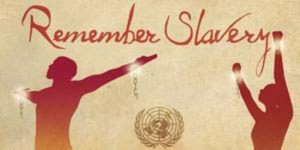 ii. Besides, a new Remember Slavery logo has also been unveiled; a short video titled The African Roots of Cuba’s Music has been launched in honor of the victims.
iii. A new exhibition, A Legacy of Black Achievement has also been organized that is opened for display in the Visitors’ Lobby of United Nations Headquarters in New York from March 8-29.
iv. Visitors to the exhibition will also have the opportunity to see The Ark of Return, a memorial designed by renowned architect Rodney Leon and unveiled in 2015 on the grounds of the United Nations as the Permanent Memorial to Honour the Victims of Slavery and the Transatlantic Slave Trade.