Assam Assembly passes Ease of Doing Business Bill, 2006
i. The State of Assam Assembly has passed Ease of Doing Business Bill, 2016 to make ease of doing business and to attract fresh investment through an easy computerised clearance system across the state.
ii. The bill aims to create an investment-friendly environment for economic development by making speedy processing of applications and issue of clearances for setting up industries.
iii. The bill also facilitates creating a bureau under the name of Assam Bureau of Investment Promotion for the purpose of overall supervision and administration.
ASSAM:
♦ Capital: Dispur
♦ Governor: Padmanabha Balakrishna Acharya
♦ Chief Minister: Sarbananda Sonowal
♦ Speaker: Ranjeet Kumar Dass 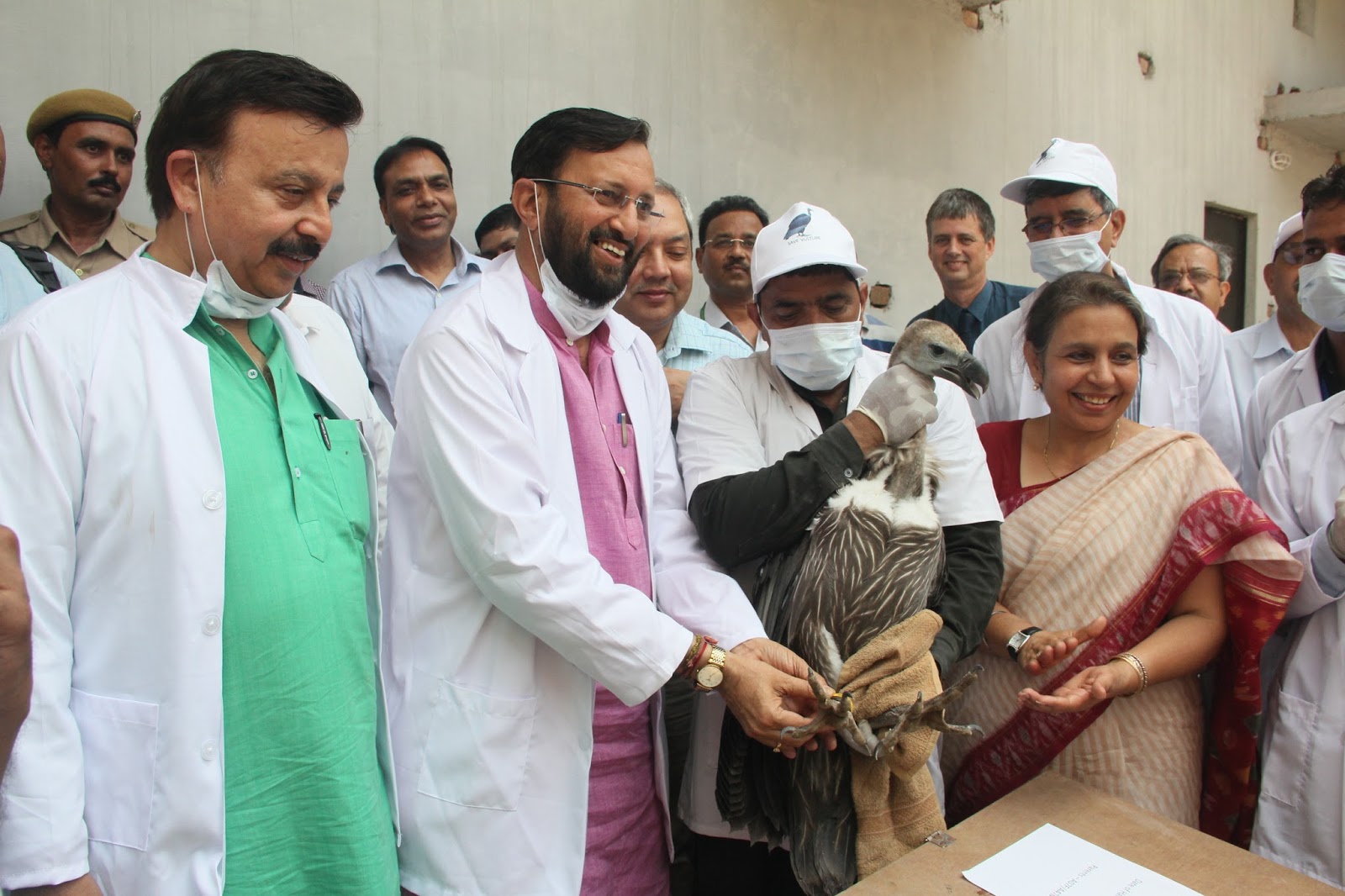 i. The Haryana government launched Asia’s First Gyps Vulture Reintroduction Programme at Jatayu Conservation Breeding Centre, Pinjore of the state. Two Himalayan Griffons-released by Lal Khattar jointly with Union Environment Minister Prakash Javadekar.
ii. The breeding and conservation of vultures is a major step in the direction of saving the endangered species.
iii. Upon this move the country will ‘have four crore vultures in the next 10 years. The Himalayan Griffon is closely related to the critically endangered resident Gyps species of vultures but is not endangered.
iv. These vultures birds were wing-tagged and were leg-ringed for identification. V.O.Chidambaranar Port Bags National Award For Excellence In Cost Management
i. Tuticorin based V.O. Chidambaranar Port also second-largest port in Tamilnadu has bagged National Award for Excellence in Cost Management for the year 2015 from The Institute of Cost Accountants of India under the category of Public Service Sector- Small.
ii. The award has been given for exemplary performance towards optimization of manpower, savings in electricity, and implementation of Solar Energy Systems, reduction of overall cost of handling by mechanization and improvising efficiency and logistics support.
iii. The award was presented in 13th National Awards for Excellence in Cost Management-2015 hosted by Institute of Cost Accountants of India. With this the port is bagging the award for the third time the earlier years being 2008 and 2012. 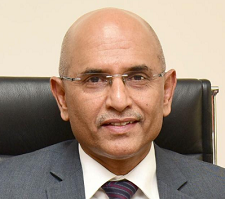 i. CR Sasikumar took charge as the Managing Director of State Bank of Travancore which is one of the five associate banks of State Bank of India.
ii. Prior to the new appointment in SBT, he was Deputy Managing Director, Inspection & Management Audit, at SBI Corporate Centre in Hyderabad. He started his career as a probationary officer in 1978 and has since held several key positions.
State Bank of Travancore:
♦ Founded: 1945
♦ Headquarters: Thiruvananthapuram
♦ CEO: Jeevandas Narayan
♦ Slogan: A Long Tradition of Trust. i. AIADMK candidates P Dhanapal and V Jayaraman were unanimously re-elected as Speaker and Deputy Speaker respectively of the 15th Tamil Nadu Legislative Assembly. Dhanapal is the first Speaker to be re-elected unanimously for a second successive time.
ii. The new Speaker Dhanapal was re-elected to the Assembly from Avinashi-Reserved constituency for sixth term, While Jayaraman was re-elected as MLA from Pollachi constituency for fourth term.
iii. Meantime DMK leader MK Stalin was officially recognized as Leader of the Opposition, he was as re-elected rom Kolathur in the recent polls.

Maharashtra Revenue Minister Eknath Khadse resigns following corruption charges
i. Maharashtra Revenue Minister Eknath Khadse resigned after alleged over a string of corruption charges, including a questionable land deal. The allegations extending that his cellphone allegedly appearing in the call records of gangster Dawood Ibrahim.
ii. His resignation was formally accepted by Maharashtra governor Vidyasagar Rao. He is a six-time MLA from Muktainagar constituency in Jalgaon Maharashtra.
iii. In the aftermath Maharashtra Chief Minister Devendra Fadnavis informed that a retired High Court judge will probe the allegations against Khadse. Gurgaon based Medanta Medicity Hospital. With this the hospital to become the first hospitals in the country to offer such a heart device.
ii. The Micra Transcatheter Pacing System is an innovative type of heart device that affords patients with the most advanced pacing technology at one-tenth the size of a traditional system.
iii. This artificial heart is unable to pump enough oxygen-rich blood to the body during normal activity or exercise, causing dizziness, fatigue, shortness of breath.
iv. Bradycardia, which is a condition described by a slow or irregular heartbeat, typically less than 60 beats per minute. Pacemakers are the most common way to treat this.

NASA Satellite Finds 39 Unreported Sources of Toxic Air Pollution
i. Using a new satellite-based method, NASA scientists have located 39 unreported and major human-made sources of toxic sulphur dioxide emissions.
ii. The unreported emission sources, found in the analysis of satellite data from 2005 to 2014, are gatherings of coal-burning power plants, smelters, oil and gas operations – found in West Asia, but also in Mexico and parts of Russia.
iii. According to the reported emissions from known sources were, in some cases, two to three times lower than satellite-based estimates.
iv. Sulphur dioxide is a known health hazard and cause of acid rain.

IBC Gets Affiliation from Commonwealth Boxing Council
i. The Indian licensing body for professional boxers Indian Boxing Council (IBC) has been officially granted affiliation by the Commonwealth Boxing Council (CBC).
ii. The commonwealth body will now formally register Raja as a Director in its Annual General Meeting scheduled to be held later this year in December.
Indian Boxing Council (IBC):
♦ It is a Boxing Governing body in national level that approves professional boxing matches and awards national and subordinate championship titles. It is the first time in India where there is an opportunity for the Boxers to be professional.
♦ The authorizing body aims to promote and serve the sport of boxing, to implement fair, scientific and objective computerised systems.

Boxing legend Muhammad Ali no more
American Legendary professional boxer Muhammad Ali, considered as the greatest of all time by many, passed away after a 32-year battle with Parkinson’s disease. He was 74 year old.
Ali was born on January 17, 1942 Cassius Marcellus Clay in Kentucky alongside the Ohio River in America.

International Day of Innocent Children Victims of Aggression – June 4
i. The International Day of Innocent Children Victims of Aggression was commemorated across the world on 4 June every year. The day was established in 1982.
ii. The Intention of the day is to acknowledge the pain ached by children all over the world who are the victims of physical, mental and emotional abuse. This day upholds the UN’s commitment to protect the rights of children.
iii. Child abuse is one of the crucial spotlight of global attention and the UN is working hard to help protect children around the globe.