Cabinet approved Rs. 6,000 crore package for textiles, apparel
Union Cabinet chaired by Prime Minister Narendra Modi approved a 6000 crore for domain of textiles and apparels.
Venue: New Delhi
Purpose:
♦ To establish over 1 crore new jobs in three years
♦ Investments extent of USD 11 billion and producing USD 30 billion in exports
Union Government approved Protocol amending the Agreement for avoidance of double taxation and prevention of fiscal evasion with Belgium
♦ The Union Government signed of Protocol amending the agreement between India and Belgium in order to avoid the double taxation and prevention of fiscal evasion with respect to Income Tax.

Union Cabinet extends deadline of UDAY scheme
i. The Union Cabinet has given it nod for the proposal of extending the deadline for implementing the Ujjwal Discom Assurance Yojana (UDAY) by a year to March 31, 2017.
ii. Upon this move all states shall take over 75% of ailing DISCOMs debt as on 30th September, 2015 by 31st March, 2017 by issuing Bonds.
iii. The extension is also to give states that have given their in-principle nod a little more time to order their finances before signing the official document.
Ujwal DISCOM Assurance Yojana (UDAY):
♦ UDAY scheme was launched in November 2015 to deal with the burgeoning debt of discoms in the country.
♦ The scheme aimed to get discoms out of vicious ciricle of debt and enable them to buy power to increase consumption in the country.

Maharashtra Government grants minority status to Jews
i. Maharashtra became the second State after West Bengal to award minority status to the Jewish community in the country.
ii. The State Cabinet approved based on the Maharashtra State Minorities Commission Act, 2004, which sanctions the government to declare a community minority.
iii. With this Jews can avail of all the schemes meant for minorities. As per the 2001 census, there are 4,650 Jews in the country of whom 2,466 are in Maharashtra.
Maharashtra:
♦ Governor C. Vidyasagar Rao
♦ Chief Minister Devendra Fadnavis
♦ Lavani is popular form of dance in the state.

Mumbai is India’s most expensive city: Mercer survey
i. According to the 2016 Cost of Living Survey by New York-based human resource 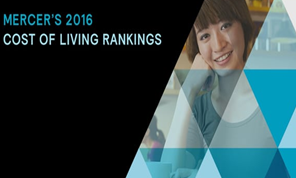 Aadhaar to be linked with caste, domicile certificates
i. Union government directed all State governments to link Aadhaar with caste and domicile certificates to be issued to school students, to avoid difficulties faced by SC and ST students.
ii. This is a first-of-its-kind initiative by the Centre. The states have to ensure that such certificates are issued within 60 days’ time to the students when they are studying in Class V or VIII.
iii. The State government authorities concerned would verify the documents and issue the relevant certificates preferably within 30-60 days.

North Korea test-fired Musudan ballistic missiles
North Korea has test ­fired two mid­range ballistic missiles from its eastern coast under the guidance of Leader Kim Jong Un to elevate the maximum range of missile
Two missiles – Musudan missiles
♦ The first launched missile under failure which was travelling about 150 km before north-korea-missilelanded to the sea
♦ The second missile is more efficient than previous one which is flew about 400 km and touched height of 1,000 km

RBI fixes MSS ceiling at Rs 30k cr for current fiscal
i. Reserve Bank announced the cap under Market Stabilisation Scheme has been fixed at

Tech Mahindra acquires UK-based digital player The BIO Agency
i. Technology services provider Tech Mahindra Ltd has acquired UK-based BIO for 40 million pounds in an all-cash deal to develop its digital group.
ii. The UK major specializes in digital transformation and innovation, helping organizations change the way they take part with their customers. It services brands across financial services, retail, property, travel, and technology sectors.
iii. The fifth largest IT player’s new acquisition will help to compete with larger global rivals, Accenture and Cognizant, who have been able to build strong digital portfolios.

Takayuki Inaba appointed NEC India MD
i. Tokyo headquartered IT firm NEC India has appointed Takayuki Inaba as its Managing Director. Inaba replaces Koichiro Koide, who has been leading NEC India for last two years.
ii. Earlier Inaba was an executive specialist at NEC’s Global Products and Services Division, before moving to the Marketing and New Business Creation division.
iii. The new MD will be responsible for leading and expanding NEC India’s business offerings in the country and will report to Tetsuro Akagi, Chief Executive Officer of NEC Asia Pacific and Senior Vice President of NEC Corporation.

PayPal appoints Anupam Pahuja as India Country Manager and MD
i.US-based payment System Company PayPal appointed Anupam Pahuja as the Managing Director and Country Manager for its India operations.
ii.Prior to this appointment he has been heading the technology for APAC, Pahuja has been with the company for over six years.
iii.He will be responsible for all aspects of PayPal’s India Operations and further strengthening the company portfolio in India.

i. Japanese telecommunications major Softbank appointed Ken Miyauchi as the Head of the group’s, that meant he would be the president and chief operating officer to replace Nikesh Arora.
ii. Miyauchi held 1,101,230 shares of SBG as of March 31, 2016.
iii. Earlier Arora had resigned from his position after it became obvious that Chairman and CEO Masayoshi Son wanted to continue in his current post for another 5-10 years.

LIC Chairman S K Roy Resigns Two Years Before His Term Ends
i. State-run life insurance Company LIC’s chairman SK Roy has resigned nearly two years ahead of completion of his five-year term.  The reasons for his resignation are not known.
ii. Roy was appointed as a chairman in 2013 during UPA government, He was associated with LIC since 1981.
iii. Roy has officially offered his resignation and the finance ministry will send it to the appointments committee of the Union cabinet for acceptance.
Life Insurance Corporation of India:
♦ Founded: September 1, 1956
♦ Headquarters: Mumbai.

India won three-match T20 Series against Zimbabwe, 2-1
i. India wrapped up a successful tour of Zimbabwe with a 2-1 T20 series win after posting a

3-0 whitewash in the preceding ODI series to the same opponent.All the three T20 internationals have played at Harare Sports Club, Harare.
ii. This victory also brings another feather to the Indian skipper that equalled Ricky Ponting’s record of captaining in 324 international matches to be at the top of the list. Dhoni led India in 60 Tests, 194 ODIs and 70 T20 Internationals.
Highlights:
♦ Player of the Match: Kedar Jadhav
♦ Player of the Series: Barinder Sran.

Mary Kom denied wild card entry into Rio Olympics
i. Five-time world champion Mary Kom has been denied by a wild card entry by International Olympic Committee (IOC) for the upcoming Rio Games.
ii. Kom had failed to secure a berth through the qualification round in the past month.  She was a bronze-medallist at the 2012 London Olympics.
iii. International Olympic Committee said in a reply notice to the Indian Body that the wild card should be used for a nation which has not enough athletes to represent at the Olympics.

A Life in Diplomacy authored by MK Rasgotra
i. The book titled A Life in Diplomacy was in news that was written by former Indian diplomat Maharajakrishna Rasgotra.
ii. The book figure outs insider’s account of the personalities and policies that shaped Indian diplomacy and a ringside view of the beginnings of ethnic violence in Sri Lanka, the last years of the Cold War, the negotiations on the formation of SAARC, Indira Gandhi’s assassination and the Bhopal gas disaster.
Maharajakrishna Rasgotra:
♦ Rasgotra joined the Indian Foreign Service in 1949 and rose up to the rank of Foreign Secretary.  He was a Chairman of the National Security Advisory Board between 2005 and 2007. 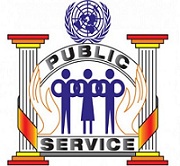 ♦ The UN Public Service Day is celebrated to esteem the value and virtue of public service to the community and to highlight the contribution of public service in the development process in the public sector.
♦ This is the first time that the Day is observed after the 2030 Agenda for Sustainable Development was adopted by all United Nations Member States.

International Olympic Day – June 23
i. The International Olympic Day was celebrated on 23 June annually to witness the occasion, over 160 National Olympic Committees (NOCs) and sports organizations.
ii. The day was formally established on 23 June 1894 and on behalf it series of events to spread Olympic values and encourage people to get involved in sports and lead more active lives has been observed.
iii. The day is celebrated for promotion of participation of societies in the sports all across the world, irrespective of athletic, gender or age ability.
iv. The Day was initiated for commemorating the commencement of modern Olympic Games on 23 June 1894 at Sorbonne in Paris.