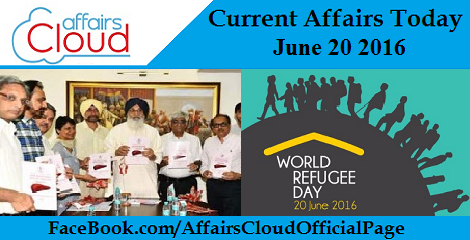 Assam Government launched Maitree Ek Gyan Yatra initiative to link primary schools to colleges
Assam Government decided to launch Maitree Ek Gyan Yatra Scheme to link Primary Schools to colleges in Sivsagar District.
Launched by: Education Department, Assam
Focus: Under the programme, College lecturers will be taking Classes in High Schools and High School Teachers will be teaching in Primary schools voluntarily.
Aim: To change the mindset of the teachers, as in some places subject teachers of a school considered it below their dignity to teach the lower level students.

Arun Jaitley Lays Foundation Stone For New Campus Of IIM-Amritsar
i. The Union Finance Minister Arun Jaitley put down the foundation stone for a new 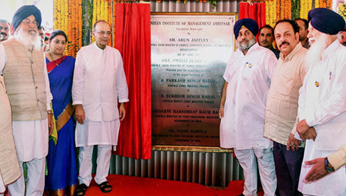 campus of IIM-Amritsar. The new is reported to be the smallest among the 14 existing IIMs in the country by area.
ii. This would be the 15th Indian Institute of Management in the country, which has been so far operating from a temporary facility.
iii. The new campus of IIM-Amritsar, which commenced its first batch last year out of a temporary facility, will be built on a 60-acre land in Manawala of the state.
Punjab
♦ Capital: Chandigarh
♦ Governor: Kaptan Singh Solnaki
♦ Chief Minister: Prakash Singh Badal

Haryana to have India’s first AYUSH University
i. Haryana state cabinet approved a proposal to upgrade Shri Krishna Government Ayurvedic College, Kurukshetra as a university, which will bring the Country’s first AYUSH University. This is the first of its kind in the country.
ii. The state will pronounce an ordinance would soon be introduced for the university following which it would become functional.
iii. The institute is expected to be functional which will have courses of all the systems of AYUSH and also with various facilities.
Haryana
♦ Capital: Chandigarh
♦ Governor: Kaptan Singh Solanki
♦ Chief Minister: Manohar Lal Khattar 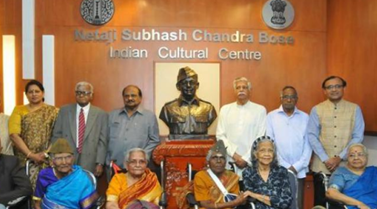 India, UAE to set up parliamentary panel to enhance ties
i. India and the UAE will constitute a joint panel of parliamentarians to enhance relations and simplify their visits to promote cooperation to combat security issues in the region.
ii. A Decision has been taken in this regard during a meeting between first woman speaker of UAEs Federal National Council (FNC) Amal Abdullah Al-Qubaisi and the Indian Envoy T P Seetharam in Dubai
iii. Both the sides mutually agreed to make a draft Memorandum of Understanding (MoU) for the establishment of the parliamentary committee, and envisaged standing areas of cooperation in various political, economic, cultural and investment sectors.
United Arab Emirates:
♦ Capital: Abu Dhabi
♦ Currency: United Arab Emirates dirham
♦ President: Khalifa bin Zayed Al Nahyan

Microsoft acquired Wand Labs start-up founded by Indian
i. Information technology giant Microsoft acquired California-based IIT alumnus Start-up Wand Labs for an undisclosed amount.
ii. The move by the Microsoft is to strengthen company’s build up company’s position in the emerging era of combining the power of human language with advanced machine intelligence.
iii. Wand Labs is a company engaged in builds messaging technology for apps, founded in 2013 by IIT-Delhi alumnus Vishal Sharma who was earlier worked at Google as the vice president, products. 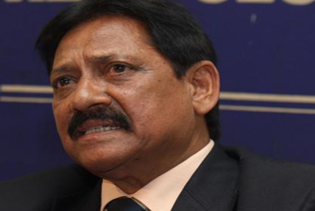 named the chairperson of the National Institute of Fashion Technology (NIFT) in New Delhi.
ii. The appointment of the chairman and non-official members of the Board of Governors of the NIFT which is a statutory body is proposed by the Union textiles minister and approved by the President.
iii. National Institute of Fashion Technology which was set up in 1986 under the Union Ministry of Textiles.

3 International Space Station astronauts land in Kazakhstan
i. An International Space Station team including an American, a Briton and a Russian has landed safely in the Kazakhstan also the team reported feeling fine after spending 186 days in space since their launch in 2015.
ii. The Soyuz TMA-19M capsule carrying Tim Kopra of NASA, Tim Peake of the European Space Agency and the Russian Yuri Malenchenko.
iii. The team had carried out hundreds of scientific experiments in biology, biotechnology, physical science and Earth science.

Nasa unveils X-57 Maxwell Hybrid Electric Research Plane
i. The National Aeronautics and Space Administration (NASA) unveiled the iconic X-57 Hybrid Electric Research Plane called as Maxwell aimed to demonstrate technology to reduce fuel use, emissions, and noise.
ii. The plane uses electric propulsion technology is expected to significantly decrease aircraft noise is named after James Clerk Maxwell, the 19th century Scottish physicist who did groundbreaking work in electromagnetism.
iii. The plane is fixed with 14 electric motors which are powered only by batteries, eliminating carbon emissions turning propellers and all of them are integrated into a uniquely-designed wing. i. The Indian mixed recurve team of Deepika Kumari and Atanu Das has bagged silver after conceding loss to South Korea 1-5 in the final in Konyaalti Beach Park at the Archery World Cup in Antalya.
ii. Indian team trailed against the top-seed Korean pair of Choi Misun and Ku Bonchan and went down 1-5 in the title clash.
iii. In the other event the Women’s recurve team of Deepika Kumari, Bombayla Devi Laishram and Laxmirani Majhi begged bronze medal after conceding defeat to Italy.

Sri Lankan pacer Shaminda Eranga suspended by ICC for illegal action
i. Sri Lanka Pacer Shaminda Eranga has been suspended from bowling in international cricket with immediate effect after his action found illegal in the test conducted at the National Cricket Performance Centre in Loughborough, England.
ii. The assessment revealed that all deliveries exceeded the 15 degrees level of tolerance allowed under the regulations of ICC.
iii. Eranga has appeared in 19 Tests and the same number of ODIs for Sri Lanka, Who will be able to return to international circuit if he passes a fresh test after modifying his bowling action.

Axar Patel moves to career-best rank of 13 in ODIs
i. Indian left-arm spinner Axar Patel jumped 20 places to career-best rank of 13 in the ICC Rankings for ODI bowlers. While West Indies’spinner Sunil Narine has returned to his number-one position.
ii. The Orthodox left arm spinner claimed three wickets against Zimbabwe, is now just three places behind India’s highest-ranked bowler Ravichandran Ashwin.
iii. Jasprit Bumrah took nine wickets was the most successful bowler in the series, has stormed up 125 places to 97th while Kulkarni’s five wickets in the series have lifted him 29 places to 88th.

Prominent educationalist Jeppiaar passes away
i. Well known politician turned educationist Jeppiaar passed away after he complained for chest congestion in Chennai. He was 85-year-old. He was a founder of Jeppiaar Educational Trust.
ii. Jesadimai PangiRaj, better known as Jeppiaar, was born in Muttom near Nagercoil. Early in his life he was a policeman and rose up the ranks in the State politics.
iii. He was the secretary of the Chennai district during AIADMK regime from 1972 to 1987, he was also a special envoy to the Chief Minister.
iv. He graduated in law from Madras University, MA from Mysore University and a Doctorate from Anna University in Water Resource Management.

courage, strength and determination of women, men and children who are forced to flee their homeland under threat of persecution, conflict and violence.
ii. The Day has been coined on 20 June, ever since the UN General Assembly, on 4 December 2000. Millions of people across the world, led by artists, musicians and event chiefs, are involving in a series of celebratory events
United Nations High Commissioner for Refugees:
♦ Inception: 1950
♦ Head: Filippo Grandi
♦ Headquarters: Geneva, Switzerland