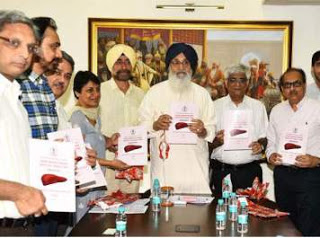 Principal Secretary Health and Family Welfare, Vini Mahajan stated that Free treatments for Hepatitis C will be given in State Government Medical Colleges of Patiala, Amritsar and Faridkot and 22 district hospitals

Procedures of the Scheme: