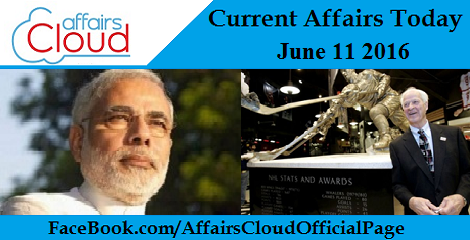 India Post launches logo, tagline design contest for payments bank
i. The Department of Posts launched a logo and tagline design contest on the MyGov portal on June 10.The Open Contest invites participation from all Indian citizens, institutions, agencies and entities for a period of one month, until 9th July 2016.
ii. The best entry will be awarded Rs 50,000/. An expert panel will help shortlist 20 best entries which will thereafter be put up for voting on the MyGov platform to choose the winner.
iii. Earlier Union cabinet cleared a proposal of Rs. 800 crore to set up India Post Payments and a plan for 650 branches operational by September 2017.

Emaar MGF MD Shravan Gupta steps down
i. Dubai based Emaar MGF’s Executive Vice Chairman & Managing Director Shravan Gupta has resigned from the post after the two joint venture partners Emaar Properties and India’s MGF Development had decided to part ways and restructure the company’s business.
ii. Upon the restructuring process realty major Emaar would take control of the company’s uncompleted projects to ensure completion of those projects.
iii. Shravan Gupta will continue to act as director of the company, and While Sanjay Malhotra is the new acting CEO of the company.

Iceland scientists turn CO2 into Stone under CarbFix Project
i. Scientists from Iceland developed a method in which CO2 is pumped into the volcanic rock and sped up a natural process where the basalts react with the gas to form carbonate minerals (limestone).
ii. Carbon Capture and Storage (CCS) is thought to be essential to halt a stumbling global warming which will provide a safer, faster way to sequester CO2.
iii. This method could be a viable way to store CO2 underground permanently and without risk of leakage. This technique requires large amounts of water 25 tons for each ton of CO2 buried
Carbfix project:
♦ The research named Carbfix project, took place at world’s largest geothermal Iceland’s Hellisheidi power plant. The exhausted volcanic gases, including carbon dioxide and nasty-smelling hydrogen sulphide re-injected into the depth of 400-500m.
♦ The 230 tons of the gas, which was dissolved in water that resulted over 95% of CO2 was turned into stone within two years.

Madhya Pradesh BJP MLA Rajendra dadu dies in car accident
i. The BJP MLA Rajendra Dadu passed away in a road accident in Madhya Pradesh’s Sehore district on his way to Bhopal to attend the BJP’s legislature party meeting. He died on the spot. He was 53 year old.
ii. He represented from Nepanagar assembly constituency in Burhanpur district for a second time. 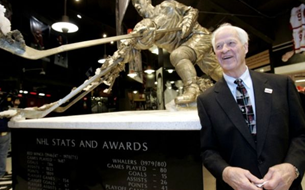 i. Canadian hockey star Gordie Howe has passed away after a prolonged illness. He was 88 years old. Howe is considered one of the greatest ice hockey players of all time.
ii. He was well known for his nickname Mr. Hockey, and an ironman in many respects both on and off the game. He retired in 1971 and was inducted into the Hockey Hall of Fame in Toronto in 1972
iii. Howe maintained in the top 10 of scorers for 21 successive years and was named Most Valuable Player six times. He was also the inaugural recipient of the NHL Lifetime Achievement Award in 2008.

Karnataka Bank former chairman MS Krishna Bhat passes away
i. The former Chairman of Karnataka Bank MS Krishna Bhat has died in Mangaluru. He was 78. Krishna had joined the bank in 1970, and was elevated to the position of General Manager in 1989. He became the Chief General Manager of the bank in 1994.
ii. Krishna Bhat took over as the Chairman in 1995, for a period of two years. This was extended for another three years up to 2000.
iii. During his tenure as the chairman, the paid-capital and owned funds of the Bank increased gone up significantly also registered a growth rate much higher than the industry growth rate and Computerization of the operations began.
iv. The bank also achieved the highest P1 rating for its certificate of deposits from CRISIL. 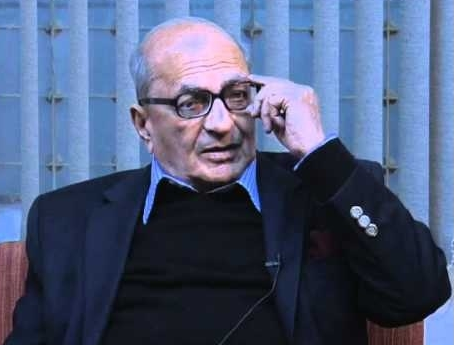 He was known as one of the doyens of political journalism who witnessed India from Jawaharlal Nehru to Narendra Modi.
ii. Chandigarh hailed Malhotra began his career in journalism at United Press of India after graduating from Punjab University.
iii. He also worked with the Statesman, the Times of India and the Guardian and as Indian Express columnist. He was also a Nehru Fellow and a Woodrow Wilson Fellow.
iv. He was awarded the Ramnath Goenka Lifetime Achievement award in 2013.
v. Malhotra has penned several books which includes Indira Gandhi: A Personal & Political Biography (1989) and Dynasties of India and Beyond (2003).