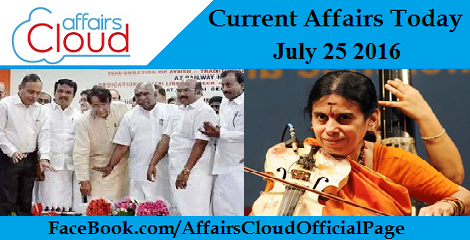 Union Railway Minister Flagged off India’s First ever Green Rail Corridor between Rameshwaram – Manamadurai in TN
The nation’s first Green Rail Corridor, a 114-km long Rameswaram-Manamadurai extent in Tamil Nadu was inaugurated by Railways Minister Suresh Prabhu.
♦ Indian railways signed a MoU with DRDO (Defence Research & Development Organization) for the development of this technology.
♦ This green corridor is aimed towards the ‘Swachh Bharat Abhiyan’ initiated by Prime Minister Narendra Modi and the Indian Railways have set the target of providing bio-toilets in all the coaches by September, 2019 in order to prevent open defecation on the railway tracks.

Hinduja National Power commissions 1,040MW power project in Visakhapatnam
i. Hinduja National Power has commissioned a 1,040 mw power project, which includes two units of 520 mw each in Visakhapatnam.
ii. The entire power generated by project is being given to state owned Southern and Eastern Power Distribution Companies of Andhra Pradesh.
iii. It aims to scale up capacity to 10,000MW over the next few years with an expected investment of around $ 12-14 billion.

India, Mexico target tourism, telecom to boost ties
i. India and Mexico are drafting out a new path in bilateral trade and investment ties with a focus on areas like Renewable Energy, Telecom and Medical Devices.
ii. This decision was taken by the bilateral High Level Group (HLG) on Trade, Investment and Economic Cooperation at the recent meeting in Mexico.
iii. Renewable Energy: Indian firms like Suzlon Energy are looking to make huge investments in the renewable energy sector of Mexico.
iv. Telecom: Indian companies are interested in Mexico’s telecom sector as the Mexican government is looking to provide high-speed broadband Internet access even in remote areas.
v. Medical Devices: India’s medical devices sector will grow to $17.6 billion by 2020 from around $10.4 billion in 2014, while in Mexico the medical devices market will grow to $6.5 billion by 2020 from $4.9 billion in 2015. Central Government has allowed FDI up to 100 per cent under the automatic route in the manufacturing of medical devices.
vi. The bilateral High Level Group (HLG) also discussed to boost cooperation in tourism, food processing and protection of ‘traditional knowledge’. 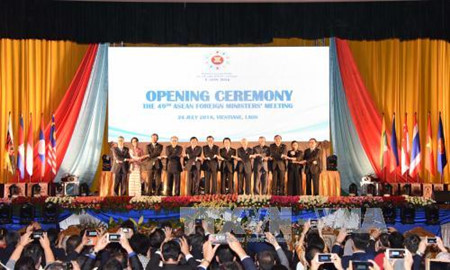 Ministers meet have begun in the Laotian capital of Vientiane.
ii. This meeting is attributed towards contributing to the maintenance and promotion of peace, stability and prosperity in the region and the world.
iii. The central topics to be discussed in this meet includes a versatile list of a range of traditional and non-traditional security challenges, including extremism and terrorism, natural disasters and climate change, refugee issues and human trafficking as well as economic developments, including Britain’s exit from the EU.
iv. The 10 foreign ministers of ASEAN are to be joined by those from dialogue partners, including Chinese Foreign Minister Wang Yi, US Secretary of State John Kerry, as well as Japan’s Fumio Kishida and South Korea’s Yun Byung-se for associated talks that include the Asean Regional Forum and East Asia Summit Foreign Ministers Meeting.
About ASEAN:
♦ Name – The Association of Southeast Asian Nations
♦ Establishment – August 8, 1967
♦ Member countries –  Indonesia, Malaysia, Philippines, Singapore, Thailand, Brunei, Cambodia, Laos, Myanmar (Burma), and Vietnam.

ICICI & AXIS bank teams with Global Payment Giant SWIFT Payment Group
Global payments leader SWIFT, which already has over 70 other leading banks globally now signs up with ICICI and Axis Bank, thereby become the first domestic leaders to enter the international payment group.
♦ Being the first banks in India to join the global payments innovation initiative, ICICI Bank and AXIS bank for cross-border payments, these banks can reiterate their commitment to offering greater speed, transparency and predictability to their clients.
♦ SWIFT payments are a type of international transfer sent via the SWIFT international payment network. The SWIFT international payment network is one of the largest financial messaging systems in the world. Transfer Wise can send or receive certain currencies via SWIFT payment.

SBI To Use Indian Oil Kisan Seva Centres To Serve Farmers
i. India’s biggest lender SBI has announced that it is going serve as banking correspondents through Indian Oil Corporation owned 6500 Kisan Seva Kendras.
ii. The KSK centres that offers access to various agricultural inputs like diesel services to the farmers across the country.
iii. In this regard the lender has inked agreement with IOC for financial inclusion programme that will help the lender further its services to the unbanked rural sectors.
iv. Upon the joint initiative by the majors the customers can use various services like savings account, term deposit, recurring deposit, micro credit, remittances, social security schemes, Aadhaar seeding through KSKs.

NASSCOM ranks TCS Top Employer in IT Industry
The National Association of Software and Services Companies (NASSCOM) has released the annual rankings of top IT-BPM (Business Process Management) employers in the country for 2016.
♦ According to this report, IT major TCS grabs the top spot with 362, 079 employees.
♦ It is noted that TCS heads the Indian IT industry, with 362,079 employees and Infosys follows TCS ranked second, with 197,050 techies. Academy. She will be the first female recipient of the prestigious award.
ii. The Vijayanagaram in AP hailed maestro has been a soloist and teacher besides violin. The award will be given to her on January 1 at the Sadras.
iii. Besides the committee has chosen the following musicians for the respective awards:
♦ Sangita Kala Acharya award — R N Thyagrajan, R N Tharanathan and K Venkatramanan
♦ TTK award —- Dr Nirmala Sundararajan and M Kodilingam
♦ Musicologist award — Dr Rama Kausaliya;
♦ The Pappa Venkatramiah award for violin — Sikkil Baskaran;
♦ Natya Kala Acharya Award — Bharatnatyam dancer and choreographer Malavika Sarukkai.

ITC appoints Sanjiv Puri as its COO
i. Sanjiv Puri has been appointed as the Chief Operating Officer, a newly created portfolio of ITC Limited.
ii. Being appointed as a COO, Puri becomes the second most important executive in the tobacco-FMCG-hospitality and company declared that Puri, a whole-time director of the company, has been appointed as COO with immediate effect.
iii. Executive director Puri was redesignated at a board meeting and he will now oversee day-to-day affairs across ITC’s businesses.
iv. Sanjiv Puri, a graduate of the Indian Institute of Technology, Kanpur, joined ITC in 1986. Puri has worked with ITC in several roles.
v. He was appointed the Managing Director of Surya Nepal, a subsidiary of ITC in 2001.
vi. In 2014, Puri became the President of the company’s fast-moving consumer goods (FMCG) business
vii. ITC was founded in 1910 and it involves in several business such as
♦ Consumer goods
♦ Tobacco
♦ Hotels
♦ Agribusiness
♦ Paperboards & specialty papers
♦ Packaging
♦ Information technology.

Ricoh India Chairman resigns after a prolonged fraud comes to light
i. Ricoh India Chairman Tetsuya Takano resigned his designation on July 25 following the company’s intromitted its falsified accounts in BSE, a week before.
ii. The Board of Directors of the company has accepted his resignation with immediate effect and Mr Tetsuya Takano has resigned as Director cum Chairman of the company with effect from July 25, 2016.
iii. The Ricoh Company, Ltd. is a Japanese multinational imaging and electronics company. It was founded by the RIKEN zaibatsu in 1936. Ricoh’s headquarters are located in Ricoh Building Tokyo.
iv. Ricoh produces electronic products, primarily cameras and office equipment such asprinters,photocopiers, fax machines, offers Software as a Service (SaaS) document management solutions.
v. It is noted that In April, soon after the fraud came to light, Ricoh India’s chief executive and managing director, Manoj Kumar resigned after he was asked to go on leave along with chief financial officer (CFO) Arvind Singhal and senior vice president and chief operating officer (COO) Anil Saini, by the board of directors. 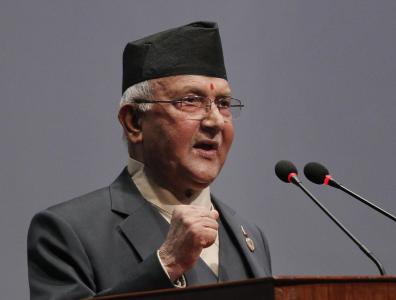 Sharad Pawar to step down as MCA chief
i. Veteran administrator Sharad Pawar to step down from the Mumbai Cricket Association (MCA) president within six months. After he does not qualify on the Recommendations made by the Lodha committee.
ii. The RM Lodha Committee had said in its recommendations that there be caps of 70 years on age and duration of tenure of 9 years of elected office bearers and state associations.
iii. The Apex court said that the these proposals have to implemented in the board within six months of the order.

Verizon announces its acquittal of Yahoo! Inc. for about $4.83 Billion
i. Verizon Communications Inc. and Yahoo! Inc. mutually declared that they have entered into a formularized agreement under which Verizon will acquire Yahoo’s operating business for about approximately $4.83 billion.
ii. Verizon’s purchase of Yahoo, which follows its acquisition of AOL for $4.4 billion in May 2015, provides more evidence that it sees online content and advertising as a primary way to boost growth.
iii. Verizon Communications, Inc., is an American broadband telecommunications company and the largest U.S. wireless communications service provider.
iv. Yahoo, founded in 1994, was a dominant player in the early days of the internet and the company grew rapidly in the latter half of the 1990s and at one stage was considered to be the most popular ‘starting point’of the internet. But has long lost its leadership position in internet search and advertising to Alphabet Inc’s Google, Facebook Inc and others.
v. Yahoo will now be integrated with AOL and this acquisition will put Verizon in a highly competitive position as a top global mobile media company, and help accelerate our revenue stream in digital advertising.

Chinese Aviation Company comes up with an amphibious giant to modernize its Armed Forces
i. China brings out an amphibious aircraft cum seaplane which is the largest of its kind in the world, used for marine rescues and to prevent forest fires.
ii. This double character airplane named AG600 merely about the size of a Boeing 737 and its built to plane built to take off and land on water.
iii. The state-run Aviation Industry Corporation of China unveiled this first of the new planes in the southern port city of Zhuhai and the homegrown production is the latest effort in the country’s program to wean itself off dependence on foreign aviation firms
iv. With a maximum take-off weight of 53.5 tons, the AG600 is the largest seaplane in the world, Xinhua said. It has a reported flight range of 4,500 kilometers and can collect 12 tons of water in only 20 seconds.
v. The plane is part of a massive program to modernize China’s armed forces, the world’s largest, which includes the development of aircraft carriers, anti-satellite missiles and stealth fighters. 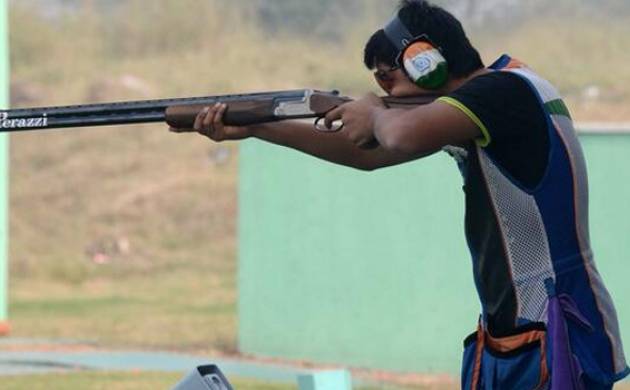 Lopez beats Haase 2-0, wins Swiss Open Gstaad 2016
i. Spain’s Feliciano Lopez has won his first clay court singles title by defeating Netherland’s Robin Haase.
ii. The Spaniard got the first break of the match in the 5th game to lead 3-2 and then went on to win the set 6-4.
iii. Lopez is currently No. 21 in the Emirates ATP Rankings, earned 250 points and €82,450 in prize money.
iv. He becomes the Sixth Spaniard to win an ATP World Tour title in 2016.