We are here for you to provide the important current affairs july 17 2017 which have unique updates of all daily events from all newspapers such as The Hindu, The Economic Times, PIB, Times of India, India Today, Indian Express, Business Standard, all Government official websites. Our complete current affairs helps you to get more marks in Banking, insurance, UPSC, SSC, CLAT, Railway and all other competitive Exams. Minister of Railways inaugurates Sindhudurg leg of the Science Express
The IX Phase of the prestigious Science Express exhibition train which is on a nationwide tour since February 17, 2017 reached Sindhudurg in Maharashtra on July 17, 2017.
i. This phase of train is being referred as ‘Science Express Climate Action Special (SECAS) – II’ as it conveys message about global challenge related to climate change.
ii. The current ninth phase of the Science Express as SECAS II was flagged off on Feb 17, 2017 from Delhi Safdarjung Railway Station by Railway Minister Suresh Prabhu, Dr. Harsh Vardhan – Minister of Science & Technology and Earth Sciences; and Late Anil Madhav Dave – Minister of State (I/C) for Environment, Forest and Climate Change.

J-K govt launches weekly festival ‘Cultrue of Cruise’at Dal Lake
The Jammu and Kashmir has launched a first ever ‘Cultrue of Cruise’, a weekly cultural programme at Dal lake on 16th of July 2017.
Key Points:
i. The J&K Academy of Art, Culture and Languages (JKAACL)in association with the tourism 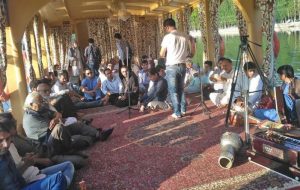 department of Kashmir launched the event.
ii .It aimed to bring artists from various fields on one stage.
iii. The innovative programme series brings writers, performance artistes, musicians, poets and academics together and offers a program of performances, workshops, talks, forums and debates.
iv. The inaugural programme of the series saw artistes such as Mohammed YaseenGundpuri, Mohammed Subhan Shah, and Bashir Kotur.
v. Kashmir Divisional Commissioner Baseer Ahmad Khan also announced that water transport for public in the Jhelum River will be free of cost for a period of one month.
vi. Timing of this free service is 10 AM to 4 PM. Later, these services will be extended to Pulwama, Anantnag and Baramulla.
vii. Sringar Deputy Commissioner Farooq Ahmad Lone directed the tourism department to deploy new motor boats for this service so that people do not face any difficulty.
National Park in Jammu and Kashmir:
♦ Dachigam NP, Salim Ali NP and Hemis NP

India & Sri Lanka sign MoU to develop village in Anuradhapura District
India and Sri Lanka have signed a MoU to develop a village in Anuradhapura District. The total estimated cost is Rs 30 crores Sri Lankan rupees.
Key Points:
i. The MoU was signed by High Commissioner of India to Sri Lanka Mr. Taranjit Singh Sandhu and Mrs. W.K.K. Athukorala, Secretary to the Ministry of Housing and Construction in the presence of Parliament Speaker Mr. KaruJayasuriya.
ii. The project is in line with Government of Sri Lanka’s policy of rehabilitation of rural villages for economic development.
iii. It will benefit 153 families residing in the village.
iv. The village in the name of a famous Buddhist monk SobithaThero, a multipurpose 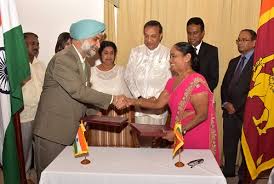 Tata Motors develops first Bio-Methane Bus
Auto major Tata Motors has developed the country’s first bio-CNG (bio-methane) bus on 17th of July 2017.
Key Points:
i. The buses were showcased at the Urja Utsav organised by oil ministry.
ii. Bio-CNG will help in contributing to the smart cities and to keep them clean and is a good option for wet garbage management.
iii. The bio-methane engines (5.7 SGI and 3.8 SGI) will be available on light and medium buses. 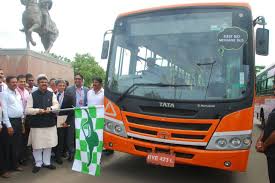 iv. It displayed three models, including the lead model Tata LPO 1613 with 5.7 SGI NA BS-IV IOBD-II compliant buses.
v. The Tata LPO 1613, already in operation by Pune Municipal Transport Corporation, was showcased with bio-methane fuel at the event.
vi.The gas, which gets produced out of natural degradation process, escapes into the atmosphere unused.
vii. Bio-methane bus is aimed to develop environment-friendly vehicles. Bio-methane is produced out of bio-degradable materials like kitchen waste.

Justice Gopal Prasad Parajuli to be the new Chief Justice of Nepal
Justice Gopal Prasad Parajuli will be the new Chief Justice of Nepal announced on 17th July 2017.
Key Points:
i. A special programme is organised at the office of the President in Sheetal Niwas and President Bidya Devi Bhandari administered the oath of office and secrecy to CJ Parajuli.
ii. After endorsement by PHSC the President will now appoint him as the Chief Justice. No complaints were registered against him in the PHSC.
iii. He will head the judiciary till 28th April 2018. Justice Parajuli is the senior most judge of the Supreme Court after the retirement of Chief Justice SushilaKarki.
iv. Prime Minister Sher BahadurDeuba, Vice-President Nanda Bahadur Pun, Speaker OnsariGharti, chiefs of constitutional bodies, judges of the Supreme Court and Chief Secretary, RajendraKishorChhetri, among others, were present on the occasion.
v. He was born on 28th April 1953 in Tanahun district, Parajuliand had practiced law for long and was appointed the Ad-Hoc Justice at appellate court in 1990.
About Nepal
♦ Capital: Kathmandu.
♦ Currency: Nepalese rupee
♦ Prime minister of Nepal: SherBahadur Deuba 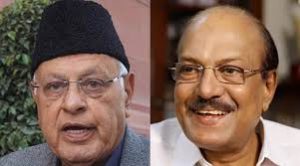 iii. He defeated by over 10000 votes from the Srinagar-Budgam parliamentary constituency.
iv. Kunhalikutty was elected after winning the Malappuram by-poll in Kerala.
v. He defeated Communist Party of India-Marxist candidate and youth leader MB Faisal.

Super-flexible and strong artificial silk developed
Scientists from the University of Cambridge have developed super-stretchy and strong artificial silk. It is composed almost entirely of water, which may be used to make eco-friendly textiles and sensors.
Key Points:
i. The fibres are spun from a soupy material called a hydrogel, which is 98% water.
ii.The remaining 2% of the hydrogel is made of silica and cellulose.
iii. According to the researcher’s fibres, that resembles miniature bungee cords as they can absorb large amounts of energy, are sustainable, non-toxic and can be made at room temperature.
iv. The extremely thin threads are a few millionths of a metre in diameter. After the hydrogel is stretched for roughly 30 seconds, the water evaporates, leaving a strong fibre.
v. Fibrecan support stresses in the range of 100 to 150 megapascals, which is similar to other synthetic and natural silks.
vi. The fibres are capable of self-assembly at room temperature, and are held together by supramolecular host, where atoms share electrons.

GSI discovers millions of tonnes of precious metals and minerals in Indian waters
Scientists from the Geological Survey of India (GSI) have discovered the presence of millions of tonnes of precious metals and minerals deep under the waters that surround peninsular India.
i. The huge presence of marine resources was first identified off Mangaluru, Chennai, Mannar Basin, Andaman and Nicobar Islands and around Lakshadweep in early 2014.
ii. Marine resources that have been identified comprise lime mud, phosphate-rich and calcareous sediments, hydrocarbons, metalliferous deposits and micronodules. 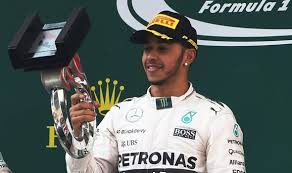 Verstappen and Daniel Ricciardo.
iv. Hamilton’s victory has cut his deficit to Ferrari’s Sebastian Vettel to just one point in the championship.
v. Sebastian Vettel(German racing driver) suffered a front-left tyre failure who finished at the seventh spot.
About British Grand Prix
The British Grand Prix is a race of the FIA Formula One World Championship. It is firstly held in 1926
♦ It is currently held at the Silverstone Circuit near the village of Silverstone  in
North amptonshire in England.
♦ The British and Italian Grands Prix are the oldest continuously staged Formula One World Championship Grands Prix. 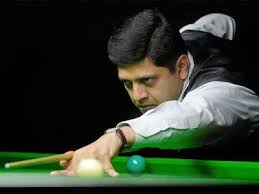 i. Manudev, Alok, Chirag Ramakrishnan and Rafath Habib have qualified for the World Six-Red and Team Championship Snooker to be held in Egypt.
ii. They also qualified for the World Snooker Championship to be held in Malta.
iii. Manudev started with a break of 64 to lead by 1-0.
iv. Earlier, in the semifinals, Alok Kumar bt Chirag and Manudev bt Rafath Habib
v. Manudev has received 63-33 frames in final and win the title.
vi. The final results frames of Manudev beat Alok Kumar is 68-42, 60-22, 65-59, 17-66, 63-33.

Kargil International Marathon “Run for Sarhad” concluded
The first ever Kargil International Marathon ‘Run for Sarhad’concluded with more than 800 runners from all over the world participating in the event. The event concluded on 17th of July 2017.
Key Points:
i. People of all ages participated in the 160, 120, 60, 40, 20 and 10 kilometers races.
ii. The marathon was organised by Sarhad Pune, Run Buddies, SEWAK, All Kargil Tour and Travel Association, SEMOK etc, with support from LAHDC Kargil and Indian Army.
iii. The marathon started from Tourist Facilitation Centre (TFC) Kargil and concluded at the same venue covering Drass War Memorial, Kaksar Harka Bahadur.
iv. ‘Divyang’ students of Munshi Habibullah School also participated in the marathon.
v. Major DP Singh, the first blade runner of India has also participated in the marathon.
vi. The winner of 60 km is ZaheerAbass. He ran in less than 6 hours.
vii. Sarfaraz Rahman, a young international runner from Meerut won in the category of 120 km race

Indian Damneet Singh wins silver medal at IAAF World U18 Championships in hammer throw
Indian youngster Damneet Singh has wonthe India’s first silver medal at the IAAF World U18 Championships. He has won in the boys’ hammer throw category.
Key Points:
i. The IAAF World U18 Championships being held in Nairobi, Kenya.
ii. Damneet has achieved best mark of 74.20m in his first attempt.
iii. Ukraine’s Mykhaylo Kokhan won the gold medal with a throw of 82.31m.
iv. Raphael Winekelvoss won the bronze with a 71.78m.
v. Damneet Singh qualified for the worlds with a 70.29m throw at the 2nd Asian Youth Athletics Championship held in Bangkok in May 2017.
vi. It is India’s first hammer medal at global championships.
About IAAF
The International Association of Athletics Federations (IAAF) is the international governing body for the sport of athletics.
♦ It was founded on 17 July 1912.
♦ Headquarter in Monaco.
♦ President: Sebastian Coe 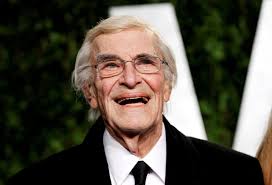 debut on the sitcom The Goldbergs, starring Gertrude Berg and Eli Mintz.
ii. In the 1980s, Landau made a strong screen comeback starring in Francis Ford Coppola’s 1988 Tucker: The Man and His Dream, and Woody Allen’s Crimes and Misdemeanors.
iii. He earned Oscar nominations for both.
iv. He lift up the Best Supporting Oscar playing horror film star Bela Lugosi in Tim Burton’s Ed Wood.
v. In recent years he starred on television hits Entourage and Without a Trace. 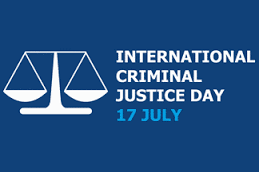 ii. The ICC began its work in The Hague, Netherlands in 2002.
iii. This day aims the promotion of international criminal justice and it remains a clear showing of support for the ICC.
iv. The International Criminal Justice which is the only permanent criminal court that holds perpetrators of genocide, war crimes, and crimes against humanity accountable.
v. This year, a new UN team tasked with investigating serious international crimes committed in Syria since 2011 will begin its work.
vi. This day recounts the positive steps toward accountability brought about by the ICC and other justice mechanisms on a difficult international landscape.
vii. The court works is to strengthen its own practices, backing from member countries is needed to carry out the court’s investigations, arrest warrants, and witness protection programs.
viii. Numerous African countries also announced their support for the ICC after South Africa, Burundi, and Gambia announced their withdrawals.
ix .The new government in Gambia stating it would remain an ICC member.
x. Zambia also came out strongly in support of membership with the ICC in public consultations launched by the Zambian government.