At 35 years and 11 months, Roger Federer has become oldest Wimbledon male champion in the Open era (since 1968). 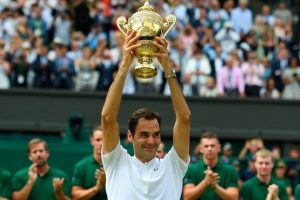 The Championships, Wimbledon, commonly known as Wimbledon, is the oldest tennis tournament in the world, and is widely regarded as one of the most prestigious.