The IX Phase of the prestigious Science Express exhibition train which is on a nationwide tour since February 17, 2017 reached Sindhudurg in Maharashtra on July 17, 2017.

Science Express is a flagship programme of the of Science & Technology (DST), under Union Ministry of Science and Technology. 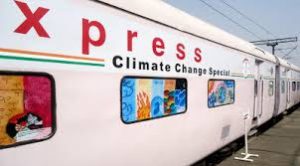 Phases of Science Express and Themes: