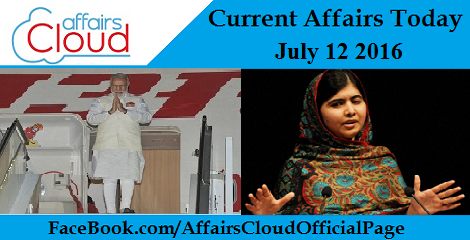 India’s first smart grid to come up in Gurgaon
i. The Union government has set to extend support to the country’s first smart grid project to be set up at Gurgaon in Haryana under UDAY, The state has been a performing state under the debt restructuring programme for state-owned power distribution companies.
ii. The maiden phase of the smart grid project centre would extend a grant of Rs 273 crore to the Haryana. The assistance to Haryana would be given from the Power System Development Fund (PSDF) for Rs 7,000-crore project, the first phase of which would cost Rs 1,382 crore.
iii. The project would ensure 24 x 7 quality power supply to the city which depends on diesel gensets due to irregular power cuts.
iv. A smart grid is an electrical grid that encompasses variety of operational and energy measures, including smart meters, smart appliances, renewable energy resources and energy-efficiency resources. Government sets up panel to consider MSP hike, bonus for pulse production
i. Union government set up a high-level committee headed by Chief Economic Adviser Arvind Subramanian to consider a reasonable increase in minimum support price (MSP) for pulses and bonus for farmers.
ii. To address the issue of escalating prices of pulses the committee was named that will submit its report in two weeks. It will look into various options, including MSP and bonus.
iii. A ministerial committee chaired by Finance Minister Arun Jatley also decided to increase the buffer stocks to 20 lakh tonnes from the existing 8 lakh tonnes.
iv. The government will import 1 lakh tonne of arhar and tur dal annually from Mozambique. PM Modi, during his visit to African countries including Mozambique, signed an agreement in this regard.

PM Narendra Modi on a four nation tour of Africa – To compose a fresh chapter in Indo – African relationship.
Prime Minister Narendra Modi made a historic Five day visit to the Four African Capital
Countries in order to fortify the bilateral relationship with the developing African Countries. The Following countries were visited by Modi in the last five days, [From 7th July to 11th July]

Mozambique:
3 MoU / Agreements Signed:
♦ An MoU for long term agreement for purchase of pulses from Mozambique,
♦ An MoU on drug demand reduction and prevention of illicit trafficking of drugs
♦ An MoU in the field of youth affairs and sports
India handed over 30 Mahindra SUVs to the Mozambique government, completing the delivery of $4.5 million grant assistance as part of supporting institutions in the African country.

South Africa:
Modi addressed more than 11,000 members of the Indian community in Johannesburg calling the country the ‘karma-bhoomi’ of Mahatma Gandhi.
3 MoU / Agreements Signed:
♦ An MoU on grassroot innovation in selected areas,
♦ An MoU in including agricultural technology and
♦ An MoU for indigenous knowledge systems
Narendra Modi visited Phoenix Settlement, a place well known to be closely related to Mahatma Gandhi who had established it in 1904.
Pentrich to Pietermaritzburg: PM retraces Mahatma Gandhi’s South African train journey.

Tanzania:
India and Tanzania signed five MoU’s in order to fortify the bilateral relationships.
Modi also offered $500 million of concessional credit for water supply connections to 17 cities in addition to an existing $100 million to Tanzania.

Kenya:
India, Kenya sign 7 pacts including cooperation in defence,an MoU between Bureau of Indian standards and Bureau of Kenya standards, India has extended two Lines of Credit to Kenya, etc.,

HDFC to become first issurer of Masala Bonds to overseas investors in order to raise Rs.3,000 crore
Housing Development Finance Corporation (HDFC) Ltd is planning to raise about Rs.3,000 crore by issuing the first unrated Synthetic Indian Rupee (INR) Notes to overseas investors. It is the first Indian public issuer of the Synthetic INR Notes. Our country’s largest private sector mortgage lender HDFC, plans to raise Rs 3,000 crore through these synthetic bonds.
Incumbency period:
These bonds will bear a fixed coupon and will have a incumbency period of 3 years and 1 month.
Joint Ventures:
The company has named Axis Bank, Credit Suisse and Nomura as joint venture runners and lead managers to the event.

BRICS bank to issue $448 million of yuan green bonds
i. The New Development Bank (NDB) of the BRICS countries is set to issue green bonds in Chinese yuan to raise funds for clean energy and infrastructure projects.
ii. The bank plans to issue 3 billion yuan worth of five-year bonds denominated in Chinese currency on July 18 also bond proceeds will be used to finance green projects in BRICS Nations.
iii. The green bonds will be issued with a 5-year tenor and will be the first such issuance by a bank of its type under guidelines issued by China’s central bank in December.
New Development Bank:
♦ President: K.V. Kamath
♦ Founded: July 15, 2014
♦ It was jointly founded by the BRICS (Brazil, India, China and South Africa) and headquartered in Shanghai.

‘Paperless SIP’ introduced by BSE for mutual fund investors
i. ‘Paperless SIP’ (systematic investment plans) which allows mutual fund investors to make transactions through various modes of payments has been unveiled by the leading Bombay Stock Exchange (BSE).
ii. These investment plans also allows MF distributors to register SIPs for their clients, who can pay SIP amounts through different modes.
iii. As per this Paperless SIP facility once the SIP has been registered, the investors would receive an e-mail for all the payment modes, including direct pay, nodal account, one time mandate and cheque.
iv. Capital market regulator SEBI had allowed mutual fund distributors to use the stock exchange platform for non-demat transactions as well for sale or redemption of these financial products since 2014.
v. It is noted that this scheme is available only for non-demat transactions and for instalment of amount more than Rs 2 lakh.

UP creates world record by planting over 5crore trees
i. The forest department of Uttar Pradesh has set a world record for orchestrating the largest state-wide plantation drive in 24 hours mission to plant 5 crore saplings.
ii. The drive was kicked off by Samajwadi Party chief Mulayam Singh Yadav in Lucknow where he planted eight trees and CM Akilesh Yadav also paid a visit to the command centre to monitor the drive.
iii. Also the state claimed it had achieved the target and planted 5.01 crore saplings across the state. UP’s official entry into the Guinness Book of World Records, however, will only be announced once the record keeping team verifies the claims, a process that is expected to take up to two months.
iv.This was the biggest plantation exercise carried out globally. Earlier, MP forest department held the Guinness record of planting 1.43 crore saplings in 24 hours in August 2015.

President confers the 51st Jnanpith Award on Dr. Raghuveer Chaudhari
i. The Jnanpith Award is one of the highest Indian literary awards presented every year by 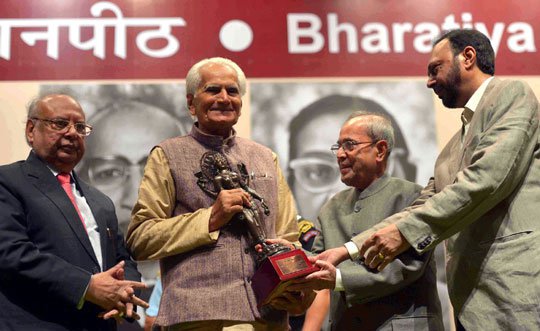 the Bharatiya Jnanpith and is given to an author for their work in “outstanding contribution towards literature”.
ii. Without posthumous conferrals, this award is given to only Indians, who have been writing in Indian Languages included in the 8th schedule of the constitution and English.
iii. For this year 2016, the 51st Jnanpith Award to the famous writer, Dr. Raghuveer Chaudhari from Gujarat at a function held at Parliament Library Building in New Delhi.
iv. He started his career by writing novels and by now he wrote more than 80 renowned books and he has also been awarded with Shakitya Academy Award.
v. He reiterated that it is not possible on the part of one agency to ensure the full-fledged development of art, literature and development of creativity.
vi. This award comprises a citation plaque and a cash prize of Rs. 11 lakh and a bronze replica of the Hindu goddess of knowledge and wisdom, The Saraswati.

K V R Murthy new chairman-cum-MD at Jute Corp of India
i. K V R Murthy has been appointed as chairman-cum-managing director of the Jute Corporation of India Limited with the effect from this month beginning.
ii. The appointment is valid for a period of five years or till the date of his superannuation, whichever is earlier.
iii. Prior to this appointment Murthy was earlier associated with Eastern Railways in the capacity of Chief Commercial Manager.
Jute Corporation of India Ltd:
♦ Founded: 1971
♦ Headquarters: Kolkata i. Nano technologists at Tel Aviv University have created a new adhesive Electronic Tattoo that can read emotions and also can improve muscle control of amputees and patients with brain injuries.
ii. The tattoo consists nanotechnology-based conductive polymer coating that increases the carbon electrode’s performance. It archives a strong, steady signal for hours on end without irritating the skin.
iii. The electrode, developed by Yael Hanein of Tel Aviv University in Israel, may develop the therapeutic restoration of injured nerves and tissue.

Rio 2016: Sreejesh to lead men’s hockey team
i. Hockey India named senior goalkeeper PR Sreejesh as the captain of the national team for the Rio Olympics, axing long time captain Sardar Singh.
ii. The Kerala hailed Sreejesh, one of the finest keepers in world hockey at the moment, was rewarded after the team, under his leadership, ended up with a silver medal at the Champions Trophy in London.
iii. In the string of moves playmaker SV Sunil, who is also a key player in the side, has been named vice-captain. He was Sreejesh’s deputy in the Champions Trophy.

Malala Day – July 12
i. Malala Day celebrated on July 12 to raise awareness and to help girls get their right to education. Malala Yousafzai is a global symbol of every girl’s right to an education.
ii. Upon her recognition for bravery and in honour of her heroic stand to ensure education for all, the United Nations in 2013 declared that the day will be annually observed as Malala Day worldwide.
iii. She was born 12 July 1997, who is a Pakistani activist for female education and the youngest-ever Nobel Prize laureate.
iv. Malala’s name featured in 100 Most Influential People in the World in TIME magazine in 2013, 2014 and 2015.