Prime Minister Narendra Modi made a historic Five day visit to the Four African Countries in order to fortify the bilateral relationship with the developing African Countries. The Following countries were visited by Modi in the last five days, [From 7th July to 11th July]

Prime Stress given in the Agenda:-

On the First day Modi visited Mozambique as per the schedule. India signed a long-term agreement for the import of pulses from Mozambique during Modi’s visit. The pact will help India tide over shortage of pulses in the country that has led to a spurt in prices. Mozambique grows the commodity without much consumption. India’s cabinet last month had cleared a proposal to enter into an agreement with Mozambique for importing 100,000 tons of pulses in 2016-17 with an option to scale it up to 200,000 tons by 2020-2021.

The leaders witnessed signing of 3 agreements in Maputo.

India handed over 30 Mahindra SUVs to the Mozambique government, completing the delivery of $4.5 million grant assistance as part of supporting institutions in the African country.

Narendra Modi visited the Centre for Innovation and Technological Development at the Science and Technology Park at Maluana. This Centre provides essential services including classroom training in IT-related technologies and incubation space for startup technology.

Modi discussed with the students and encouraged them to share their experiences of working at the Centre and he also met alumni of Indian educational institutions.

It is noted that Modi is the first Indian head of government to visit Mozambique after 34 years. Former Prime Minister Indira Gandhi was the last to visit that country in 1982.

On the second day, He visited South Africa. On arriving in Pretoria, Modi talks with South Africa President Jacob Zuma and addressed a gathering of business leaders.

In the second day evening, Modi addressed more than 11,000 members of the Indian community in Johannesburg calling the country the ‘karma-bhoomi’ of Mahatma Gandhi.

During this visit, Modi declared three important MoUs including

During his visit to South Africa, Modi invited defense businesses to set up a manufacturing base in India, which could service the domestic requirements of India and South Africa as well as for export to third countries. Narendra Modi visited Phoenix Settlement, a place well known to be closely related to Mahatma Gandhi who had established it in 1904. This settlement portrays Gandhi’s principles of Satyagraha which has played a crucial role throughout his long history in promoting justice, peace and equality. Prime Minister plants a tree at this settlement.

Earlier in the same day, Modi travelled in a train from Pentrich to Pietermaritzburg railway station, where Mahatma Gandhi was “dejected from a train in 1893 for refusing to obey an order to move from a first-class compartment to a third-class one because of his race”.

As a part of the plan, Modi visited Tanzania on the third leg of the tour plan.

India and Tanzania agreed to deepen overall defense and security partnership, especially in the maritime security. 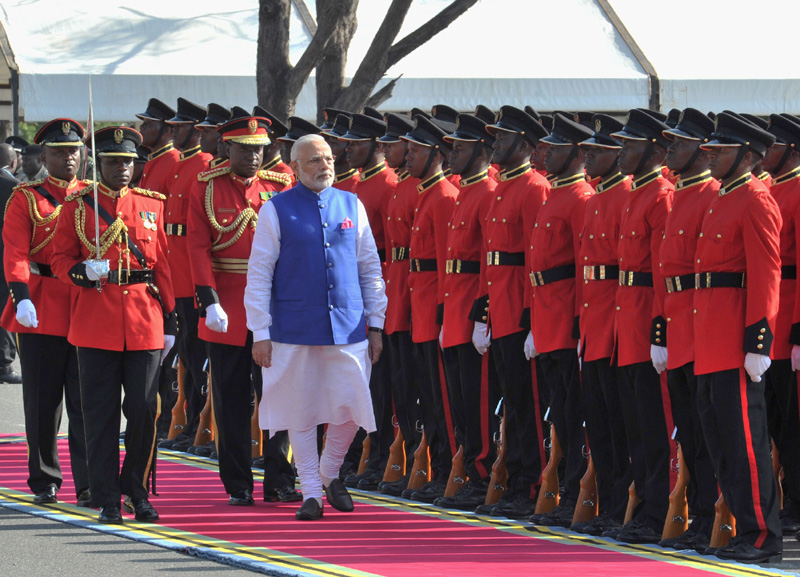 India and Tanzania signed five MoU’s in order to fortify the bilateral relationships. They are as follows:-

On the final leg of the tour, Modi visited Kenya. 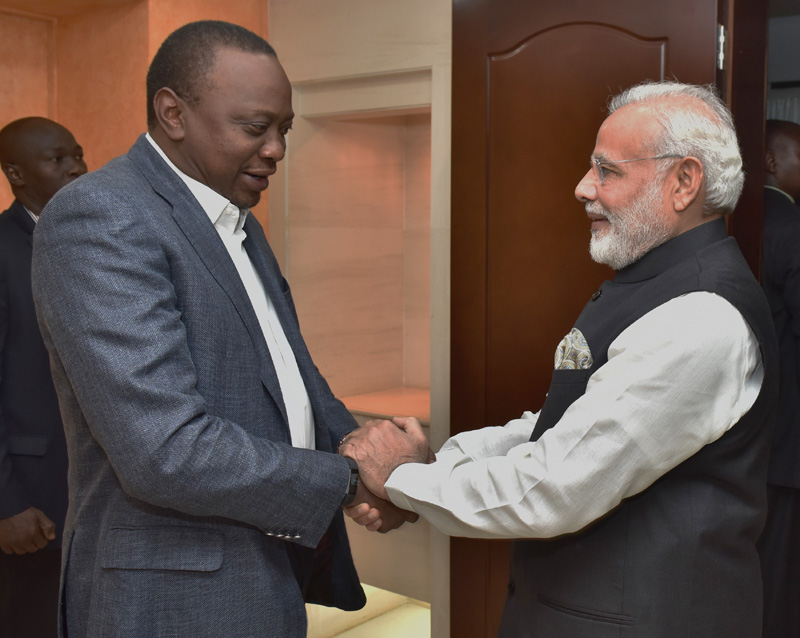 India and Tanzania sign agreement for cooperation in various fields