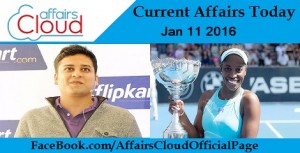 Union Minister of Health and Family Welfare, Jagat Prakash Nadda has announced that a set of four new vaccines will be added soon under “Mission Indradhanush”.

Railways gets its first ‘Make in India’ luxury coaches 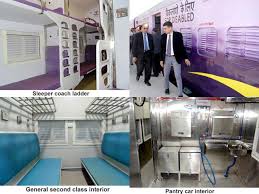 Benefits:It will contribute to planet earth by removing more than 1.0 lakh registers related to track maintenance. This will result in saving of close to 500 trees a year.

*Minister of State for Railways:ShriManojSinha

Sri Lanka’s new government presented its plan for a new constitution aimed at devolving power and preventing the sort of ethnic tensions that led to a long and bitter civil war that ended in 2009.

The subsidiary HDFC International Life and Re Company Limited (HILRCL)has been set up with an initial capital of USD 12.33 million.

RINL, a corporate entity of Visakhapatnam Steel Plant inked an MoU with the Government of Andhra Pradesh during the 22nd CII Partnership Summit & 1st Sunrise AP Investment Meet” currently being held in Visakhapatnam.

Investment: Rs.38,500crores by RINL to take up various projects at Visakhapatnam with an employment opportunity to around 3000 people.

Mangaluru Airport conferred as best in the country

Mangaluru International Airport (MIA) has achieved the fifth rank in terms of customer satisfaction and handling among the 53 two-tier airports in the country. The internal survey was done by a private agency for the Airports Authority of India. The 53 airports had handled upto 15 lakh passengers a year. 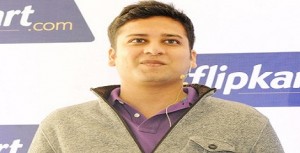 Economist Paul Kaba Thieba was named as the Prime Minister of Burkina Faso by the President Roch Marc Christian Kabore.

The announcement was made a week after the president was sworn in as the country’s first new leader in almost three decades following his election in November 2015.

Micromax has appointed VikasThapar as its new senior vice president for finance.

New Position: Building the company’s asset and revenue base while leading external relationship developments with all key partners including bankers, equity partners, investors and with the government.

Researchers at a university in Britain have developed viruses that could halt the decline of “Muga” caterpillar in India which produces one of the finest silks in the world.

What is Transit method?

It is detection of the tiny brightness dips caused by the planet after it crosses its host star’s face from spacecraft’s perspective. Transit method technique requires extremely precise pointing of spacecraft.

Kepler was launched in March 2009 and was tasked with determining how commonly, Earth-like planets occur throughout the Milky Way galaxy. 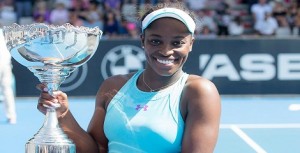 Sloane Stephens has claimed her second WTA title after winning two matches in a day to triumph at the ASB Classic in Auckland.

World No. 4 Stanislas Wawrinka from Switzerland has won the 2016 Chennai Open title of tennis. In the summit clash at Nungambakkam tennis stadium in Chennai, he defeated the Borna Coric (World No. 33) of Croatia by 6-3, 7-5 score.

The Chennai Open is a professional tennis tournament played on outdoor hard courts. It is currently part of the ATP World Tour 250 series of the Association of Tennis Professionals (ATP) World Tour.

Maria Teresa de Filippis, the first woman to race in a Formula 1 grand prix has died at the age of 89.

Noted Hindi writer and journalist RavindraKalia(78) passed away. He had been suffering from liver cirrhosis. 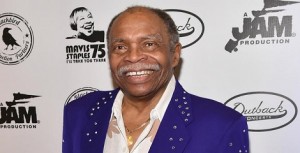 The one-time Grammy nominee, inducted into the Blues Hall of Fame in 2013 died of a heart attack. He was 73.

Clay was preparing upcoming U.S. and European tours and had been nominated for two Blues Music Awards one for his album with Billy Price and one for soul blues music artist.