A key panel on GST(Goods and Services Tax) headed by the chief economic advisor Arvind Subramanian submitted its suggestions to the government. Chief economic advisor suggested a revenue-neutral rate 17-18 per cent GST rate and dropping of the one per cent additional tax on inter-state sales.

Revenue-neutral rate:To preserve current revenues that is at which there will be no loss to both state and central governments.

Delhi Assembly passed a bill, around 400 per cent hike in the salaries of MLAs. The Members of the Legislative Assembly of the Government of NCT of Delhi (Salaries, Allowances, Pension) Amendment Bill 2015 will allow the basic salaries of MLAs to surge from 12,000 rupees to 50,000 rupees.

This year a group of AAP legislators had demanded a significant hike in salary, as their earnings were not enough to run their family and offices. rejection

The Allahabad High Court ruled that married daughters of deceased government employees should be considered for appointment on compassionate grounds under the Dying in Harness Rules.

View of the court: A married daughter cannot be deprived of her right only because of her marital status and labelled as not acceptable the state government’s contention that daughters upon their marriage become a member of their in-laws’ family they are not included among the dependents of the father.

The court specified that the elimination of married daughters violated Articles 14 (Right to Equality), 15 (prohibition of discrimination on the grounds of sex, religion, caste etc.) and 16 (equality of opportunity in matters of public employment). 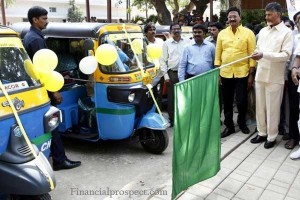 Purpose: To encourage women to take up driving as profession

Lok Sabha passed a bill to enhance the compensation that airlines must pay to passengers in case of death, injury, lost baggage or even unreasonable flight delays.

The state government launched its first International Festival on Birds. The northern state has been famous for hosting many indigenous and exotic migrant birds.

Purpose: To promote the collection of bird species in Uttar Pradesh

Hosted by: Uttar Pradesh Forest Department and the Federation of Indian Chambers of Commerce and Industry (FICCI).

National Chambal Sanctuary: It is a protected tri-state area that accommodates critically endangered species such as Gharial (small crocodiles), the Red-crowned Roof Turtle and the endangered Ganges River Dolphin,

Location: Along the Chambal River, falls in the tri-point of Rajasthan, Madhya Pradesh and Uttar Pradesh

Australia’s parliament has passed the Australian Citizenship Amendment (Allegiance to Australia) Bill to strip dual nationals of their citizenship if they are convicted of terrorism offences or found to have fought with banned groups overseas, despite concerns about deporting terrorists.

Competition Commission of India (CCI) has imposed a penalty of over Rs 74 crore on IPO-bound Alkem Laboratories and its two officials for indulging in unfair business practices. 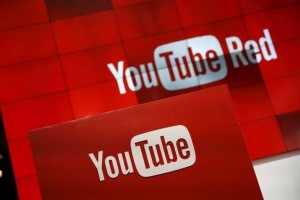 Youtube, in collaboration with Subhash Ghai-owned film school  Whistling Woods International, has opened its 8th (one of a kind) Youtube Space in Mumbai’s Film City. It is the first video production studio in the country. Similar to Youtube’s existing studio hubs around the world, the new Mumbai YouTube Space offers courses, equipment, workshops, collaborations, and more.

The Delhi government has launched a mobile-based application to rescue homeless people during winters.

Veteran Israeli dove Yossi Sarid, a former government minister who remained a leading critic of Israel’s policies toward the Palestinians until his final days

Theme: “The world is changing. Are you? Volunteer! “

International Volunteer Day for Economic and Social Development is celebrated every year all over the world on 5th of December. 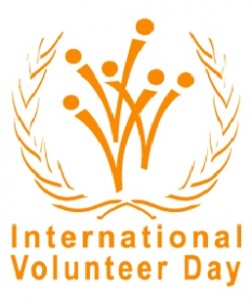