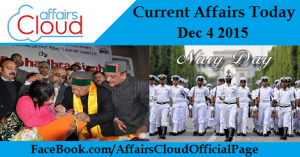 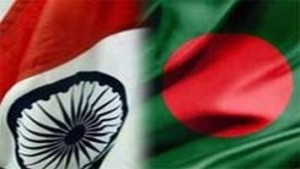 Central government approved Rs.1006 crore rehabilitation package for the people affected after the exchange of enclaves between India and Bangladesh.

Aim: To increase participation of people with disability in day-to-day practices. Sugamya Bharat is a right step towards an inclusive society.

NGT announces Rs 5,000 fine on use of plastic in Chandigarh

National Green Tribunal announced a fine of Rs 5,000 on anyone found using or dealing with plastic material in Chandigarh to make the city pollution-free.

Reason: The direction came while hearing an appeal by Chandigarh resident Rishi Dev Anand who has suspected gross failure in waste management system and in tackling garbage disposal.

Himachal Pradesh has become the first state in the country to launch Rotavirus vaccination project. Chief Minister Shri Virbhadra Singh launched this project from Dharamsala in district Kangra by dispensing the Rotavirus drops to the children under five years. It will help in monitoring the deaths amongst small children due to Diarrhea.

Ravi Shankar Prasad, Minister of Communications and Information Technology, announced that the India Posts would soon launch postal stamps to celebrate biodiversity of India’s flora and fauna. It will also celebrate the centenary anniversary of the Zoological Survey of India (ZSI).

The ZSI was founded on July 1 in 1916 under the British rule. The organisation has been instrumental in protecting and conserving the animals and birds of India for the last 99 years. It is the highest organisation in order of animal research and classification in India and operated by the Ministry of Environment and Forest Affairs

WHO released estimates of the global burden of foodborne diseases

China’s president Xi Jinping has announced a funding support of $60 million to Africa at a summit in Johannesburg for development purposes which includes $5 billion of grants in zero interest loans (and) $35 billion in preferential facility and export credit loans and concessional loans.

Britain struck in the Omar oil fields in eastern Syria that help finance the Islamic State group and Germany prepared to send scouting aircraft to the Middle East as coalition forces stepped up efforts to fight the militants.

The jihadist group Islamic State (IS) burst on to the international scene in 2014 when it detained large swathes of territory in Syria and Iraq. It has become dishonorable for its brutality, including mass killings, abductions and executions.

According to a UN report, India, China and Pakistan are among the 10 countries in the Asia-Pacific that account for 98 per cent of youngsters aged 10 to 19 living with HIV. As per report it is facing a “hidden epidemic” of HIV among adolescents.

The Asia-Pacific Inter-Agency Task Team on Young Key Populations including UNICEF and the Joint UN Programme on HIV/AIDS published the report ‘Adolescents: Under the Radar in the Asia-Pacific AIDS Response’. As a part of gold monetisation programme of the Union Cabinet, Metals and Minerals Trading Corporation of India (MMTC) has decided to strengthen marketing network for selling Indian Gold coins by entering into tie-ups with SBI, ICICI Bank and India Post.

The reserve bank of India has revised the priority sector lending guidelines for Regional Rural Banks (RRBs) according to which the RRBs will have to increase 18% of their total outstanding towards agricultural activities.

Cellent AG is a leading IT consulting and software services company and has been offering IT solutions and services to its customers in the DACH region of Germany, Austria and Switzerland for the past 14 years.

National Textile Corporation (NTC) Limited signed a memorandum of understanding (MoU) with Transparency International India (TII) to adopt Integrity Pact. With this  NTC become the first textile corporation in India to sign such a pact.

It is a tool in which all activities and transactions between a company or government department and their Suppliers are handled in a transparent and corruption-free manner. It forbids any kind of bribing, favour or any other unethical practice, which is closely scrutinized by honorary Independent External Monitors (IEMs). 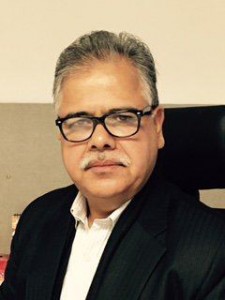 A group senior legal and compliance director of adidas India, Pulin kumar has been conferred with the Indian National Bar Association’s (INBA) General Counsel of the year 2015 – Retail Award on the occasion of INBA’s Annual International Conference-66th National Law Day.

Indian-American Dr Vijay M Rao(an All India Institute of Medical Sciences (AIIMS) graduate) was named as the chairperson of the prestigious Radiological Society of North America (RSNA) Board of Directors.

A senior IRS officer, M C Mishra has been appointed as a member in the Central Board of Direct Taxes (CBDT), the apex policy-making body of the Income Tax department.

Durg maker Aurobindo Pharma has received the approval from the US Food and Drug Administration (USFDA) to manufacture and market Dexamethasone Sodium Phosphate Injection USP, 4 mg/mL (1 mL, 5 mL and 30 mL vials) in USA. The product is expected to be launched by the last quarter of the current fiscal.

Navy day celebrated across the country

Every year 4 December is celebrated as the Navy Day in India to celebrate the magnificence, achievements and role of the naval force to the country. India celebrated 44th anniversary of the India Navy on December 4 2015.