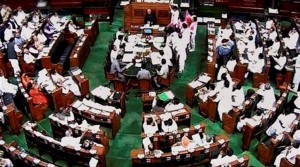 The bill on standardization was pending for over 30 years and will replace the Bureau of Indian Standards Act, 1986.

Key Points about the Bill: