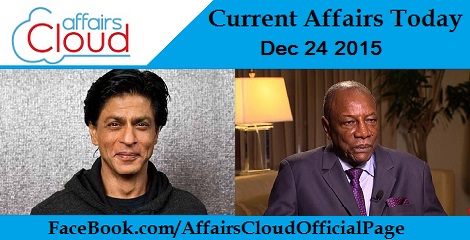 In a bid to provide close connectivity between the three states of Jammu and Kashmir, Himachal Pradesh and Punjab, Defence Minister Manohar Parrikar has dedicated the first cable-stayed bridge of north India in Kathua district on river Ravi at Basholi situated on Dunera-Basohli-Bhadharwah road in Jammu & Kashmir to the nation.

Cabinet Committee on Economic Affairs (CCEA) gave its approval for investment of Rs.5, 000 crore by Oil and Natural Gas Company Limited (ONGC) in the equity share capital of ONGC Videsh by conversion of existing loan of equivalent amount into equity.

The Bihar government has banned 15-year-old diesel vehicles from this capital’s road in a bid to control air pollution.

“Severe” means particulate matter-2.5 (or PM-2.5) is over 400 and can affect healthy people and seriously impacts those with existing diseases. “Very poor” means PM-2.5 is between 301 and 400 and can cause respiratory illness on prolonged exposure.

The Indian Navy has been conducted large scale Fleet exercise on the eastern seaboard to maintain high levels of combat readiness and counter emerging threats.

It was conducted as there have been increased sightings of Chinese submarines in the region, including a nuclear attack boat.

Union Minister of State (Independent Charge) in the Ministry of Commerce & Industry Nirmala Sitharaman has announced that the GOI has adopted the strategy of developing integrated industrial/economic corridors in partnership with State Governments for boosting industrial development.

The 5 industrial/economic corridors are as follows:

In a bid to cope with pollution the Union environment ministry has notified revised norms of emission standards for coal-based thermal power plants in the country and made it mandatory for the existing plants to meet those parameters within two years.

The Organization of the Petroleum Exporting Countries (OPEC) has released the 2015 OPEC World Oil Outlook (WOO).

China started construction of its third largest hydropower station on the upper reaches of the Yangtze River.

A 36-year-old Indian-American doctor has been named the first Poet Laureate by the U.S. State of Ohio for showcasing a variety of styles in his poetry. 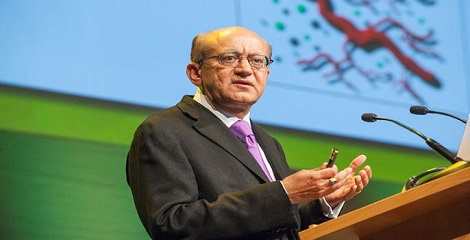 Indian American professor Dr. Rakesh K. Jain has been selected for 2015 National Medal of Science of the United States.

About National Medal of Science 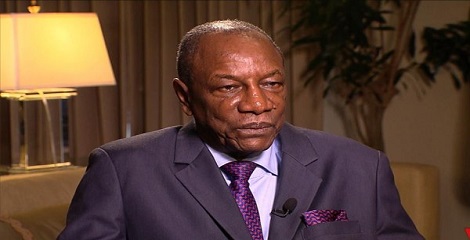 Guinea’s prime minister Mohamed Said Fofana’s stepped down in order to make way for a new administration after President Alpha Conde was sworn in for a controversial second five-year term. 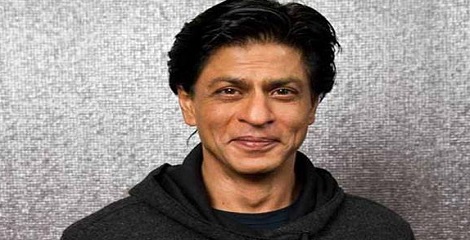 Shah Rukh Khan is expected to be the brand ambassador for Mukesh Ambani owned Reliance Jio. ET reported earlier that Reliance Jio Infocomm will launch its much-delayed but eagerly awaited 4G services on December 27, but only for group employees.

Jaguar Land Rover India announced the launch of its innovative new smartphone integration platform InControl Apps, which has been developed in conjunction with Bosch.

Crop Insurance: It would help the farmers not only to find out complete details about insurance cover available in their area

AgriMarket: It could be used by the farmers to get the prices of crops in the market (mandi) within 50 km radius of the device and other mandis in the country,.

International Tennis Federation (ITF) announced the winners of 2015 World Champions. The awards were conferred on the basis of players’ performance in the 2015 season. 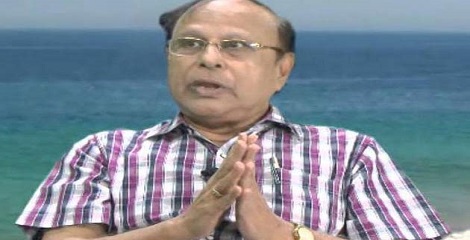 Senior Telugu actor and dialogue writer Chilukoti Kashi Viswanath passed away on 22 December 2015 following a massive cardiac stroke while travelling in Lokmanya Tilak Express from Hyderabad to Visakhapatnam. He was 69.