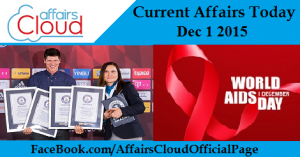 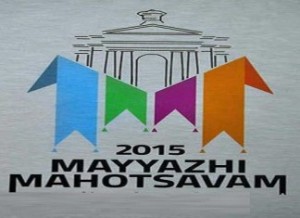 The three-day MayyazhiMahotsavam(Fete de Mahe) celebrated from 29th November to 1st December at Mahe with a variety of programmes exhibiting the rich culture and tradition of the region, situated inside Keralato attract open public participation in that way fostering the feeling of oneness.

Organised by Department of Tourism and the Legislative Assembly Secretariat at Mahe AayiMandapam, the main venue witnessed the performance of artists of national and international acclamation.Seminar on “waste is wealth” and a debate was held.

Use: For heavy haul freight operations in the dedicated freight corridors.

As per UN International Telecommunications Union’s (ITU) flagship annual Measuring the Information Society Report (MISR), India has been ranked 131 out of 167 nations on a global index.

During United Nations Climate Change Conference 2015 (COP21) in Paris World leaders of 20 countries has launched the Mission Innovation for accelerating clean energy revolution across the world. 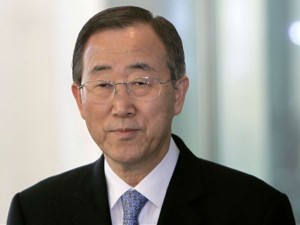 Aim: To strengthen the ability of countries to anticipate hazards, absorb shocks, and reshape development to reduce climate risks that would assist address the needs people who live in at-risk coastal areas just a few meters above existing sea levelsand those living in areas at risk of droughts and floods. 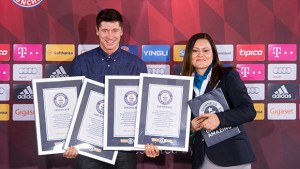 Born in Warsaw, is a professional footballer who plays as a striker for German club Bayern Munich

The Minister of Women and Child Development Smt Maneka Sanjay Gandhi gave away National Level Awards to the selected Anganwadi Workers (AWWs) for Exceptional Achievement at Vigyan Bhawan in New Delhi for the years 2011-12, 2012-13 and 2013-14.

Indian off-spinner Ravichandran Ashwin rose to the second in the ICC Test rankings for bowlers from 5th position even as AB de Villiers lost his top spot in the batsmen standings.
Others Position :

Film director Eldar Ryazanov(88) who satirized and romanticized the life of ordinary Russians in his immensely popular comedies for almost six decades has died in Russia. 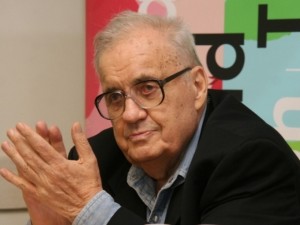 He has received the USSR State Prize in 1977.He was named as a top USSR artistry tittle in 1984. He has won the Nika Award for Best Director in 1991.

World AIDS Day is observed on 1 December every year since 1988. It raises awareness across the world and in the community about the issues surrounding HIV and AIDS.