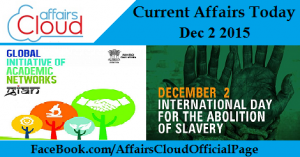 In accordance with the 4th edition of report by credit rating agency Brickwork, Maharashtra is the biggest economy within India at Rs 16.87 lakh crore in terms of gross state domestic product (GSDP). The rating agency looked at the State government’s willingness and ability to honour debt obligations. 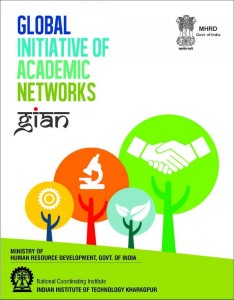 Global Initiative of Academic Networks(GIAN) scheme to boost the quality of the country’s higher education through international collaboration launched at the Indian Institute of Technology-Gandhinagar by HRD Minister SmritiIrani, and was started at IIT Kharagpur in the presence of R. Subrahmanyam(additional secretary for technical education), is inter-connected with the ‘Make in India’ campaign and the IMPRINT programme.

President PranabMukherjee given assent to the Labour Laws Bill of Gujarat, which has provisions to ban strikes in public utility services for up to one year. The Bill was sent for the President’s approval along with the Gujarat Control of Terrorism and OrganisedCrime (GCTOC) Bill, 2015 which is yet to be approved.

Objective: “To strengthen labourers and employers equally in the industrial hub of Gujarat.”

Jharkhand government declared the state as drought-hit because of scanty rainfall this season and decision was taken in a cabinet meeting chaired by Chief Minister Raghubar Das.

Three education bills passed will regulate the refund of excess fees at private institutions and also toabolish the screening processes at nursery and crumbthe no detention policy till class 8th. 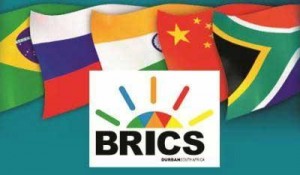 China took the initiative to create a media platform for the emerging economies by hosting the 1stmedia summit of countries Brazil-Russia-India-China-South Africa (BRICS).

To build a new institutional framework that would benefit the media of five emerging economies, which have deep linkages with the Global South.

German cabinet approved plans to pledgeup to 1,200 soldiers to back the international coalition fighting against Islamic State(IS) in Syria.

The Employees’ Provident Fund Organization (EPFO) has announced that its subscribers can now directly file the applications for their PF withdrawals without their employer’s attestation which was earlier mandatory for this purpose.

With this agreement, RBI has entered into MOUs for Supervisory Co-operation with supervisors of 33 countries to promote greater co-operation and share supervisory information.

According to a report released by Boston Consulting Group (BCG), Electric car star Tesla of United States has been listed third in the list of the 50 most innovative companies. Two years ago, Tesla had made its debut on the list at 41st place. 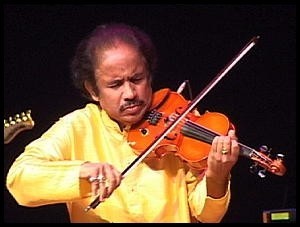 Renowned  Padma Bhushan & Sangeet Natak Akademi awardee, L Subramaniam  will be honoured with the Sangeet Samman at the ITC Sangeet Sammelan 2015 beginning on December 4 at the Victoria Memorial, Kolkatta.

The Delhi Development Authority (DDA) has been awarded with the E-India Award for adopting technology to serve the public better, and using manpower and resources efficiently through mobile applications.

The second award winning app was the‘measurement books’ which is for e-filing of measurement of engineering projects for exact estimation of parameters and project requirements.

PM Narendra Modi is listed at the eighth place in the TIME Person of the Year readers’ choice poll with a vote share of 2.7 per cent. 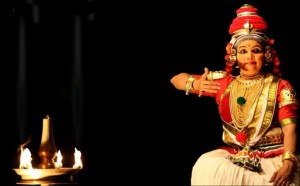 Noted Nangiarkoothu and Koodiyattam performer Margi Sathi passed away at the age of 50. She was undergoing treatment for cancer.

International Day for the Abolition of Slavery

The International Day for the Abolition of Slavery is organized every year on December 2 by the United Nations General Assembly.