Delhi Jal Board (DJB) has commissioned the first-ever hydropower plant in the national capital which will produce 20,000 kWh of electricity per year at Chilla area in East Delhi.

After 4 years, British Foreign Secretary Philip Hammond reopened the British Embassy in Tehran. Britain has had no diplomatic presence in Tehran since hard-liners protesting the imposition of international sanctions stormed it in November 2011.

Baal Shamin was built in 17AD and it was expanded under the reign of Roman emperor Hadrian in 130AD. Known as the Pearl of the Desert. Islamic State blew up the ancient temple of Baal Shamin in the Unesco-listed Syrian city of Palmyra.

Justice M L Tahaliyani sworn in as Lokayukta of Maharashtra

Justice (Retd) M L Tahaliyani who is often called a ‘green judge’ due to his passion for nature was sworn in as the new Maharashtra Lokayukta, Governor C Vidyasagar Rao administered the oath of office to Justice Tahaliyani at a brief ceremony held at the Darbar Hall of Raj Bhavan.

Union environment minister Prakash Javadekar announced that the eco-sensitive zone (ESZ) around the Okhla Bird Sanctuary in Delhi will be kept within reasonable limits after consulting members of the National Board for Wildlife (NBWL). 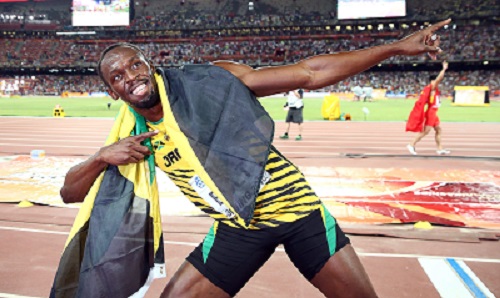 Usain Bolt crossed the line 0.01 seconds ahead of his twice-banned American rival Justin Gatlin to retain his world 100m title and wins World Championships 100m title for the third time. Lalita Shivaji Babar 26-year-old Maharashtra girl Babar, who trains under Nikolai Snesarev smashed her own national record in a creditable performance to qualify for the women’s 3000m steeplechase final in the World Athletics Championships.

Veteran journalist Pranab Kumar Borah age 63, passed away at his residence at Morikolong and his body was taken to Nagaon Press Club before cremation.

New army book named 1965, Turning the Tide: How India Won the War written by defence analyst Nitin Gokhale revealed details which prove that India was the victor in the 1965 war with Pakistan according to the quoting the statistics from the book .