We are here for you to provide the important current affairs of August 22 2017 which have unique updates of all daily events from all newspapers such as The Hindu, The Economic Times, PIB, Times of India, India Today, Indian Express, Business Standard, all Government official websites. Our complete current affairs helps you to get more marks in Banking, insurance, UPSC, SSC, CLAT, Railway and all other competitive Exams. Key Points:
i.The initiative is a follow up of Crime and Criminal Tracking Network and Systems Project (CCTNS) or the crime and criminal tracking network system.
ii.CCTNS was visualized as a database for police to check antecedents of criminals; the new system called digital policing also has citizen centric aspects.
iii.More citizen centric services like passport verification can be channeled through this. Citizen can fill in details, verification can come online.
iv.A citizen needs to log in to www.digitalpolice.gov.in to complain about an accident, incident etc.
v.The moment one logs in and complains, the nearest police station is alerted and swing into action.
vi.For tenant verification or servant verification a consent letter of the tenant or the servant has to be uploaded with other details.
vii.So far, 15000 out of 16000 police stations in the in the country have been linked to CCTNS with over 75 lakh FIRs in this database.
viii.A regular security audit by the national critical information infrastructure protection council has been ordered to prevent hacking.

Karnataka Government launches clouding seeding Project Varshadhari
Karnataka Government has launched clouding seeding Project Varshadhari in Bengaluru under which an aircraft will spray chemicals to induce rainfall.
Key Points:
i.Cloud seeding (also known as weather modification technique) is an artificial way to induce moisture in the clouds so as to cause a rainfall.
ii.It aims to condense small water particles by clouds (size less than 10 microns) to droplets of 50 microns, which can constitute rains.
iii.The cloud seeding project is an experimental project that will cover Bengaluru, Gadag and Yadgir districts of the state.
iv.By cloud seeding will help in agricultural activities.
About Cloud Seeding
In Cloud Seeding process, silver iodide, potassium iodide or dry ice (solid carbon dioxide) are spread onto the clouds causing rainfall.
These iodide particles rise into the clouds, cause moisture to freeze.
These particles act as a base for water vapours to settle on that later crystallises and falls as rain or snow.

ICMR, Health Ministry ink MoU with IVI for vaccine R&D
The Indian Council of Medical Research (ICMR) has signed a MoU with the International Vaccine Institute (IVI) for collaborating on vaccine research and development.
Key Points:
i.India will accomplish $5,00,000 (₹3.20 crore) annually for a stake in IVI. An amount approved during a Cabinet meeting in January.
ii.The MoU was signed between Soumya Swaminathan, the Director General of ICMR and Secretary, Department of Health Research, Manoj Jhalani, Additional Secretary and managing director, National Health Mission, and IVI Director General Jerome H. Kim.
iii.The vaccine was licensed in India in 2009 and WHO-prequalified in 2011.
iv.The MoU was a step towards providing affordable vaccines across the globe.
v.India is a vaccine industry powerhouse that supplies 60% of the world’s vaccines.
vi.The signing of the MoU is a continuation of partnership with India to provide safe, effective and affordable vaccines for people around the world.
About ICMR
The ICMR is India’s apex scientific body for the formulation, coordination and promotion of biomedical research.
It was established in 1911 as Indian as Indian Research Fund Association (IRFA) making it one of the oldest and largest medical research bodies in the world.
The ICMR functions under the Department of Health Research, Union Ministry of Health and Family Welfare.

Finance Minister Sh Arun Jaitley chairs the 17th meeting of FSDC
On August 22,2017 the seventeenth Meeting of the Financial Stability and Development Council (FSDC) was held in New Delhi under the Chairmanship of the Union Minister of Finance, Shri Arun Jaitley.
The below activities has been discussed during the meeting of the counci :- 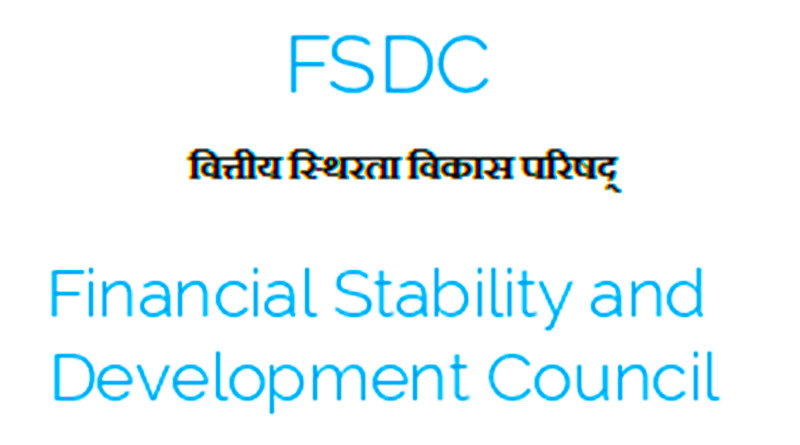 Financial Stability and Development Council (FSDC) is a high-level body constituted by the government of India. FSDC was formed to bring greater coordination among financial market regulators. To focus on attaining financial inclusion/ literacy goals and set up to sort out inter-regulatory issues, will define the role of the finance ministry…….Click here to view more details

NABARD Approves Rs 1,350-cr Loan to Rajasthan Government
The National Bank of Agriculture and Rural Development (NABARD) has sanctioned a loan assistance of Rs 1,349.55 crore to the Rajasthan government announced on 20th Aug 2017.
Key Points:
i.The loan has been approved for creation of rural infrastructure in the state under the Rural Infrastructure Development Fund (RIDF).
ii.The sanction includes assistance for construction of two rural drinking water supply projects, strengthening and rehabilitation of 1,614 rural roads and modernisation of three major irrigation projects.
iii.An amount of Rs 599.84 crore has been sanctioned for rehabilitation of 1,614 roads.
iv.It will cover all 33 districts of Rajasthan, Rs 469.54 crore for providing potable water to population of 419 villages of Jalore district and Rs 280.17 crore for rehabilitation and modernisation of 3 major irrigation projects located in Udaipur, Banswara and Dungarpur districts.
About NABARD
National Bank for Agriculture and Rural Development (NABARD) is an apex development financial institution.
HQ: Mumbai Maharashtra
Established: 12 July 1982

Two regional rural banks record over ₹150-cr profit in FY17
According to the Reserve Bank of India’s ‘Report on Trend and Progress of Banking in India’, 45 of the 56 RRBs earned profits without carrying any accumulated losses during 2015-16.
Key Notes:
i.Karnataka Vikas Grameena Bank and Andhra Pragathi Grameena Bank recorded net profit of more than ₹150 crore during 2016-17.
ii.Out of the 56 regional rural banks (RRBs) in the country two RRB’s have recorded net profit of over ₹150 crore each during 2016-17.
iii.These are among the 49 RRBs that recorded a profit in 2016-17. Seven RRBs suffered losses during the period.
iv.As for 19 RRBs, data was taken from the figures compiled by All India Regional Rural Bank Employees’ Association.
v.The three RRBs promoted by Syndicate Bank – Prathama Bank, Karnataka Vikas Grameena Bank, and Andhra Pragathi Grameena Bank have improved their net profit over 2015-16 and emerged in the top league of profit-making RRBs during 2016-17.
vi.These RRBs covered 18 districts in three States with a network of 1,563 branches.
vii.At the end-March 2017, RRBs had 21,398 branches spread across 676 districts and 28 States.
About RRB
Regional Rural Banks are local level banking organizations operating in different States of India. They have been created with a view to serve primarily the rural areas of India with basic banking and financial services.
The Regional Rural Banks were owned by the Central Government, the State Government and the Sponsor Bank
They held shares in the ratios as follows Central Government – 50%, State Government – 15% and Sponsor Banks – 35%

TRAI signs deal with Malaysian Communications & Multimedia Commission
On August 22,2017 The Telecom Regulatory Authority of India (TRAI)  has signed an agreement with the Malaysian Communications and Multimedia Commission (MCMC) to strengthen the cooperation in the fields of broadcasting and telecommunications regulation.
i.The two telecom regulators signed a letter of intent (LoI) which helps to exchange information and regulatory best practices.
ii.Trai chairman RS Sharma and MCMC chairman Halim Shafie were signatories to the agreement which will enhance cooperation and bilateral ties between the two entities….Click here to view more details

The awardees will be received their awards from the President of India at the Rashtrapati Bhawan on August 29, 2017…..Click here to view more details

OPS sworn in as Tamil Nadu Deputy CM
On August 21,2017 Senior AIADMK leader O Panneerselvam was sworn in as the deputy chief minister of Tamilnadu .
i.He has taken an oath by Governor Vidyasagar Rao at Raj Bhavan.
ii.The two factions of the AIADMK merged, six months after they split following the death of then Chief Minister J. Jayalalithaa.
iii.Paneerselvam was made the Coordinator of the merged AIADMK. Chief Minister K. Palaniswami will be the Joint Coordinator, the Chief Minister announced at a brief function at the party headquarters while announcing the merger.

ONGC board approves HPCL takeover of 51.11% stake
The Oil and Natural Gas Corp (ONGC) has given ‘in-principle’ approval to acquire government’s 51.11% stake in Hindustan Petroleum Corp Ltd.
Key Points:
i.The board constituted a committee of directors to examine various aspects of the acquisition and to provide its recommendations to the board of directors.
ii.HPCL is likely to take over Mangalore Refinery and Petrochemicals Ltd (MRPL) to bring all the refining assets of ONGC under one unit.
iii.ONGC currently owns 71.63% of MRPL while HPCL has 16.96% stake in it.
iv.HPCL will become a subsidiary of ONGC and will remain a listed company post the acquisition.
v.The government has also constituted a committee which is headed by Finance Minister Arun Jaitley.
vi.It comprising oil minister Dharmendra Pradhan and road minister Nitin Gadkari to work out the modalities of the sale.
vii.HPCL will add 23.8 million tonnes of annual oil refining capacity to ONGC’s portfolio, making it the third-largest refiner in the country after IOC and Reliance Industries.
About ONGC
Oil and Natural Gas Corporation Limited (ONGC) is an Indian multinational oil and gas company headquartered in Dehradun, Uttarakhand, India.
It is a Public Sector Undertaking (PSU) of the Government of India, under the administrative control of the Ministry of Petroleum and Natural Gas.
Founded on 14th August 1956
Chairman and MD: D.K. Sarraf 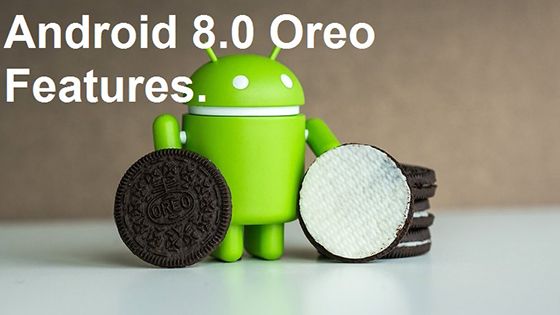 Android O is much more streamlined than Nougat with various OS optimisations. According to Google, devices boot twice as fast and all apps run faster and smoother by default.

Scientists discover new therapy to prevent sepsis in new born babies
A team of Scientists from USA has discovered an inexpensive prevention technique against Sepsis in new born babies. The team was led by US-based Indian Doctor Pinaki Panigrahi.
Key Points:
i.Sepsis is a top killer of newborns worldwide. Each year more than 600,0000 babies die of the blood infections, which can strike very quickly.
ii.In the developing world, sepsis accounts for 40% of all neonatal lives lost per year and more than 100000 women contract sepsis in the course of pregnancy and childbirth.
iii.In children and adults, sepsis occurs when the body’s attempt to fight an infection results in the immune system damaging tissues and organs.
About Sepsis:
Sepsis is a life-threatening illness primarily caused by bacterial infections that spreads fast through the blood leading to organ failure.
It is caused by an immune response triggered by an infection i.e. body’s response to infection causes injury to its own tissues and organs.
Symptoms: