PM Modi Lays the Foundation Stone of a Multi-Modal Terminal on River Ganga at Sahibganj in Jharkhand
i. Prime Minister Narendra Modi is on an official visit to Jharkhand to lays the foundation 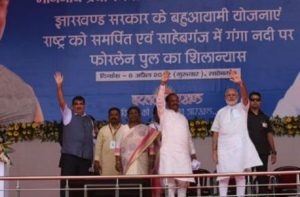 stone of a multi-modal terminal on river Ganga in Sahibganj district on April 6, 2017.In a series of tweets, PM Modi mentioned that construction of Sahibganj multi-modal terminal at Sahibganj will create business and job opportunities in Jharkhand and will particularly benefit people in rural areas.
ii. At Sahibganj, PM Modi also laid the foundation stone of one of the longest river bridges on River Ganga that will connect Sahibganj to Katihar district of Bihar. This 5.8 km long 4-lane bridge will be built by National Highways Authority of India at an estimated cost of Rs 2,266 crore.
iii. PM Modi also inaugurate the Govindpur-Jamtara-Dumka-Sahebganj Highway, during this visit.

Recent approvals by Central government – April 5 2017
i. Union Cabinet approved a proposal to set up a regulator for Indian Railways to recommend passenger and freight fares and set the performance benchmarks.
ii. Cabinet approves extension of implementation of Crime and Criminal Tracking Network and Systems Project by one year
iii. Cabinet approves MoU between India and Australia on cooperation in the field of Health and Medicine
iv. Ahead of Bangladesh Prime Minister Sheikh Hasina’s official visit to India from April 7 to 10, Indian cabinet approved various bilateral MoUs with Bangladesh.
v. Union Cabinet chaired by PM Modi approved the MoU between the Airports Authority of India (AAI) and Civil Aviation Authority (DGAC), France to implement Technical Cooperation Program in the Civil Aviation sector.
vi.  Cabinet has given its approval for signing a Collaborative Agreement with French National Research Agency (ANR), France for supporting the Belmont Forum Secretariat.
vii. Cabinet has approved closure of the Mahatma Gandhi Pravasi Suraksha Yojana (MGPSY).

Jhargram Blooms as 22nd District in West Bengal
i. West Bengal Chief Minister Mamata Banerjee on April 4, 2017 declared Jhargram as the 22nd district of Bengal and it has been bifurcated from West Midnapore.
ii. Jhargram, a part of the Jangalmahal area, maoists activities happened  between 2008 and 2011. 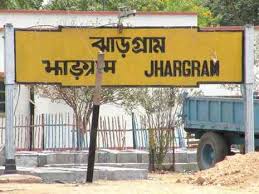 iii. Jhargram has a population of more than 11.37 lakh. It has four Assembly constituencies such as Jhargram, Gopiballavpur, Nayagram and Binpur.
iv. Arjun was appointed as Jhargram district magistrate.
v. The district has one mahakuma, eight blocks, one municipality and nine police stations.
vi. The government has decided to set up an archery academy in Jhargram to train and promote state people skills in archery.
Short overview of West Bengal
♦ Capital – Kolkata is also known as “Cultural Capital of India” which is seventh-largest city in India.
♦ Governor – Keshari Nath Tripathi
♦ Official language   – Bengali, English, Nepali (in three subdivisions of Darjeeling district)

Iceland is set to mandate equal pay for men and women
i. Iceland will be the first country in the world to presented a bill that would require public and private businesses to prove they offer equal pay to employees.
ii. Iceland ranks first on the World Economic Forum’s 2015 Global Gender Gap Index, followed by fellow Nordic nations Norway, Finland and Sweden.
iii. The bill has been passed from Iceland parliament to provide an equal pay to men and women. The legislation would apply to discrimination based on race, national origin, religion, disability, age, sexual orientation and gender identity.
iv. Thorsteinn Viglundsson, Minister of Social Affairs and Equality, of Iceland said that “The bill involves that companies and institutions of a certain size with 25 or more employees should accept the certification of their equal-pay program.
v. 50 percent of Women are law makers in Iceland Parliament.
vi. Iceland’s economy is shining by tourism and a thriving fisheries sector, with growth reaching 11 percent in the first quarter of this year, after full-year growth of 7.2 per cent in 2016.
Short view of Iceland 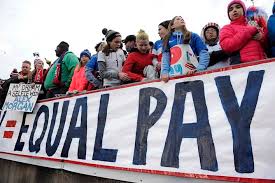 A landmark contract for Alternate Fuel was signed by Indian Railways with Bharat Heavy Electricals Limited.
i. The Indian Railways Organization for Alternate Fuel (IROAF) signed an agreement with Bharat Heavy Electricals Ltd (BHEL) for constructing the 2 Megawatt roof top solar power plant under the government’s incentive scheme.
ii. The plant is set to be made to work within next 10 months.
iii. It will be set up at Diesel-Loco Modernization Works formerly known as Diesel Component Works, Patiala.
iv. This is the first project comes under the Achievement Linked Incentive or Award Scheme of Ministry of New and Renewable Energy (MNRE) for government buildings.
Short view of IROAF & BHEL
IROAF
♦ Minister of Railways – Suresh Prabhu
♦ Headquarters -Rail Bhavan , New Delhi
♦ Formed on  – 16 April 1853
BHEL
♦ Chairman and Managing Director – Atul Sobti
♦ Founded   on  – 1964
♦ Headquarters  –  New Delhi

Hema Malini and S P Balasubramanyam win NTR National Awards
i. NTR National Film Award for the year 2012 and 2013 were announced at the Film 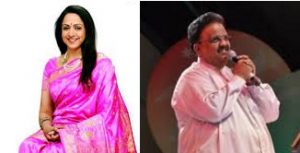 Malvika Sinha become Executive Director of RBI
i. Malvika Sinha was Principal a Chief General Manager, Department of Cooperative Banking Supervision in the Reserve Bank of India(RBI) now promoted as Executive Director (ED) of RBI.
ii. As Executive Director, Ms. Sinha will take over Foreign Exchange Department, Department of Government and Bank Accounts and Internal Debt Management Department.
iii. Malvika sinha has started her career in the year 1982 with RBI.
iv. B P Kanungo was Executive Director of the Reserve Bank before being elevated to the post of Deputy Governor.
About RBI
♦ The Reserve Bank of India (RBI) controls the monetary policy of the Indian rupee.
♦ RBI is delegated with the 21-member Central Board of Directors, 4 Deputy Governors, 2   Finance Ministry representatives, 10 government-nominated directors to represent important elements of India’s economy, and 4 directors to represent local boards headquartered at Mumbai, Kolkata, Chennai and New Delhi.
♦ Each of these local boards consists of 5 members who represent regional interests, the interests of co-operative and indigenous banks.
♦ Headquarters – Mumbai, Maharashtra
♦ Established on – 1 April 1935; 82 years ago
♦ Governor – Urjit Patel 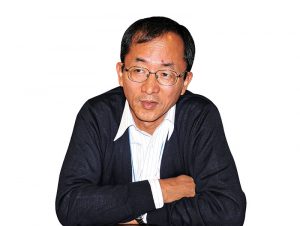 iii. Yokoyama joined ADB in 1999 and also worked for its operations in South Asia covering the water resources sector.
iv. He contributed to the expansion of relevant program in the sector in Bangladesh, India and Nepal and is considered as one of the most trusted experts in water resources management and project implementation in ADB.
Short View of Asia Development Bank (ADB)
Asian Development Bank (ADB) is a regional development bank and it’s a kind of Multilateral Development Bank.  ADB has 67 countries as of now, of which 48 are from within Asia and the Pacific and 19 outside.
♦ Motto – Fighting poverty in Asia and the Pacific
♦ Formed on – 19 December 1966
♦ Headquarters –  Mandaluyong , Metro Manila, Philippines
♦ President – Takehiko Naka

Quatrro’s Raman Roy is new CEO & Rishad Premji appointed as vice chairman of NASSCOM
i. Raman Roy, was a chairman and managing director of Quatrro, been appointed as the new Chairman of National Association of Software and Services Companies (NASSCOM) for the year 2017-18.
ii. He will take over from C P Gurnani, MD and chief executive officer of Tech Mahindra.NASSCOM considering Raman who is currently the CEO of his VC-funded BPO company Quatrro.
iii. He is planning to shape of the Business Process Management(BPM) Industry in India, China, Mauritius, Sri Lanka and the Caribbean Region through its venture Quatrro , launched to focus on innovation in the BPM industry.
iv. Along with Raman Roy , Rishad Premji, Chief Strategy Officer & Member of the Board, Wipro Limited has been elected as the  new Vice Chairman of NASSCOM for the year 2017-18.
Short view of NASSCOM
♦ The National Association of Software and Services Companies (NASSCOM) is a trade association of Indian Information Technology (IT) and Business Process Outsourcing (BPO) industry established in 1988.
♦ Headquarters – International Youth Centre, Chanakyapuri, New Delhi, India
♦ President – R Chandrasekhar
♦ Slogan – Transform Business, Transform India

Shri Hansraj Gangaram Ahir ,MoS Home affairs launches NPDRR website
i. The Union Minister of State for Home Affairs, Shri Hansraj Gangaram Ahir launched the website, http://npdrr2-mha.net.in, during the meeting of National Platform on Disaster Risk Reduction (NPDRR). This is an exclusive website to share all information related to the NPDRR.
ii. NPDRR is planning to organize the next meeting in the last week of April this year in New Delhi with the theme of  ‘Disaster Risk Reduction for Sustainable Development: Making India Resilient by 2030’.
iii. The first meeting was held on May 13 -14, 2013 in New Delhi with the theme ‘Mainstreaming DRR in Development: From Risk to Resilience’.
Short view of NPDRR
♦ The NPDRR is a multi-stakeholder National Platform headed by the Union Home Minister.
♦ It consists of representatives from Central Government, State Governments, Local Self Governments, Parliament, Specialised agencies dealing with disaster, Institutions of National Importance, Industry, Media, Civil Society Organizations and International Organizations.

New tree-living crab species found in Kerala
i. The new tree-living species named Kani maranjandu has been found by Scientists from

University of Kerala in Kerala. It was stated in the Journal of Crustacean Biology.
ii. Crab has hard upper shell, it has reproductive parts and diagnostic elongated walking legs
iii. For the first time, report showed a record of tree living crab species .While sightings of a ‘long legged’ tree crabs in Westerns Ghats was mentioned in 2014 survey of the freshwater crab fauna
iv. The Kani tribesmen of Kerala have helped to identify female and male specimen.
v. The discovery emphasising the need of conservation of large trees in the Western Ghats

India rises to 101 in FIFA rankings, best-ever in two decades
i. After two decades, the Indian football team has risen to 101st from 132nd in the latest FIFA rankings which was released on April 6, 2017. Brazil retained its top position.
ii. Indian team also ranked 11th in Asia and the list is topped by Iran which has placed 28th position in overall ranking.
iii. It was achieved after the team has had 11 victories in 13 matches
Top 5 countries : 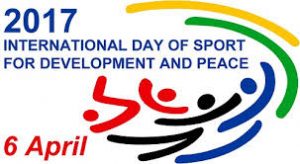 Athens in 1896.
ii. Objective: To recognises the power of sport in promoting peace and its ability to inspire
iii. Since then the day has been observed every year across the world by international organizations, regional and national sports organizations.
iv. On the occasion of the International Day of Sports for Development and Peace, FIBA’s Foundation launched a campaign to raise awareness about the role of sport in social development and peace building