Dear Readers, We cover some important news in Current Affairs April 29 2017, which are not covered in Daily Detailed News, More Current Affairs coverage will help you to Score Good Marks in Competitive Exams. Government launches new Test and Treat policy for HIV
Union Health Minister JP Nadda has launched the Test and Treat policy for Human Immunodeficiency Virus (HIV) patients.
Key Points:
i. Under this policy anyone who is tested and found positive will get the treatment free of cost.
ii. All men, women, adolescents and children who have been diagnosed positively can benefit under this new policy.
iii. A person who has CD4 cell count below 200 is considered under this disease. 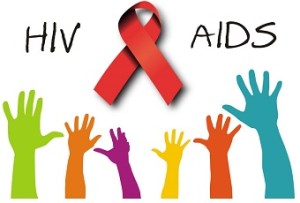 iv. HIV destroys the CD4 T cells in the human body and weakens the immunity levels.
v. Anyone found positive will be provided with ART (Anti- Retroviral Therapy) irrespective of his CD count.
vi. The government will set to launch a National Strategic Plan for HIV for the next seven years, which will be benefitted for ending AIDS.
vii. In India, around 21 lakh people are estimated to have HIV.Out of them, only about 14 lakh people have been identified yet.
viii. To identify the remaining cases, the government has revised national HIV testing guidelines.
* AIDS Acquired Immune Deficiency Syndrome (AIDS) is caused by Human Immunodeficiency Virus (HIV).

India’s first book village to come up in Maharashtra’s Bhilar
Bhilar village in Maharastra will become India’s first ‘book village’. It will be started from 4th May, 2017
Key Notes:
i. Under this book village tourists and locals can come and read books, magazines, newspapers stacked at 25 premises.
ii. All these books are going to be available free of cost to the readers.
iii. Bhilar already attracts a large number of tourists, who come to taste the locally produced strawberries. 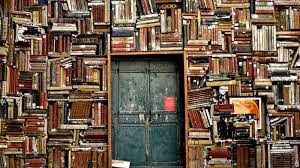 iv. The state has provided several facilities such as chairs, tables, decorated umbrellas and glass cupboards to local villagers to help them enhance the reading experience who visit there.
v. Bhilar, which has a population of about 10,000, and nearby areas produce around 100 tons of strawberry every year, earning them Rs 50 crore.
vi. 90% of the village’s population is involved in strawberry farming.

US places India yet again on IPR ‘priority watch’ list
On April 28, 2017, office of United States Trade Representative (USTR) released 2017 edition of ‘Special 301 Report’.
i. In this report, India has once again been placed in the ‘Priority Watch List’ for not providing adequate protection to Intellectual property Rights (IPR).
ii. Besides India, other countries that have been placed in this year’s ‘Priority Watch List’ are: China, Indonesia, Thailand, Algeria, Russia, Ukraine, Kuwait, Argentina, Chile and Venezuela.

from 24-28 April, 2017. During these visits, he held talks with leaders of the two countries and attended several events. This was his first visit to Armenia and Poland.
i. India signed three agreements with Armenia in the field of cultural co-operation, youth affairs and peaceful use of outer space.
ii. India and Poland signed an agreement on the exchange of information and technology in the agriculture sector.

GST to push Indian growth to over 8%:  IMF
International Monetary Fund has mentioned the Goods and Services Tax(GST) to be implemented from July 1, 2017
Key Points:
i. GST would help raise India’s medium-term growth to above 8%.
ii. Indian Government has made significant progress on economic reforms.It will support strong and sustainable growth.
iii. India’s is the fastest growing emerging market economy and IMF’s believes that India is going to continue to grow at fast pace with a projected 6.8% rate for 2016-2017, 7.2% 2017-2018.
iv. It will enhance production and the movement of goods and services across Indian states.

Panchayat Ward in Kottayam becomes India’s first digitalised ward
This small Panchayat ward in Kerala has become the first one to go digital in the country.
Key Points:
i. It fulfills Prime Minister Narendra Modi’s dream of transforming India into a digitally

empowered society.
ii. The website also contains information about blood donors’ forum and telephone directory of the people of the ward.
iii. Gurjar hailed ward member Devaki teacher for taking the challenge of collecting details of 423 families and 1,262 members in the ward.

Signing of Tripartite MOU for broadband services to Post Offices
A tripartite Memorandum of Understanding has been signed between BBNL, Department of Posts and BSNL. It provides broadband connectivity of BharatNet to Post Offices in rural areas.
Key Notes:
i. BBNL would facilitate and coordinate the entire project.It would provide broadband services.
ii. BharatNet is the centre’s rural internet connectivity Programme which is implemented by Bharat Broadband Network Limited (BBNL).
iii. It is world’s largest rural broadband connectivity programme using Optical fibre.
iv. Bharat Net seeks to connect all of India’s households, particularly the rural areas, through demand, affordable broadband connectivity of 2 Mbps to 20 Mbps.
v. The project is being funded by Universal service Obligation Fund (USOF).
vi. The three-phase implementation under the BharatNet project is: Under the first phase, one lakh gram panchayats would be provided connectivity by laying underground optic fibre cable (OFC) lines by March 2017.
vii. Under the second phase, connectivity will be provided to all 2, 50,500 gram panchayats in the country. It is to be completed by December 2018.
viii. Under the third phase from 2018 to 2023, state-of-the-art future-proof network including fiber between districts and blocks would be created.

Two Indian-American, Ritu Raju and Sundeep R Muppidi selected for ACE fellowship
Two Indian-Americans are selected by American Council on Education for its prestigious fellowship. It is the longest-running leadership development programme in the US.
i. Ritu Raju and Sundeep R Muppidi were named Fellows as part of the ACE Fellows Programme 2017-18 classes.
ii. The ACE Fellows Programme has strengthened institutions in American higher education.It was started from 1965.

Hero MotoCorp named ‘Indian MNC of the Year’
World’s largest two-wheeler manufacturer Hero MotoCorp was get the ‘Indian MNC of the year‘. It was given by All India Management Association.
Key Facts:
i. In a very short span of timeBrand Hero has expanded to 35 countries spread across Asia, Africa and Central and South America.
ii. Hero’s manufacturing plant is situated in Vila Ricca, Colombia.
iii. Hero MotoCorp sold more than 6.6 million two-wheelers in FY17.

President of India presents CII Awards
The President of India, Shri Pranab Mukherjee presented CII President’s Award for Lifetime Achievement to Mr. Rahul Bajaj and CII foundation Woman modal Award in New Delhi.
Key Notes:
i. The President congratulated all the awardees – Mr. Rahul Bajaj, Chairman, Bajaj Auto Ltd. for receiving this year’s CII President’s Award for Lifetime Achievement and those conferred with Woman modal Awards.
ii. Cash reward of Rs 3, 00,000 each given to the winner.
iii. The awardee shortlisted from over 170 nominations received from grassroot NGOs across the country.
iv. The award, now in its 13th year, was supported by Synergy Group (in Health category) and Microsoft (in Micro-Enterprise category).
v. 38 Women have been recognized and supported. 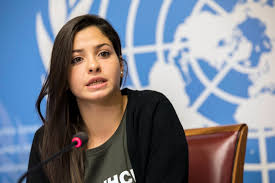 UNHCR, the UN Refugee Agency, announced the appointment of Syrian refugee and Olympic athlete Yusra Mardini as a Goodwill Ambassador.
Key Points:
i. Yusra Mardini has worked closely with UNHCR, highlighting with her own inspiring performances.
ii. Yusra studies full time in Germany.She is also selected for the Rio 2016 Olympic Games.

PM Modi released 23 volumes of Vachana of Basavanna & other saints on social reformer’s birth anniversary
On April 29, 2017, Prime Minister Narendra Modi, unveiled translated volumes of Vachana, penned by 12th century social reformer Basavanna and other saints in 23 Indian languages to commemorate the 883rd birth anniversary of Basavanna.
i. This event coincides with golden jubilee of Basava Samithi, which has been actively propagating Basava philosophy and the teachings of other saints of 12th Century across the world. Basava Samithi was set up by former Vice-President of India, Dr. B.D. Jatti in year 1964.
ii. The translation of 23 Vachana volumes, edited by esteemed literary scholar late M M Kalburgi was commissioned by the Bengaluru based Basava Samithi. 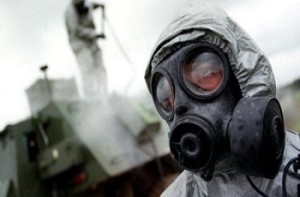 iii. It also passes the message of the Prohibition of Chemical Weapons (OPCW) to the elimination of the threat of chemical weapons.
Background
♦ The OPCW Member States represent about 98 per cent of the global population and landmass, as well as 98% of the worldwide chemical industry.
♦  Chemical Weapons Convention entered into force in 1997.
♦  The United Nations’ Conference of the States Parties at its Tenth Session on 11 November 2005 decided that a memorial Day of Remembrance for all Victims of Chemical Warfare would be observed on 29 April.