We are here for you to provide the important Recent and Latest Current Affairs September 22 2019, which have unique updates of Latest Current Affairs 2019 from all newspapers such as The Hindu, The Economic Times, PIB, Times of India, PTI, Indian Express, Business Standard and all Government official websites.

Overview of EAM Dr S Jaishankar’s visit to Finland
The External Affairs Minister (EAM) of India, Dr S Jaishankar made an official visit to Finland from 19-21 September, 2019. It was his first visit to Finland, after assuming charge as EAM.
i. He unveiled the statue of Mahatma Gandhi in Helsinki, sculpted by Gautam Pal. It was gifted by the Indian Council for Cultural Relations (ICCR), Government of India to the Government of Finland to commemorate the 150th birth anniversary of Gandhiji………………………Click here to Read more 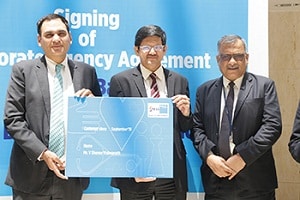 Key points:
i. Services: Max Bupa’s comprehensive health insurance solutions and services will be available in Indian bank’s over 40 million customer base spread across its 2800 branch network.
ii. Portfolio: The product portfolio comprises Max Bupa’s both retail & group health insurance products besides Indemnity and Fixed Benefit products.
iii. Infinity: Max Bupa will equip proprietary digital platform, “ Infinity” that integrates with the bank’s systems, in which customers can purchase the health insurance product of their choice quickly and avail their policy documents at the Indian bank branch itself.
iv. InstaInsure: In addition, Max Bupa will design digital seller application called “InstaInsure” that enable Indian bank to sell Max Bupa products through handheld devices in safe , secure and simplified manner.  The relationship managers of the bank can use the app to outright the sale exercise, including the collection of payment electronically from customers.
v. Penetration:  In South India, Indian Bank has a strong presence. Through this partnership, Max Bupa will deepen the penetration of its wide range of product offers and enable more customers to access their risk solutions anytime, anywhere.
About Indian Bank:
♦ Founded:  15 August 1907
♦ Headquarters : Chennai, Tamil Nadu
♦ MD & CEO: Ms. Padmaja Chunduru
♦ Tagline: Your Tech-friendly bank
About Max Bupa:
♦ Founded: 2008
♦ MD & CEO: Ashish Mehrotra

Key Points:
i. Australia, Denmark, Poland, Romania, Singapore, and Sweden received a 4+ rating.
ii. India witnessed a 10-fold increase in value and 8-fold increase in transaction volumes through IMPS in 2018.
iii .25 crore people in India still do not have phones and there are less than 40 lakh POS (Point of Sales) devices.
iv. Real-time payments systems have increased 35% globally in 2018 and nearly four-fold since 2014.
v. Unified Payment Interface (UPI) and QR (Quick Response) codes are the digital payment alternatives in India.
About IMPS:
It is an instant payment inter-bank electronic funds transfer system in India founded on 22 November 2010. It is managed by the National Payments Corporation of India (NPCI) 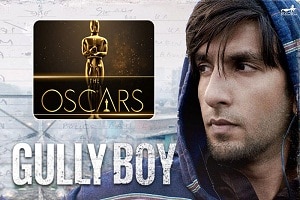 Key points:
i. The story of the film was inspired by the life of rap artists, Naezy and Divine, who have come out of the narrow streets of Dharavi to realize their dream of becoming rappers. In February 2019, the film had earned Rs 134 crore in domestic box office collections upon release.
ii. The names of the films like Uri-The Surgical Strike, Kesari, Badhaai Ho, Article 15 and Andhadhun were being considered by India to be sent at the Oscars Awards. But now ‘Gully Boy’ has been finalized.
iii. Gully Boy received the Best Film Award at the 10th edition of Indian Film Festival of Melbourne (IFFM) 2019 at iconic Palais Theatre in Melbourne, Australia.
The 92nd Academy Awards ceremony:
It will be presented by the Academy of Motion Picture Arts and Sciences (AMPAS), will honor the best films of 2019 and will take place at the Dolby Theatre in Hollywood, Los Angeles, California, US on February 9, 2020. During the ceremony, AMPAS will present Academy Awards (commonly referred to as Oscars) in 24 categories.

Ladakhi Shondol dance ,the royal dance of Ladakh creates history by entering  into the Guinness book of world records
Shondol dance, which is best known as the royal dance used to be performed by artists for King of Ladakh, has created history by entering into the Guinness Book of World Records as the largest Ladakhi dance.
Key points:
i. On the occasion of 4 days long (September 16- 20, 2019) annual Naropa Festival 2019 themed ‘Environmental sustainability of Ladakh and the Himalayan region’, as many as 408 women attired in traditional dresses and beautiful headgears performed the dance, which broke the previous record of 299 artists dance of Shondol in the 2018 festival.
ii. The event was held on the concluding day of the ongoing Buddhist carnival Naropa festival near the Hemis Monastery in Ladakh & was organized by the Live to Love India, Drukpa Charitable Trust and Young Drukpa Association.
iii. The festival focuses on end use of plastics  & also sensitise the leaders of religious community on plastic waste management and recycling process.
iv. Naropa Festival : Celebrated every 12th year of the Tibetan calendar, the Naropa festival, also known as the ‘Kumbh Mela of the Himalayas’ to celebrate the life of Buddhist philosopher and scholar Naropa. people from across the Himalayas celebrate the life of Naropa in their traditional ways with singing and cultural events.

Zimbabwe’s batsman Hamilton Masakadza becomes the highest scorer in career’s last T20I match by scoring 71 runs
Zimbabwe’s batsman Hamilton Masakadza created a record by becoming the highest individual scorer in the career’s last Twenty-20 Internationals (T20I) game by scoring 71 runs (42 balls) against Afghanistan during 2019 Bangladesh Tri-Nation Series match held in Zahur Ahmed Chowdhury (ZAC) Stadium, Chittagong, in south-eastern Bangladesh. It was his last match in international cricket.
Key Points:
i. He is the 15th highest T20I run-scorer and the highest run-scorer for Zimbabwe (1,662 runs from 66 innings).
ii. He has played 38 Tests and 209 One Day Internationals (ODIs) for Zimbabwe scoring 2,223 runs and 5,658 runs respectively.
iii. His score of 93 is the second-highest score for Zimbabwe in T20I cricket. 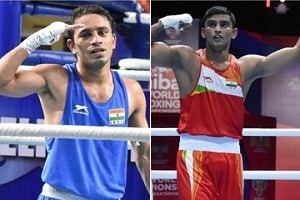 World Rhino Day 2019 observed on September 22
World Rhino Day was observed on September 22, 2019. It is an international ecological observance to raise awareness on the protection of 5 existing species of rhinoceros- white rhino, black rhino, Indian rhino, Javan rhino, and Sumatran rhino.
Key Points:
i. It was first observed in 2010 by WWF (World Wide Fund for Nature) South Africa.
ii. Indian cricketer & brand ambassador for rhino protection in WWF India, Rohit Sharma had launched “Rohit4Rhinos campaign” in partnership with WWF India and Animal Planet (wildlife channel) to spread awareness about the need for conservation of one-horned rhinos. 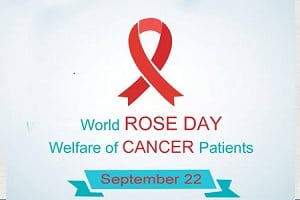 Key points:
i. The day is observed in the memory of 12-year-old Melinda Rose from Canada, who when diagnosed with a rare form of blood cancer called, Askin’s Tumour and did not give up hope.
ii. On this day, hand-made roses (a symbol of love, tenderness and concern), cards and gifts were provided to cancer patients. Special events were also organised to give strength to those suffering from cancer.
iii. Cancer : It is a group of diseases involving abnormal cell growth with the potential to invade or spread to other parts of the body. 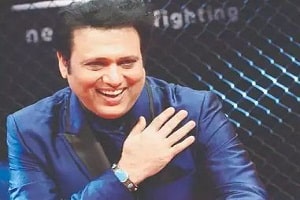 Senior TDP leader, Naramalli Shivprasad passed away in Chennai, Tamil Nadu
Senior Telugu Desam Party (TDP) leader and former Chittoor Member of Parliament (MP), Naramalli Sivaprasad has passed away in Chennai, Tamil Nadu after suffering from kidney ailments. He was 68.
i. Born on 11 July 1951, Chittoor, Andhra Pradesh (AP) , he won the 2009 and 2014  Lok Sabha elections from Chittoor Lok Sabha constituency. He also made a lot of efforts to demand special status for Andhra Pradesh.
ii. A doctor by profession, he has acted in movies like Pilla Zamindar, Thakita Thakita. He also worked as a minister in former  AP Chief Minister(CM), Chandrababu Naidu’s cabinet.