We are here for you to provide the important Recent and Latest Current Affairs October 15 2019, which have unique updates of Latest Current Affairs 2019 from all newspapers such as The Hindu, The Economic Times, PIB, Times of India, PTI, Indian Express, Business Standard and all Government official websites.

Mumbai ranks 12th, Delhi 22nd in the New World Wealth’s wealthiest city worldwide 2019 list, New York City tops the list
On October 10, 2019, Wealth intelligence firm New World Wealth (NWW) released its report on the wealthiest city worldwide 2019. Among Indian cities, Mumbai was the only city to be placed in the top 20 list at 12th rank followed by Delhi at 22nd rank, Bangalore at 26th Rank, and Hyderabad at 28th rank. The list was topped by America’s New York City (NYC).

Key points
i. Wealth report: The total wealth of NYC stands at 3 trillion USD(United States Dollar) with 65 billionaires and 3,80,000 millionaires in the city.NYC is also home to two largest stock exchanges in the world. Mumbai’s total wealth is 0.96 trillion USD and is also the 10th largest stock exchange in the world.
ii. Cities to watch category: Delhi, Bengaluru, Hyderabad have been placed under ‘Cities to watch’ category and are expected to grow strongly over the next 10 years.
Ranks:

Reserve Bank to operationalise unified DoS/DoR, effective from November 1, 2019
In order to strengthen its oversight of commercial banks, urban co-operative banks (UCBs) and non-banking financial companies (NBFCs), the country’s central bank, Reserve Bank of India (RBI) has decided to operationalise unified Department of Supervision (DoS) & Department of Regulation (DoR) with effect from November 1, 2019.
Key points:
i. Issues: The decision comes after various scams and defaults affecting the financial system in the last couple of years, including the Rs. 12,600-crore fraudulent letter of undertaking (LoU)scam at Punjab National Bank(PNB) and debt default by IL&FS (Infrastructure Leasing & Financial Services Limited) and its subsidiaries.
ii. Formation: DoS will be formed by integrating all supervisory departments (department of banking supervision, department of co-operative banking supervision, and department of non-banking supervision into one department) & DoR is being established by merging all regulatory departments (department of banking regulation, department of co-operative banking regulation, and department of non-banking regulation into one department).
iii. Functions: The core function of Supervisory would be on effective discovery of systemic risks, understanding linkages, and better off-site monitoring through new-age technology. while regulatory looks after the functions including licensing, branch expansion and maintenance of statutory reserves and management and methods of operations.
iv. Allocation of staff: staff of the current supervisory and regulatory departments will form the sanctioned strength of the new departments. The new staff of DoS and DoR departments will continue in their existing capacity on an ‘as-is-where-is’ basis.
About RBI:
♦ Formation: 1 April 1935
♦ Headquarters: Mumbai, Maharashtra
♦ Governor: Shaktikanta Das

Air India becomes world’s first airline to bring taxibot technology on A320 aircraft
On October 15, 2019, Air India has become the first airline in the world to use taxibot on an A320 aircraft with passengers onboard at Indira Gandhi International Airport ,New Delhi. The taxibot is a pilot-controlled semi-robotic aircraft tractor, bringing the aircraft from the parking bay to the runway and vice versa. 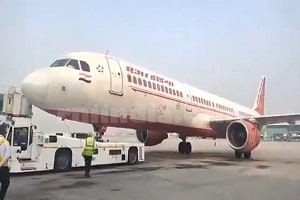 Key points:
i.The engine of the aircraft remains shut while using the taxibot, which saves fuel & also reduces carbon emissions. The engine is switched on only when the aircraft reaches the runway. Taxibots will only be used for departing flights. Its use will reduce fuel consumption by 85% compared to bringing the aircraft engine on.
ii. Air India CMD (Chairman and Managing Director) started the use of a taxibot for commercial flight with the departure of AI665 flight, which was carried to runway using Taxibot at terminal 3 of the Delhi airport – to Mumbai.
About Air India:
♦ Headquarters: New Delhi
♦ Slogan :Air India, Truly Indian
♦ CMD: Ashwani Lohani

Margaret Atwood and Bernardine Evaristo jointly receive 2019 Booker Prize
On October 14, 2019, Canada’s Margaret Atwood (79) for her novel ‘The Testament’ and Britain’s Bernardine Everisto (60) for ‘Girl, Woman, Other’, have been jointly chosen as the winner of 2019 Booker Prize. Bernardine is the 1st black woman to receive this award in the 50-year history of the Booker Prize. At the same time, 79-year-old Atwood is the oldest winner of this award. Both the authors to split the GBP pound (sterling) 50,000 at a gala ceremony at the Guildhall in London, England. 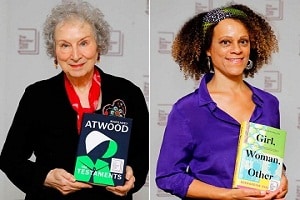 Key points:
i. According to Booker Prize rules, the award cannot be shared, but the 5-member judges headed by Peter Florence, broke the rules & announced the names of the joint winners. The last joint winners were announced in 1992.
ii. British Indian novelist Salman Rushdie’s tragicomic ‘Quichotte’ was among the six books shortlisted (including ‘Ducks, Newburyport’, ‘An Orchestra of Minorities’, and ’10 Minutes 38 Seconds in this Strange World’) for the prize.
iii. 2018 winner was Northern Irish writer Anna Burns for Milkman.
Booker Prize for Fiction:
Formerly known as Man Booker Prize (2002–2019),it is a literary prize awarded each year for the best original novel written in the English language and published in the United Kingdom (UK) or Ireland.

Kerala’s nun Mariam thresia receives the title of ‘Saint’, 93 years after her death
On October 13, 2019, Indian nun Mariam Thresia Mankidiyan of Kerala and four others (English Cardinal John Henry Newman, Swiss laywoman Marguerite Bays, Brazilian Sister Dulce Lopes and Italian Sister Giuseppina Vannini ) declared Saints by Pope Francis (head of the Catholic Church) at a grand ceremony at the Vatican City, a city-state surrounded by Rome, Italy. The title was conferred on Thresia 93 years after her death.
Key points:
i. The methodical process of becoming a saint takes place in four distinct stages- the servant of God, the venerable, the blessed and the saint.
ii. Born in Thrissur, Kerala on 26 April 1876, Sister Thresia died on 8 June 1926 at the age of 50. She was declared ‘Blessed’ by Pope St. John Paul II on 9 April 2000. Thresia has tirelessly strived for the education and empowerment of girls in Kerala.
iii. She founded the ‘Congregation of the Sisters of the Holy Family’ in Thrissur in May 1914. Prime Minister Narendra Modi had mentioned Sister Maryam Thrasia in his ‘Mann Ki Baat’ program on 29 September, 2019 as it is a matter of pride that she will be given the title of ‘Saint.

4 heritage landmarks of India won UNESCO Asia-Pacific Awards for Cultural Heritage Conservation 2019 held in Penang,  Malaysia
On October 14, 2019, Four heritage landmarks from India were chosen for the UNESCO (United Nations Educational, Scientific and Cultural Organization) Asia-Pacific Awards for Cultural Heritage Conservation 2019. The awards were announced at a ceremony held in Penang, Malaysia. Renewal of Tai Kwun – Centre for Heritage and Arts in Hong Kong received the Award of Excellence, which is the highest award among all categories. The 4 sites are as follows: 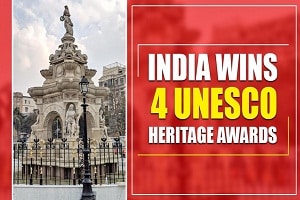 Key points:
i. 1 site from Ahmedabad and 3 from Mumbai inclusive of its 155-year-old Flora Fountain in the honourable mention were chosen for the award.
ii. Mumbai based architect Vikas Dilawari was the main consultant for the Flora Fountain restoration project after which it was opened to the public in 2019.
iii. 16 projects from five countries namely Australia, Bhutan, China, India, and New Zealand were selected by the international Jury of conservation experts for the award. 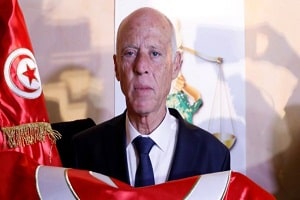 Key points
i. Kais Saied, the former law professor secured 73% votes in the election.
About Tunisia:
♦ It is a North African country bordering the Mediterranean Sea and the Sahara Desert
♦ Capital- Tunis.
♦ Currency- Tunisian dinar.

Typhoon Hagibis strikes northern Japan
The Typhoon Hagibis, the worst typhoon to hit Japan, since Ida in 1958, left many died and missing further cancellation of three Rugby World cup matches. The Indian Navy has deployed INS (Indian Naval Ship) Sahyadri and INS Kiltan to render assistance to Japan.
i. The typhoon battered eight prefectures across Japan with wind speeds upto 225 km/hr. It is also termed as “nineteenth” and was the ninth typhoon of the 2019 Pacific typhoon season. It developed from a tropical wave from Marshall Islands. 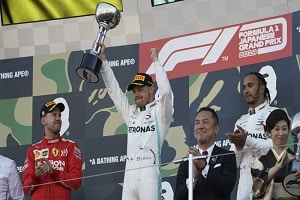 Key points
i. This year, 2019, marks the 88th birth anniversary of Shri Avul Pakir Jainulabdeen Abdul Kalam, who was also known as the “Missile Man of India” for his work Pokhran-II nuclear tests in 1998, development of ballistic missile and launch vehicle technology.
About Abdul Kalam:
♦ Born: 15 October 1931, Rameshwaram, TamilNadu.
♦ Full name: AvulPakirJainulabdeen Abdul Kalam.
♦ He also served as a scientist in Defence Research and Development Organisation(DRDO) and Indian Space Research Organisation(ISRO).
♦ He passed away at the age of 83 on 27 July 2015, due to cardiac arrest while delivering a lecture at the Indian Institute of Management (IIM) Shillong.

International Day of Rural Women observed on October 15, 2019
The International Day of Rural Women by the United Nations(UN) is observed annually on October 15 established by the UN General Assembly under the resolution (A/RES/62/136) adopted on 18 December 2007. It was first observed on 15 October 2008. The theme for the year 2019 is “Rural Women and girls building climate resilience”. This day recognizes the critical role of rural women in enhancing agriculture and rural development, improving food security and eradicating rural poverty. 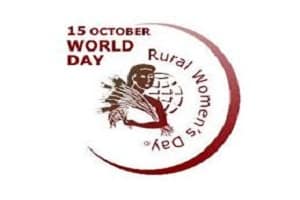 Key points
i. On this day, the UN Women, along with the UN community, drew attention to implement commitments to gender equality by climate change, actions to support the capacities of rural women and girls in response to climate change through agricultural production, natural resources management etc.
ii. According to a report by UN, 1/3rd of employed women work in agriculture globally. These women collect biomass fuels, manually process foodstuffs, and pump water. 80% of households without piped water rely on women and girls for water collection.

Bride gets Rs 51,000 as per a Madhya Pradesh govt’s scheme ”Mukhya Mantri Kanya Vivah / Nikah Yojna”
On October 11, 2019, Under the Madhya Pradesh government’s scheme ‘Mukhya Mantri Kanya Vivah/Nikah Yojna’, brides from economically backward sections of the state are eligible to receive Rs 51,000 if they prove that the groom’s house has a toilet before the wedding. The government has made it compulsory for the groom to click a selfie while standing in the toilet in the groom’s residence in order to be eligible for the scheme.
i. This is done to ensure that every household has access to toilet facility. 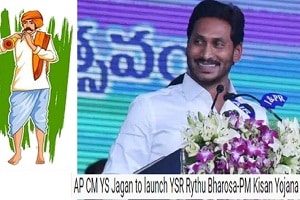 Key Points:
i. The amount was increased to Rs 13,500 from Rs 12,500 and the state budget allocation for the scheme is Rs 5,500 crore.
ii. Scheduled Caste (SC), Scheduled Tribe (ST), Backward Classes (BC) and minority families, tenant farmers will get a total investment of Rs 67,500 for 5 years.
iii. Recently, it also launched ‘YSR Vahan Mitra’ scheme in which auto-rickshaw and cab owners will get Rs 10,000 per annum as financial assistance and YSR Kanti Velugu Scheme 2019 related to eye checkup. 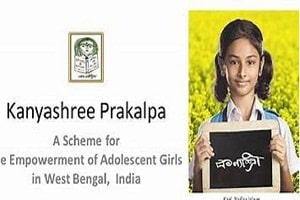 Key points:
i. Kanyashree Prakalpa scheme: This scheme was launched by West Bengal on March 8, 2013. Since its introduction, the government has allocated a budget of Rs 7,000 crore for it so far. It aims to improve the level of girls of disadvantaged families of the society by conditional transfer of funds. It also ensures the schooling of girls and to stop their marriage before the age of 18 years. In this scheme, funds are transferred in two ways as follows,