Indian Railway Institute of Financial Management (IRIFM) inaugurated in Hyderabad
On November 25, 2019 The Indian Railway Institute of Financial Management (IRIFM) by the Indian Railways (IR) has been set up in Hyderabad, Telangana. The institute will provide professional training in railway finances management. It was inaugurated by Vinod Kumar Yadav, Chairman of the Railway Board. IRIFM has been constructed by Rail Vikas Nigam Ltd (RVNL) at a cost of Rs.85 crores.
Key Points:
i.IRIFM is a green building that can generate 90% of its own power needs with solar installations on the campus besides a water-recycling plant. It is based on a 14-acre campus at Moula-Ali, Secunderabad, Telangana.
About Rail Vikas Nigam Ltd(RVNL):
Fact- RVNL is a mini-ratna Central Public Sector Enterprise(CPSE) under the Ministry of Railways.
Founded- 2003.
Headquarters- New Delhi.
Chairman and Managing Director(MD)- Pradeep Gaur. On November 22, 2019 an agreement was signed between India and Uzbekistan on Security Cooperation. The agreement was signed in New Delhi between Minister of Home Affairs(MoHA) of India Shri Amit Shah and the Ministry of Internal Affairs of Uzbekistan Mr. Pulat Bobojonov, during his(Pulat) bilateral visit to India from November 20-23,2019.
Key points:
i.The agreement will strengthen cooperation between both the nations in various fields such as counter-terrorism, organized crime and human trafficking.
ii.Minister of State(MoS) for Home Affairs, Shri Nityanand Rai, along with other senior officers from the Ministry were present during the agreement signing event.
About Uzbekistan:
Capital- Tashkent
Currency- Uzbekistani soʻm.
President- Shavkat Mirziyoyev.
Prime Minister- Abdulla Nigmatovich Aripov. Centre extended ban on Assam based National Democratic Front of Bodoland (NDBF) for 5 years
On November 24, 2019, the centre has extended the ban of Assam based National Democratic Front of Bodoland (NDFB) for another 5 years. The announcement in this regard was made in a notification by the Ministry of Home Affairs. The ban was made due to NDFB’s series of violent acts like killings, extortion, joining with anti-Indian forces etc.
Act: The ministry extended the ban on NDBF under the provisions of sub-section (1) of section 3 of the Unlawful Activities (Prevention) Act, 1967.
Key Points:
i.NDFB formation: The NDFB was formed in 1986, to obtain a sovereign Bodoland for the Bodo community people of Assam. Bodos are the largest tribal community in Assam, making 5-6% of the state’s population. The NDBF group has been attacking civilians of non bodo community with the aim of creating Bodoland Territorial Area Districts (BTAD), the official name of Bodoland.
About Assam:
Capital- Dispur.
Chief Minister(CM)- Sarbananda Sonowal.
Governor- Jagdish Mukhi.

PSBs recovers Rs 1,996.46 crore from account holders in FY -19 for not maintaining minimum balance
On November 25, 2019, Minister of state (MoS) for finance Anurag Singh Thakur informed that Public sector banks (PSBs) received Rs 1,996.46 crore as penalty for not keeping minimum monthly balance in the account in 2018-19.
Key Points:
i.Previous years:  In the financial year 2017-18 (or 2017), 18 state-owned banks received Rs 3,368.42 crore as minimum balance penalty. At the same time, in the financial year 2016-17 (or 2016) , the public banks recovered Rs 790.22 crore from the account holders.
ii.Reason: One of the reasons for the decline in the minimum deposit amount penalty by PSBs is the penalty reduced by SBI(State Bank of India)from October 1, 2017 for non-maintenance of minimum deposit in savings account.
iii.BSBD A/C: Banks do not charge any penalty for not having a minimum monthly balance in Basic Savings Bank Accounts (BSBD). These include open accounts under the Pradhan Mantri Jan Dhan Yojana (PMJDY).
iv.According to RBI, as of March 2019, there were 57.3 crore BSBD accounts in the country, of which 35.27 crore were Jan Dhan accounts.
About BSBD accounts:
The BSBD account means an account that does not require customers to maintain a minimum or average monthly balance.
Restrictions:    If a customer already has a savings account in that bank, he must have to close that savings account within 30 days from the opening of BSBD account.
Only four cash withdrawal is permitted either from bank branch or from ATMs (Automated Teller Machines) or together in a month.

U GRO Capital signed loan co-origination partnership with SBI
On November 25, 2019 capital market company NewQuest’s U GRO Capital has entered into a Loan co-origination partnership with the State Bank of India(SBI) in order to provide widened credit outreach and faster disbursal.
Through U GRO Capital’s platform “GRO-Xstream”, in-principle loan approval will be done within 60 minutes. The partnership was signed by Mr. Jayanta Deb Majumdar, General Manager(GM) of SBI and Mr. Shachindra Nath, Executive Chairman of U GRO Capital.
Key Points:
i.Co origination: co-origination means selling of loan of a bank/any entity through other banks/entity. In short co-origination is a form of loan participation where two or more lenders lend money to a borrower.
About U GRO capital
Fact- U GRO Capital is a BSE listed technology-enabled small business lending platform
Formerly known as- Chokhani securities.
Founder-  Mr. Shachindra Nath.
Chief Executive Officer(CEO)-  Abhijit Ghosh.
Launch- December 2017.

IndiaFirst life insurance join hands with Spice money for ‘Insurance Khata’ product
On November 23, 2019, IndiaFirst Life Insurance, a leading life insurance company in India has partnered with Spice Money, a tech-led financial services provider, for distribution and marketing of ‘insurance khata’, a micro-insurance plan aims at the informal sector & agricultural labourers with seasonal incomes.
Key Points:
i.Under this partnership, Spice Money will work for IndiaFirst Life  &market of ‘insurance khata’ products to its customers base of over three lakh in semi-urban and rural India.
ii.The new insurance product will allow a customer to create and increase protection cover while also having certain amount of return of premium. It enables consumers to actually putting the money when they have it rather than committing to premium payments when they don’t have committed flow of income
iii.Through this tie-up, Spice Money will deepen the penetration of its product offers and enable more customers to access their risk solutions.
About IndiaFirst Life Insurance:
Founded -2009
Headquarters -Mumbai, Maharashtra
MD & CEO -Ms.R.M.Vishakha
About Spice Money:
Headquarters– Noida, Uttar Pradesh.
Chairman -Dilip Modi On 25th November 2019, Suresh Krishna, former president of CII (Confederation of Indian Industry) and chairman of Sundram Fasteners Limited received India’s First ‘Quality Ratna’ award from DV Sadananda Gowda, Minister of Chemicals and Fertilizers, Government of India by CII Institute of Quality in its 27th Quality Summit held in Bangalore.
Key Points:
i.He constituted the TPM (Total Productive Maintenance) club of India in association with the JIPM (Japan Institute of Plant Maintenance) in 1998 and he was its first chairman.
About CII (Confederation of Indian industry):
Formation – 1895
Headquarters – New Delhi, India On  November 26, 2019, Appointments Committee of the Cabinet (ACC), Government of India (GoI) has approved the appointment of Suman Billa (a 1996 batch IAS-Indian Administrative Service officer from the Kerala cadre) as director of Technical Cooperation and Silk Road Development at D1 level in United Nations World Tourism Organisation (UNWTO) at its headquarters in Madrid, Spain for a period of 2 years, initially.
Key Points:
i.Billa currently serving as the joint secretary in the ministry of tourism & played a key role in Spice Route project and fashioned Kerala’s Responsible Tourism (RT) initiative in a global model, which won the UNWTO’s Ulysses Award for Innovation in Public Policy and Governance.
ii.Studied at the Madras Christian College, Jawaharlal Nehru University, Delhi , Billa has worked as Sub Collector in Idukki District of Kerala, Director Kerala Tourism & District Collector of Palakkad (Kerala).
iii.He has also served as Private Secretary to the Ministers of State for External Affairs and Defence.
About UNWTO:
Founded -October
Secretary-General -Zurab Pololikashvili On November 25, 2019 Shri. Hardeep Singh Puri, Minister of State (MoS- Independent Charge) for Housing and Urban Affairs (MoHUA) launched the Credit-linked Subsidy Services(CLSS) portal named “CLAP” (CLSS Awas Portal). The link to the portal is https://pmayuclap.gov.in/
Aim: The aim of the portal was to address the grievance of the beneficiaries in an organised phase or manner. All stakeholders such as MoHUA, Central Nodal Agencies (CNAs), Primary Lending Institutions (PLIs) and Beneficiaries will be integrated in this portal.
MoAs on light house projects under GHTC:
A separate Memorandum of Agreement(MoA) was signed between the MoHUA and state govt of 6 states for light house projects(LHP) under Global Housing Technology Challenge-India i.e., GHTC-India. The 6 states are Gujarat, Jharkhand, Madhya Pradesh, Tamil Nadu, Tripura and Uttar Pradesh….Click here to Read More

On November 26, 2019, marking the 11th anniversary of the 26/11 Mumbai terror attacks, a book titled “Hemant Karkare -A Daughter’s Memoir” by Jui Karkare Navare was released in Prerna hall of police club in Mumbai, Maharashtra. The book portrays former Anti Terrorism Squad(ATS) chief  Hemant Karkare’s life as a father to Jui Navare. The book has been published by Crossword.
Key Points:
i.18 security personnel lost their lives in the 26/11 terror attacks, also known as the 2008 Mumbai attacks. The attack was carried out by Lashkar-e-Taiba, an Islamic terrorist organisation based in Pakistan, in 8 places of Mumbai.
About Maharashtra:
Capital- Mumbai.
Governor- Bhagat Singh Koshyari.
National Parks(NP)- Tadoba NP, Sanjay Gandhi NP, Chandoli NP, Gugamal NP, Navegaon NP. A book on the life history of legendary Spymaster and one of the Founding father of India’s external agency RAW (Research and Analysis Wing), Rameshwar Nath Kao, written by Nitin Anant Gokhale will be published soon by Bloomsbury India. The book is based on the anecdotes of RN Kao’s life.
Key Points:
i.RN Kao was one of the founding members of the DGS (Directorate General of Security), Deputy Director at the Intelligence Bureau (IB), the personal Security Chief to Prime Minister (PM) Jawaharlal Nehru and Security Advisor to PM Rajiv Gandhi. He was also the founder of the Aviation Research Centre (ARC) and the Joint Intelligence Committee.
ii.Other books written by Nitin Anant Gokhale 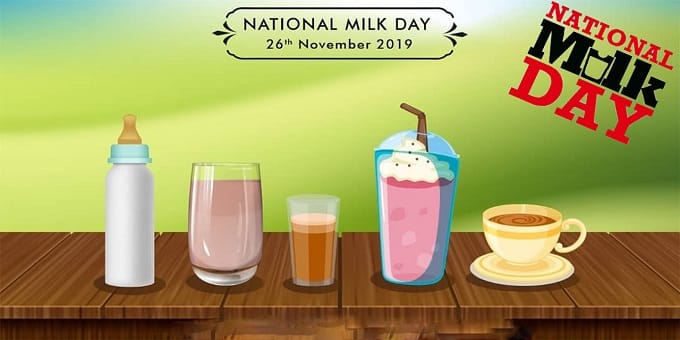 The National Milk Day is observed annually on November 26 to commemorate the birth anniversary of Dr.Verghese Kurien, who is called the father of the White Revolution in India. White revolution denotes the ‘billion-litre idea’ of Kurien in the dairy production. The day was decided to be celebrated from 2014 onwards by all the dairy majors of the country along with Indian Dairy Association (IDA).
Key Points:
i.The National Dairy Development Board (NDDB) was founded under Kurien which he set up at Anand, the milk capital of India, in Gujarat. Amul (Anand Milk Union Limited), which was Kurien’s standalone cooperative then, refused no milk from a farmer.
ii.In 1970, ‘Operation Flood’ was launched as an NDDB project. Under this project, India developed from being a milk importer to World’s largest milk producer.  Thus, he is also known by the name ‘Milkman of India’.