Key Points:
i. ISRO’s (Indian Space Research Organisation) Chairman Dr K Sivan inaugurated the Young Scientist Programme (Yuvika-2019) through video mode from ISRO headquarters at Bengaluru.
ii. The students are selected based on their performance in the 8th Standard (CBSE, ICSE and State syllabus) and this includes their performance in academic as well as extracurricular activities.
iii. The selected students will be provided with course material that’s already been pre-loaded on Tablets. The course programme includes topics like a Rocket engine, Environment science, Astronomy, Space applications, Renewable Energy so on and so forth.
iv. The selected students are attending the residential training programme at ISRO’s 4 centres, namely,

Indian Army, Navy and Air Force hold a joint exercise “Bull Strike” in Andaman and Nicobar
All Indian armed forces comprising Indian Army, Indian Navy and Indian Air Force hold joint exercise Bull Strike at Teressa Island in Andaman and Nicobar.
i. The objective is to enhance their coordination in dealing with major security challenges which are currently facing the country and also to showcase joint operation capability of the three forces, Indian Army, Navy and Air Force and further enhance operation coordination.
ii. Total 170 troops from all three services participated and carried out para drop operations in a Combat Free Fall and Static Line mode.

Bharti Airtel and HDFC Life tied up to offer insurance for prepaid customers
Bharti Airtel and the Housing Development Finance Cooperation (HDFC) Life had tied up to offer life cover for customers at a prepaid recharge of Rs 249. This new Rs 249 prepaid recharge will include 2 GB data, unlimited calls across all the networks and 100 SMS per day with an insurance cover of the worth of Rs 4 lakh from HDFC Life. The recharge validity is for only 28 days. 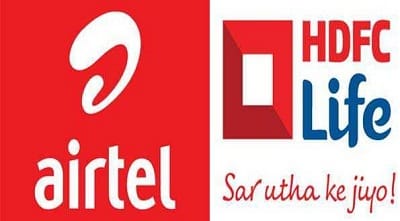 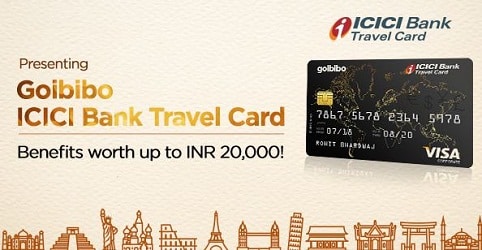 Key Points:
i. It can be used by anyone who are travelling abroad irrespective whether they hold an account in ICICI bank or not.
ii. It is accepted across 200 countries and 4.6 crore merchants globally and can be dealt in 15 currencies.
iii. The joining fee is Rs. 499+ GST and customers can buy the card by logging into the iMobile App. The card will be activated within one working day.
iv. The card provides travel insurance of Rs. 2 lakh to Rs. 10 lakh.
v. The card offers the benefits up to Rs. 20,000, gift vouchers of Rs. 15,000 from Goibibo, a complementary card protection from theft and loss up to Rs. 5 lakh. In terms of currency conversion rate, 40 paise discount is offered for a minimum of $1,000. In addition to this, 15% discount is given on dining in 6 countries at more than 100 Indian restaurants across the cities like Kuala Lumpur, Dubai, London, Singapore, Hong Kong and Bangkok.
About ICICI Bank:
♦ Headquarters: Mumbai
♦ Tag line: “Hum Hai na”
♦ CEO: Sandeep Bakhshi
About Goibibo:
♦ CEO: Sanjay Bhasin 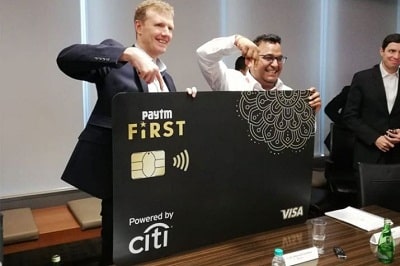 Key Points:
i. It is also the first cash-back driven white-label credit card claimed to be internationally accepted and would offer 1% ‘unlimited cash back universally’ to the customers. In this policy, Paytm notified that its unlimited 1% cash back would be automatically credited each month bereft of any restrictions.
ii. The card comes with an annual fee of Rs 500 and this fee will be fully waived off on expenses above Rs 50,000 per year.
iii. The card will provide Paytm promo codes of Rs. 10,000 on expenses of minimum Rs. 10,000.
iv. Paytm notified that an equated monthly instalment (EMI) option would be offered on purchases made on the new card.
v. The Paytm customers can apply for this new credit card through their Paytm app.
vi. By using the Paytm First Card passbook, the customers can keep a track of their digital transactions. On a real-time basis, the Paytm app will also inform customers about the offers from both Paytm and Citibank.
vii. Paytm also notifies that there is no hidden fee or additional charge included in this. 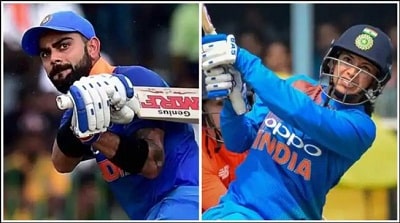 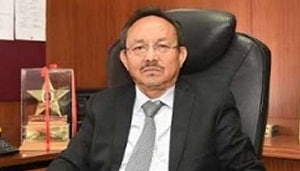 i. He has 35 years of experience across various sectors like insurance sector, private equity, life, pension and group superannuation scheme.
ii. He strategized the setting up of the new fund under SEBI AIF platform & directly raised 92 per cent of the base corpus. The fund is poised soon to exhaust the greenshoe option and close at Rs 1000 Cr.
About Life Insurance Corporation:
♦ Headquarters: Mumbai
♦ Owner: Government of India
♦ Founder: Government of India
♦ Founded: 1 September 1956 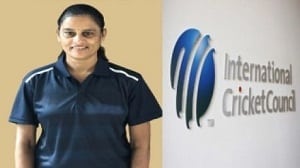 Key Highlights
i. Previously in 2008-2009, she officiated her first match in women’s domestic cricket and has also supervised 3 women’s One Day International (ODI) and 3 T20 International matches.
About ICC
♦ Headquarter: Dubai, UAE 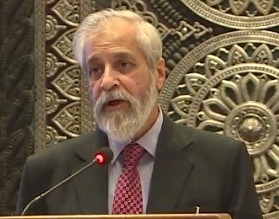 Key Points:
i. Every year, the Supreme Court of Fiji conducts three sessions and Justice MB Lokur will be a part of August session which will begin on August 15 and conclude on August 30, 2019.
ii. He has rendered his service to the Indian Law Review (Delhi Series) as the Editor from February 1983.
iii. He has also served as the Chief Justice of Gauhati High Court and the Andhra Pradesh High Court.
iv. He was appointed as the judge of Supreme Court on June 4, 2012, and retired from his service on December 31, 2018.
About Supreme Court of India:
♦ Authorized by: Constitution of India
♦ Location: New Delhi
♦ Formation: January 26, 1950
♦ Chief Justice: Ranjan Gogoi
About Fiji:
♦ Capital: Suva
♦ Currency: Fijian Dollar
♦ President: Jioji Konrote

BharatPe Ropes In Salman Khan As Brand Ambassador
Bollywood actor Salman Khanis signed as the brand ambassador of Merchant service and UPI payments app BharatPe.The new Campaign will be directed towards instructing merchants and users about UPI payments along with driving adoption of BharatPe app for all their business needs. 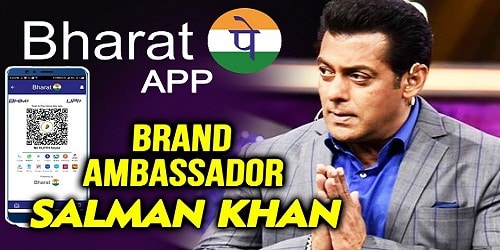 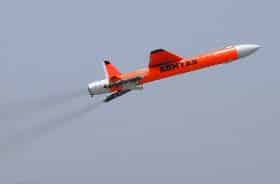 Key Points:
i. The flight test was recorded by different Radars and Electro Optic Systems.
ii. It uses Micro-Electro-Mechanical Systems (MEMS) based navigation system for its navigation and guidance.
iii. The ABHYAS project was sanctioned with initial funding of for Rs. 15 crores.
iv. The design of the main body of the aircraft is based on the design of Lakshya which is a high-speed drone developed by the Aeronautical Development Establishment (ADE) of DRDO.
About DRDO:
♦ Headquarters: New Delhi
♦ Formation: 1958
♦ Motto: Strength’s Origin is in Science
♦ Chairman: Dr G. Satheesh Reddy

NASA dubbed its 2024 Mission to Moon as ‘Artemis’
On May 13, 2019, the US Space Agency announced that the National Aeronautics and Space Organization (NASA) is set for its Mission to Moon “Artemis” which is to be achieved by 2024. Earlier, its goal to achieve this feat was by 2028. The Mission is named ‘Artemis’ after the Greek mythological goddess of the Moon and twin sister to Apollo. 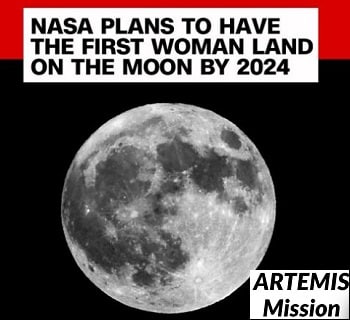 Key Points:
i. This Mission has committed to take a female astronaut to the surface of the moon for the first time.
ii. The annual budget for this mission is approximately USD 21.5 billion (Nearly Rs. 1,51,000 crores) with a requirement of an additional amount of $1.6 billion (Nearly Rs. 11,300 crores) in order to meet its deadline as it has to bear the expenses of the new ground and space vehicles.
iii. After the Mission to Moon “Artemis”, NASA is planning to reach Mars by 2033.
About NASA:
♦ Headquarters: Washington, DC
♦ Administrator: Jim Bridenstine
♦ Formation: July 29, 1958
About USA:
♦ Capital: Washington, DC
♦ Currency: US Dollar
♦ President: Donald Trump 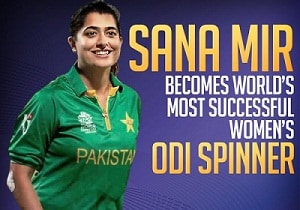 Jehan Daruvala has clinched his first win of 2019 FIA Formula 3 (F3) season in Barcelona
On 12th May 2019, Mumbai based Indian racing driver Jehan Daruvala made his maiden victory in Race 2 during the 2019 FIA Formula 3 (F3) season in Barcelona-Catalunya. The Team Prema driver is the only Indian on the grid, completed on top after a dominant drive ahead of JuriVips and Niko Kari. FIA F3 Championship was created by merging the erstwhile GP3 Championship and FIA F3 European Championship
i. Jehan is the only Indian to win a Grand Prix when he won the New Zealand Grand Prix in 2017 and then went on to become the only Indian to win a race in the erstwhile FIA F3 European Championship, which used slower cars.
ii. Jehan finished Race 1 in seventh place which puts him third in the points table with 23 points.
iii. Teammate Schwartzman leads the driver rankings with 37 points, while Lundgaard sits second with 24 points.
About Formula 3:
Initiated in 1950, it is typically the first point in a driver’s career as Success in F3 can lead directly to a Formula 2 seat or even a Formula 1 test or race seat. 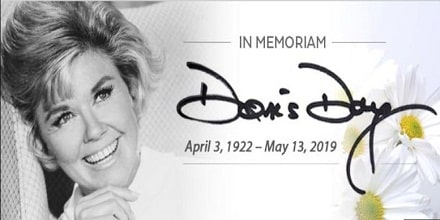 i. She was born on 3 April 1922 in Cincinnati, Ohio, United States.
ii. She performed the title role in Calamity Jane (1953) and starred in Alfred Hitchcock’s The Man Who Knew Too Much (1956) with James Stewart.
iii. She worked with James Garner on Move Over, Darling (1963) and co-starred with such leading men as Clark Gable, Cary Grant, James Stewart, David Niven, and Rod Taylor. In 1976 she released her autobiography named “Doris Day: Her Own Story”.

Brahmakalashothsava Festival 2019
The Brahmakalashothsava festival 2019 has started in Karnataka. This is a 6-day festival celebrated annually in the ancient Chandkuru Sri Durga Parameshwari Temple situated in Polali, Dakshina Kannada district in Karnataka.
Key Highlights
i. Shri Rajarajeshwari is the presiding deity of the temple. Other two idols Bhadrakali on the left and Lord Subrahmanya and Ganesha are on the right side of the presiding deity Rajarajeshwari.
ii. This temple is recently in news because Dalits and other backward classes (OBCs) from Chandkuru and other surrounding villages in Belthangady taluk have boycotted the Brahmakalashothsava festival. The reason for this boycott is because of separate seating arrangement had been made for the people belong to upper caste.
About Karnataka
♦ Capital: Bengaluru
♦ Governor: Vajubhai Vala
♦ Chief Minister: H. D. Kumaraswamy
♦ National Parks/ Wildlife Sanctuaries: Bandipur Tiger Reserve and National Park, Dandeli Wildlife Sanctuary, Nagarhole National Park etc.
♦ Dance Forms: Yakshagana, Kunitha, Veeragase, Bayalata etc.