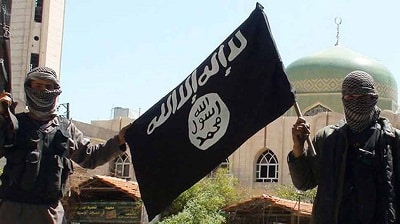 Key points:
i. ISIS (The Islamic State of Iraq and the Levant, also known as the Islamic State of Iraq and Syria. Officially known as the Islamic State) did not speak about the Indian province’s geographical territory though.
ii. This is estimated as a part of ISIS’ propaganda to give the impression of enhancing its global affiliations following the territorial losses (Iraq and Syria) in the Middle East. In the past, a similar strategy was brought to light by ISIS chief Abu Bakr al-Baghdadi.
iii. But, a senior Jammu and Kashmir police officer has rejected the announced claim by the Islamic State terror group.
iv. The short ISIS statement was made via Telegram, the messaging app.
v. The statement notified that the ISIS militants using machine guns had clashed with the Indian security forces in the village of Amshipora in Kashmir’s Shopian district and caused casualty to many of them.

NABARD launched Nabventures- its maiden fund to give support to agriculture, food, rural start-ups
A subsidiary of NABARD (The National Bank for Agriculture and Rural Development), Nabventures notified its first time funding termed ‘NABVENTURES Fund I‘ which is a Rs 700-crore venture capital fund for equity investments to provide support for agriculture, food and rural start-ups (which would help improve rural livelihoods). 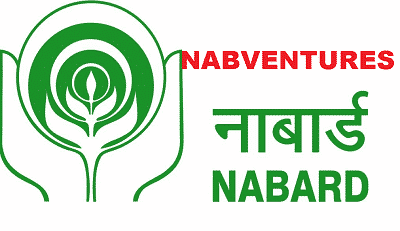 Key Points:
i. The fund has a proposed corpus of Rs 500 crore, has a greenshoe option of Rs 200 crore and has received an anchor commitment from NABARD.
ii. The afore mentioned fund is registered with SEBI as a Category II Alternative Investment Fund and would raise the resources from domestic and global investors.
iii. NABARD is now completely owned by the government and has been focusing on start-ups through a number of measures. The Chairman of NABARD is Harsh Kumar Bhanwala.

HDFC ERGO General Insurance Company launched ‘Mosquito Disease Protection Policy’ which will cover people against common mosquito-borne diseases
India’s 3rd-largest non-life insurance provider in the private sector, HDFC ERGO General Insurance Company launched a scheme termed ‘Mosquito Disease Protection Policy’ which will cover a person against common mosquito-borne diseases, namely, Dengue Fever, Malaria, Chikungunya, Japanese Encephalitis, Kala-azar, Lymphatic Filariasis and Zika Virus.
Key Points:
i. There has been a stark rise of 300% dengue cases in India between 2009-2017,according to the report published by National Health Profile 2018.
ii. These mosquito-borne diseases leads to financial burden due to hospitalisation or affects the No Claim Bonus of any conventional Health Insurance.
iii. The policy by HDFC ERGO will cover hospitalisation expenses. The policyholder may opt for a huge amount to be paid as a policy benefit on offering the proof of hospitalisation. The policy will also pay the beneficiary the sum insured, if in case of the policyholder dies due to the disease.
iv. This policy also provides international cover to people and also covers all the vector-borne diseases listed in the policy document.
v. The policy cover will be available for people between the age of 91 days to 65 years.
vi. Along with these benefits, the policyholders will have access to different wellness services, namely, discounts and specialised programs like health tips, diet consultation and other programs offered on the health mobile application of HDFC (Housing Development Finance Corporation Ltd.) ERGO.
vii. The benefits are inclusive of access to health coaching services in disease management, activity and fitness, nutrition and weight management. 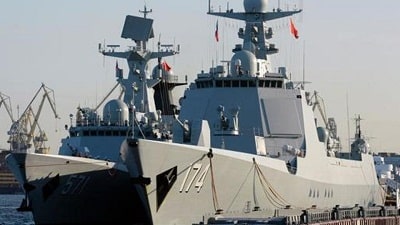 Key Points:
i. The destroyers are fast and warships are operated for long distances. In addition, they can be used to accompany the aircraft carriers.
ii. The newly developed Type 052D destroyers are the upgrades of its previous version Type 052C.
iii. The Type 052D destroyer is a large 7500 tone destroyer. It was introduced into the People’s Liberation Army Navy(PLAN) in March 2014.
iv. PLAN is the World’s fastest growing Navy as it adds new vessels to the fleet every month.
v. Last month, PLAN celebrated its 70th anniversary in Qingdao, China. Indian naval ships including INS Kolkata along with tanker INS Shakti participated in it.
vi. For the first time in its history, Chinese navy has logistics bases in Djibouti in the Indian Ocean. It is developing Pakistan’s Gwadar port in the Arabian Sea and has also acquired Sri Lanka’s Hambantota port for 99 years in a debt swap.
About China:
♦ Capital: Beijing
♦ Currency: Renminbi
♦ President: Xi Jinping

U.S. Department of Energy  creates a new 100% recyclable plastic named Polydiketoenamine(PDK)
U.S. Department of Energy‘s Lawrence Berkeley National Lab in California created a new 100% recyclable plastic named Polydiketoenamine (PDK). This can be broken down and used without the loss of quality. It can be formed into a different shape and colour. Plastics are made of polymers, chains of hydrogen and carbons.
i. The leader of this study is Peter Christensen.
ii. The research is published in the journal Nature Chemistry.
iii. The researchers discovered that the new PDK material has wide range of thermal and mechanical properties. It can be used in textiles, foams and 3D printed materials.

Scientists from the University of Cambridge create the World’s Smallest Colour Pixels for large-scale flexible displays
Scientists from the University of Cambridge, UK created the World’s Smallest Colour Pixels by trapping the particles of light under the tiny rocks of gold. These pixels can be used for new types of large-scale flexible displays and are big enough to cover entire buildings. The research is published in Journal Science Advances.
i. Cambridge University Professor Jeremy J Baumberg led the research.
ii. These are the smallest pixels ever created and are smaller than the typical smart phone pixels.
iii. They are compatible with roll-to-roll fabrication on flexible plastic films which reduces their production cost.

Entire genome of Asiatic lion sequenced first time
Scientists from Council of Scientific and Industrial Research (CSIR)-Centre for Cellular and Molecular Biology (CCMB), Hyderabad have been sequenced the entire genome of the Asiatic lion for the first time.De novo sequencing and annotation have resulted in a draft assembly of the entire genome of a male Asiatic lion. The lead author of the study is Dr. Ajay Gaur, which is published online in BioRxiv, the pre-print website.
Key Points:
i. The information obtained from sequencing would help to understand the evolution of Asiatic Lion.
ii. Comparative studies of royal Bengal tiger, African Cheetah and Jaguar would be possible with the complete genome of these big cats.
iii. The population of the endangered Asiatic lion is very low — only 523 animals are present in the Gir forests.
iv. The genome is estimated to be 2.3 Gb (Gigabase) long and is found to have 20,543 protein-coding genes.
About Centre for Cellular and Molecular Biology, Hyderabad :
♦ Director: Rakesh Mishra
♦ Founded: 1977

Non-venomous species of ‘rain snake’ discovered in Mizoram
A group of Taxonomists has unearthed a new non-venomous ‘rain loving’ snake species named “Smithophis atemporalis” from Mizoram in North-east India. It was published in the taxonomic journal named Zootaxa. Varad Giri is the lead author of the paper.
i. It has been named after eminent British herpetologist, Malcom A Smith, for his contribution to Indian herpetology.
ii. The locals commonly referred to the snake as ‘ruahlawmrul’, a rain-loving snake.
iii. Scientists considered the new genus as a part of the genus Rhabdops, which has two species – the Olive forest snake found in the Western Ghats and the bicoloured forest snake from northeast India.
iv. Snake is aquatic and is generally seen in human-dominated landscapes and forests, mostly in Mizoram’s capital, Aizawl. They feed on lizards and frogs.
v. The highest length of the species is 655 mm (approximately 2.5 feet).

IAAF World Relays 2019
The International Association of Athletics Federations (IAAF) World Relays 2019 was held in Nissan Stadium,  Yokohama, Japan from May 11 to 12, 2019. Total 43 nations participated in the two-day event. The event was organised by the International Association of Athletics Federation (IAAF). It is a biennial event, last time it was held in 2017 in Nassau, Bahamas. 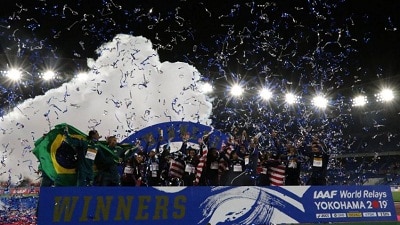 Winners of IAAF World Relays 2019 – The overall title of the event was clinched by the United States of America (USA) with 54 points. 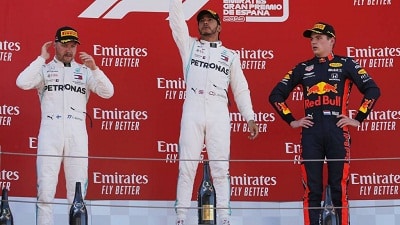 i. This win took him back to the top spot of the world championship ranking with 112 points, ahead of Valtteri Bottas who is on 105 points.
ii. Valtteri Bottas (Mercedes) stood at the second spot while Max Verstappen (Red Bull) was third.
About Spain:
♦ Capital: Madrid
♦ Currency: Euro 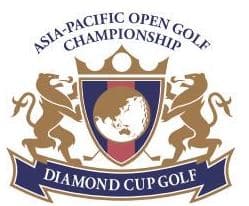 Mutua Madrid Open 2019
The Mutua Madrid Open 2019 is a professional tennis tournament presented on outdoor clay courts at the Park Manzanares in Madrid, Spain from 3 May–12 May 2019. It was the 11th edition on the Women’s Tennis Association(WTA) Tour and 18th edition of Association of Tennis Professionals (ATP) World Tour. It was the last professional tennis tournament for Spanish player David Ferrer, who received a wildcard into the singles draw.
Prize Money:
i. The winner of the tournament will get prize money of €1,202,520.
ii. In the doubles, the champion team will share a check for €357,540, with the finalists dividing a prize of €174,485.
Highlights:
i. On 12th May 2019, The World No. 1 Novak Djokovic defeated Greek star Stefanos Tsitsipas by 6-3, 6-4 to win the Mutua Madrid Open, equalling Rafael Nadal’s record of 33 ATP Masters 1000 titles. It is also Djokovic’s 200th achievement against a Top 10 opponent (200-90).
ii. On 11 May 2019, The Netherlands’ Kiki Bertens has defeated Simona Halep of Romania with  6-4, 6-4  to win the Madrid Open Women’s Singles title. Bertens secured her ninth WTA singles title, as well as a cheque for 1.2 million euros. From this tournament, Bertens became the first woman ever to win the title without even dropping a set.