According to WHO’s report, India faces severe shortage of healthcare providers, especially in Bihar, Jharkhand, U.P. & Rajasthan
The WHO (World Health Organization) has published a research paper titled ‘Forecasting the future need and gaps in requirements for public health professionals in India upto 2026’ in the ‘WHO South-East Asia Journal of Public Health‘, in which it states that India faces critical shortage of healthcare professionals, especially in Bihar, Jharkhand, U.P. (Uttar Pradesh) & Rajasthan which have the worst hit ratio as compared to Delhi, Kerala, Punjab and Gujarat which are in a relatively better position.
i. Health workforce includes all those people engaged in actions whose primary intent is to enhance and improve the health of the general public affected with any kind of health issue.
Key Points:
i. In spite of the 5 million workers being employed by the health sector in India, according to WHO’s database, the low density of health providers in India is even lower than nations like Sri Lanka, China, Thailand, United Kingdom and Brazil.
ii. India’s health workforce can be broadly classified into 8 categories which are named as follows:

iii. WHO notifies that Southeast Asia requires a 50% rise in healthcare employment in order to reach the universal health coverage by 2030.
iv. The immediate action to be taken for improvement are as follows:

v. The research study by WHO notifies that according to the 2008 Government statistics based on vacancies in sanctioned posts:

The Higher Education Department issued new Research norms to teachers
The Higher Education Department has strictly issued new norms for the University Grants Commission- funded scheme which are meant for the faculties of colleges and universities who pursue research. This order is issued after the detection of numerous violations by the beneficiaries of the scheme.
Key Points:
i. The Government has observed that many teachers leave the programme midway or fail to submit their thesis. Some teachers fail to render the compulsory service after they return from the Faculty Improvement Programme(FIP) deputation. It has led to the huge loss of public money.
ii. In order to tackle these problems, the Government has decided to impose penalties on those teachers who fail to follow the rules. Those who fail to render compulsory service after deputation will have to pay a penalty which comprises the pay along with the allowance drawn during their fellowship and the salary paid  to the substitute teacher and the contingency grant with interest.
iii. If the teacher fails to submit the thesis by six months from the date of expiry of the deputation period, then they will be entitled to pay the entire amount drawn by them along with the contingency grant, salary paid to the substitute teacher and a penalty of Rs. 25,000 with interest. The Government will also restrict the research scheme to the teachers who are below 45 years.

2019 Meetings of the COPs to the Basel, Rotterdam and Stockholm Conventions held in Switzerland

Facebook has selected London as the center to develop WhatsApp’s mobile payment service
CEO of Facebook, Mark Zuckerberg has confirmed that it has selected London to be the center to launch WhatsApp Pay. The reason to choose London than US City is  because WhatsApp is widely used in UK and London is considered as a Hub for Fintech.
Key Points:
i. WhatsApp has 1.5 billion users globally, out of which, more than 200 million users are in India.
ii. In the process of launching this new feature, WhatsApp will hire nearly 100 new software engineers in London and additional staff would be hired in Dublin.
iii. In April, the Reserve Bank of India issued a circular with regard to data localization policy for payment system providers. Data localization means the storage of data within India. On May 3, Facebook assured the Supreme Court that it would adhere to the RBI’s data localization norms before the launch of the full payments service in India.
About Facebook:
♦ Headquarters: Menlo Park, California, United States
♦ Founded: February 4, 2004
♦ CEO: Mark Zuckerberg
About WhatsApp:
♦ Headquarters: Mountain View, California, United States
♦ Founded: 2009
♦ Parent Organization: Facebook

Chhaya Sharma, who oversaw Nirbhaya rape case receives McCain Institute Award 2019
On 10th May 2019,  IPS officer Chhaya Sharma, who headed the investigation team of the infamous Nirbhaya gang-rape and murder case, has been conferred with the 2019 McCain Institute Award for Courage and Leadership.
i. She has guided teams in the detection and investigation of sensitive criminal cases and protection of human rights.
ii. In 2017, Chhaya has performed a crucial role in drafting Standard Operating Procedures and Guidelines to Combat Trafficking of Persons in India.
iii. The award is granted to those who manifest courage on behalf of human rights, humanitarian compassion, justice, freedom, and human dignity.
iv. Other famous awardees are-MalalaYousafzai (2015) and DikembeMutombo (2016).
About McCain Institute :
Founded: 2012
Leader: Kurt Volker
Location: Washington, D.C. 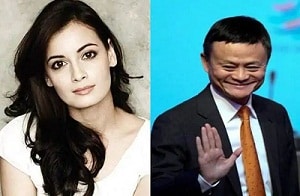 Key Points:
i. The newly appointed UN advocates are the 17 influential global figures. It is the responsibility of these advocates to raise awareness, inspire greater ambition and strive hard for the faster action on the SDGs, which were adopted by the world leaders on September 25, 2015.
ii. The other newly appointed SDG Advocates are Queen Mathilde of the Belgians, Sheikha Moza bint Nasser, Founder, Education Above All Foundation (State of Qatar), British screenwriter, producer and film director Richard Curtis, Nobel Laureate Nadia Murad, Director of Center for Sustainable Development, Columbia University Jeffrey Sachs, Brazilian footballer and UN Women Goodwill Ambassador and Founder and Chief Executive Officer, Whitaker Peace & Development Initiative, Forest Whitaker.
iii. The UN Secretary-General has appointed some members of the previous class of SDG Advocate such as Crown Princess Victoria of Sweden, Nobel Laureate Leymah Gbowee of Liberia and Nobel Laureate and Founder of Grameen Bank Muhammad Yunus of Bangladesh as SDG Advocate Alumni.
iv. Chief of Alibaba Group, Jack Ma has been an SDG Advocate since 2016.
v. Actress Dia Mirza is also the UN Environment Program Goodwill Ambassador for India. 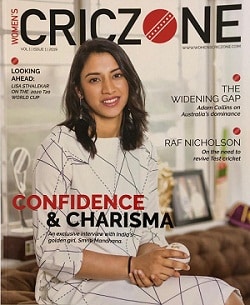 Key Highlights
i. The magazine “CRICZONE” was launched in Jaipur, Rajasthan during an event which was conducted on the sidelines of the inaugural women’s T20 challenge. It was attended by international cricketers like Mithali Raj, Smriti Mandhana, Harmanpreet Kaur and overseas players like Danielle Wyatt and Sophie Davine.
ii. The objective of this magazine is to empower young aspiring women cricketers to take the sport as a profession and able to make sustainable living. 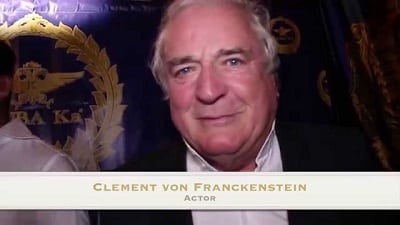 Bhojpuri Vocal artist, Padma Shri awardee Hiralal Yadav passes away at 93 in Varanasi
On May 12, Bhojpuri singer, Padma Shri awardee Hiralal Yadav passed away in a private hospital in Varanasi, Uttar pradesh after a prolonged illness. He was 93. He was a renowned Bhojpuri folk singer from ‘Birha’ genre, which revolves around the separation of a lover from his beloved. 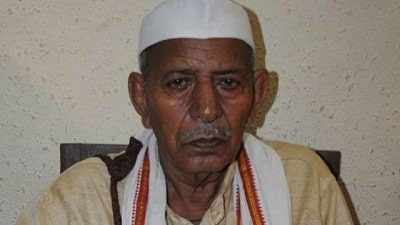 i. He received the Padma Shri award, the fourth highest civilian award of our nation, in January 2019.
ii. For his contribution in the field of music, he was awarded the Yash Bharti Award from the Government of Uttar Pradesh in the year 2015.
iii. He has done numerous albums with T-series which include Devar Bhabhi Ki Holi, Ram Bhakt Ghurhu Kisan, Chabda Chatti Peeta, Gadhavat Swami Sadguru Bhajan and others.
About Uttar Pradesh:
♦ Capital: Lucknow
♦ Chief Minister: Yogi Adityanath
♦ Governor: Ram Naik
♦ Wildlife Sanctuary: Hastinapur Wildlife Sanctuary
♦ National Parks: Dudhwa National Park

i. In 1860, Nightingale laid the foundation of professional nursing with the establishment of “Nightingale School of Nursing” at St Thomas’ Hospital in London. It was the first secular nursing school in the world and is now part of King’s College London.
ii. The Florence Nightingale Medal is the highest international distinction a nurse can achieve.
History:
The day was first observed in 1965 by International Council of Nurses (ICN), after an officer with the US Department of Health, Education and Welfare Dorothy Sutherland proposed Nurses Day in 1953 and was first declared by President Dwight D Eisenhower. In January 1974, 12 May was chosen to celebrate the day. 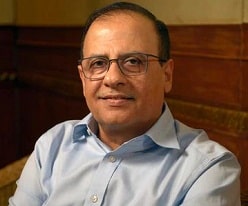 Key points:
i. He holds the distinction of being the longest-serving BMC commissioner.
ii. Mehta’s predecessor UPS Madan (1983 batch IAS officer), who has opted for voluntary retirement (under V.R.S.- voluntary retirement scheme) after serving the post of CS for just 44 days makes him the shortest-serving CS of Maharashtra. He still had five months of service left and for that period he has been appointed as the chairman of SICOM (State Industrial Investment Corporation Of Maharashtra) and also as special advisor to Maharashtra CM Devendra Fadnavis.
iii. 1985-batch I.A.S officer- Praveen Pardeshi (the additional chief secretary to chief minister Devendra Fadnavis) has been appointed as the new municipal commissioner chief of Mumbai, succeeding Ajoy Mehta.
iv. Mehta will retire in September 2019.
v. One of the notable works of Mehta as the principal secretary, department of energy under Maharashtra government include the transition of the state-owned Maharashtra State Electricity Board into 3 independent companies which were dedicated to generation, transmission, and distribution.