We are here for you to provide the important Current Affairs March 31 2019, which have unique updates of all daily events from all newspapers such as The Hindu, The Economic Times, PIB, Times of India, PTI, Indian Express, Business Standard and all Government official websites. A multi disciplinary terror action group has been set up by Government for Jammu and Kashmir
On 30th March 2019, a multi-disciplinary terror monitoring group (MDTMG) has been set up by the Government to ensure synergized and collective action against terror financing and terror-related activities in Jammu and Kashmir.
Key Points:
i. This group will have representatives from the Jammu and Kashmir Police, Intelligence Bureau, Central Bureau of Investigation(CBI), National Investigation Agency(NIA), and Income Tax Department.
ii. Also, It will take action against hardcore sympathizers among government employees, including teachers, who are providing support to terror activities and investigate the network of various channels being used to fund terror and terror-related activities and take coordinated action to stop the flow of such funds.
iii. The Additional director general of police (ADGP) CID of JK Police will head the group which will meet on a weekly basis.
About Jammu and Kashmir
♦ Capital: Srinagar (Summer), Jammu (Winter)
♦ Governor: Satya Pal Malik
♦ National Park: Dachigam National Park, Hemis National Park, Kishtwar National Park 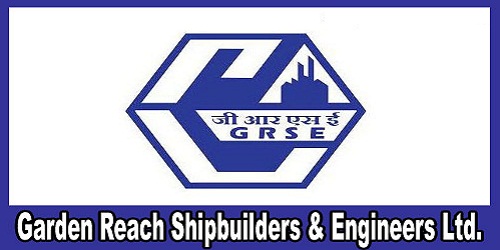 Key Points
i. This has made GRSE the first Indian Shipyard to make and deliver 100 warships to the Indian Navy, Indian Coast Guard and Mauritius Coast Guard.
ii. The 100th Warship, IN LCU L-56 was handed over by Rear Admiral V. K. Saxena, Chairman & Managing Director, GRSE to Lt. Cdr. Gopinath Narayanan, Commanding Officer of the Ship. 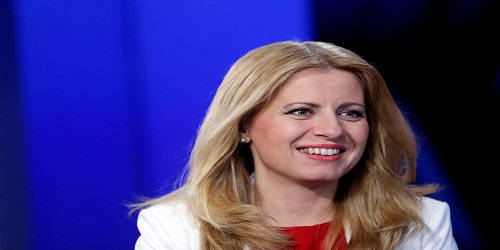 Key Points:
i. She was born on 21st June 1973 in Bratislava.
ii. She was honoured with the Goldman Environmental Award in 2016 for her strong and resolute leadership regarding the Pezinok landfill affair, Caputova.
About Slovakia
♦ Capital:Bratislava
♦ Currency:Euro
♦ Prime Minister: Peter Pellegrini

Filmmaker Rima Das appointed as the ambassador of TIFF’s ‘Share Her Journey’
On 29th March 2019, Assam filmmaker Rima Das has been appointed as the official ambassador of Toronto International Film Festival (TIFF)’s ‘Share Her Journey’ campaign.
Key Points:
i. TIFF launched the five years ‘Share Her Journey’ campaign in 2017 with an aim to increase participation, skills, and opportunities for women behind and in front of the camera.
ii. She has won several national and international awards for her film ‘Village Rockstars’, which is India’s official entry to Oscars 2019 and Dublin Film Critics Circle Jury Award for Best Director of her film ‘Bulbul Can Sing’.
iii. Recently Rima Das was honoured with ICC NE Excellence Award by Indian Chamber of Commerce at North East Business Summit at Hotel Le Meridien in New Delhi.
iv. The other Indian ambassadors of the campaign include Filmmakers Mira Nair, Deepa Mehta, and Actress Priyanka Chopra.
About Assam
♦ Capital:Dispur
♦ Chief Minister: Sarbananda Sonowal
♦ National Park: Kaziranga National Park, Manas National Park, Orang National Park, Dibru-Saikhowa National Park 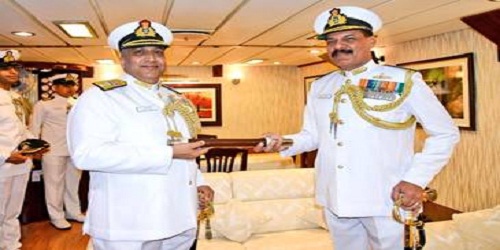 Key Points:
i. He was commissioned on 1st January 1987 and is a specialist in Gunnery and Missile Warfare.
ii. He has experience as a Commanding officer in the missile vessel INS Nirbhik, missile corvette INS Karmuk, stealth frigate INS Talwar, and the aircraft carrier INS Vikramaditya.
iii. Also, He is a recipient of the Vishisht Seva Medal in 2006 for the Tsunami Relief operations in Sri Lanka/ Maldives and the Nau Sena Medal in 2015.
iv. Under his supervision, Eastern Fleet participated in various bilateral exercises, like INDRA-18 with the Russian Navy, the 25th edition of SIMBEX with the Singapore Navy and JIMEX-18 with the Japanese Navy.

Air Marshal NS Dhillon to be designated as new Strategic Forces Command (SFC) Chief
On 30th March 2019, Fighter pilot Air Marshal Navkaranjit Singh Dhillon has been appointed as the new commander-in-chief Strategic Forces Command. He will succeed Jasbir Walia.
Key Points:
i. He was born in 1961 in Amritsar.
ii. He was commissioned as a fighter pilot in the Indian Air Force on December 1981.
iii. He has experience as a Commanding officer in MiG-21 Sqn and as a Chief Operational Officer of a premier flying base.
iv. The Strategic Forces Command (SFC) was created on 4th January 2003, by the Atal Bihari Vajpayee Government to look after the strategic nuclear arsenal of the country and it is a part of India’s Nuclear Command Authority (NCA) which is headed by PM Narendra Modi.

Executive Director of ICICI, Vijay Chandok appointed as MD and CEO of ICICI Securities
On 31st March 2019, Executive Director of ICICI Bank, Vijay Chandok has been appointed as MD and CEO of ICICI Securities, a subsidiary of ICICI bank. He will succeed Shilpa Naval Kumar.
Key Points:
i. He joined the ICICI Group in 1993.
ii. At present, he is on the boards of ICICI Bank UK PLC and ICICI Bank Canada and is the Chairman of ICICI Investment Management Company.
iii. Under his leadership, ICICI Bank has won several awards including ‘India’s Best Bank in SME Financing’ (private sector) in 2008 by Dun & Bradstreet and ‘Excellence in SME Banking in Asia Pacific, Central Asia and Gulf Region’ in 2009 by the Asian Banker Award.
About ICICI Bank
♦ Headquarters:Mumbai
♦ Founder:Industrial Credit and Investment Corporation of India
♦ Founded:June 1994, Vadodara
♦ Tagline: Hum Hain Na! i. The trial runs of the 5G network started in Shanghai’s Hongkou district.
ii. 5G base stations had been deployed over the last three months to ensure full coverage in Hongkou.
iii.Shangai’s 5G network is backed by state-run telecom carrier China Mobile.

Notification of Island protection zone (IPZ) 2019 for Andaman and Nicobar
On 29th March 2019, Island Protection Zone (IPZ) 2019 for Andaman and Nicobar has been notified by the Union Ministry of Environment, Forest and Climate Change. The purpose of these changes in the IPZ is aligned with the Niti Aayog’s proposal for holistic development in the Islands.
Key Points:
i. The government is planning to open the blue economy and sustainable utilizing of ocean resources.
ii. In this new notification, eco-tourism projects are allowed at 20 meters from the high tide line (HTL) in smaller islands like Baratang, Havelock, and Car Nicobar and at 50 meters for larger islands from the HTL.
iii. It permits the eco-tourism activities like mangrove walks, tree huts and nature trails in island coastal regulation zone (ICRZ) IA.
iv. This new notification replaces IPZ notification of 2011.
v.It brings norms for Andaman and Nicobar at par with coastal regulation zone (CRZ) norms for other islands.
About Andaman & Nicobar Islands
♦ Capital: Port Blair
♦ Lieutenant Governor: Devendra Kumar Joshi
♦ National Park: Mahatma Gandhi Marine National Park, Mount Harriet National Park 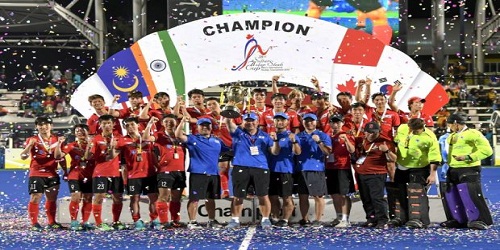 i.The top goal scorers of the tournament was Mandeep Singh of India and Jang Jong-hyun of South Korea.
ii.South Korea has won this tournament for the 3rd time.

Assam’s Bongaigaon district administration developed mobile app for first-time voters
A Mobile App named ‘Sankalp’ has been developed by the Assam’s Bongaigaon district administration team with the help of NIC (National Informatics Centre) to encourage the first time voters.
i.When first time voters will add their details like age and name, the app will track their polling station and other details which will result in easy access to their right.
ii.First time voters will able to sign digital ‘sankalp patra’ to cast their votes on day of polling.

Mahesh Singh is appointed the Flag Officer Commanding Karnataka Naval Area
On 30th March 2019, An alumnus of National Defence Academy, Rear Admiral Mahesh Singh takes charge as the Flag Officer Commanding Karnataka Naval Area.He will succeed Rear Admiral KJ Kumar.
i. Mahesh Singh is a post graduate from Defence Services Staff College and he had headed Navigation and Direction School at Kochi and the Maritime Warfare Centre at Vishakhapatnam.
ii. He was a commissioned into the Indian Navy in January 1987 and he is a recipient of the Nao Sena Medal.