We are here for you to provide the important Current Affairs March 30 2019, which have unique updates of all daily events from all newspapers such as The Hindu, The Economic Times, PIB, Times of India, PTI, Indian Express, Business Standard and all Government official websites. 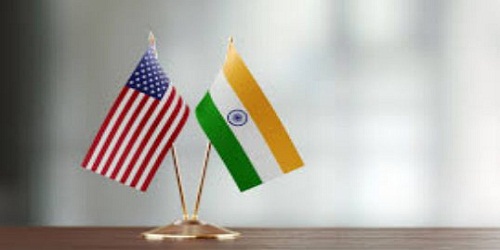 Key points
i. This agreement was signed by Devyani Khobragade, Joint Secretary, Ministry of External Affairs of India, and Mark Anthony White, Mission Director for the USAID in India.
ii. This amendment to the Statement of Guiding Principles agreement extends the validity of the pact up to 2021.
About US
Capital- Washington, D.C.
President- Donald Trump
Currency- US Dollar

Women’s labour force participation in India report by Oxfam
On 28th March 2019, a recent report  titled ‘Mind the Gap – the state of employment in India’ by Oxfam India, an international non-profit organisation has found that the gender wage gap in India is highest among Asian nations, women are paid 34 percent less compared to men for performing the same job and with same qualifications,also the Women’s labour force participation in India is the lowest in the world.
Key Points:
i. The survey was based on the employment-unemployment survey (EUS) 2011-12, done by the National Sample Survey Organization (NSSO), International Labour Organization (ILO) studies, and also based on the first inequality report launched by Oxfam in 2018.
ii. In India, the low participation of women in labour force is 27 percent which is the lowest among BRICS countries and among G20 countries.
iii. According to a leaked National Sample Survey Office report for 2017-18, currently, the unemployment rate in India is estimated to be at a 45-year high, reaching 7.8 percent in urban areas and 5.3 percent in rural ones.
iv. Also In terms of growth, and compared with men, the labour force participation rate for men rose from 75.5 percent in 2015-16 to 76.8 percent in 2016-17 but the rate for women declined to 26.9 percent in 2016-17 from 27.4 percent in 2015-16. Key Points:
i. Ranchi which has 95% of 4G Availability, ranked second and Srinagar ranked third with the score of 94.9% on the list with 4G Availability.
ii. Raipur and Patna ranked fourth and fifth place with a score of 94.8% and 94.5% respectively.
iii.In OpenSignal’s most recent India Mobile Network Experience report, Jio’s has topped the charts with national 4G Availability score was 96.7 percent.
About Jharkhand
Capital: Ranchi
Chief Minister:Raghubar Das
National Park: Betla National Park, Hazaribag National Park 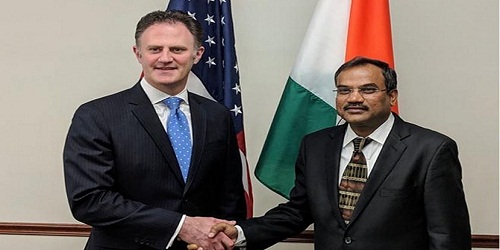 Key points
i. In this meet both the countries have decided to lay their efforts to address world’s most pressing counter-terrorism challenges, countering the financing and operations of terrorist organizations.
ii. In the meeting, India and USA have also underlined the need for Pakistan to take verifiable action against terrorists groups.

UN Security Council adopts Resolution to combat Terror Financing
The Security Council of UN has passed the new Resolution 2462 which is intended to crack down on the financing of terrorist groups and ordering members to enforce laws against terror financing.
Key points
i. The resolution will take concrete steps that would make it more difficult for terrorist groups to fund their operations.
ii. This is the first step by UN to focus solely on the issue and address the terrorist groups and their affiliates.
About United Nations
Headquarters- New York
Secretary General: Antonio Guterres Key Points:
i. This ban will be effective from 2021 in all EU member states.
ii. The law sets a target to gather 90 percent of plastic bottles for recycling by 2029 and plastic bottles should be produced with 25 percent recycled material by 2025 and 30 percent by 2030.
About European Union
Headquarters:City of Brussels, Belgium
Founded: 1 November 1993, Maastricht, Netherlands
President: Jean-Claude Juncker 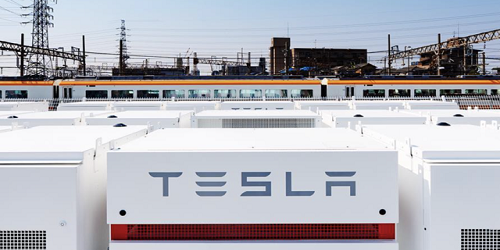 Key Points:
i. It was Launched in partnership with Kintetsu, a railway operator in Japan’s Osaka.
ii. Tesla has installed 42 Powerpacks units at Osaka train station in Japan which will provide enough amount of energy to safely move a train and its passengers for up to 30 minutes to the nearest station if any power failure happens.
iii. This 7 megawatt-hours (MWh) system is not only the largest energy storage project in Asia, but also the fourth largest in the greater Asia-Pacific (APAC) region.
About Japan
Capital: Tokyo
Currency: Japanese yen
President: Shinzo Abe 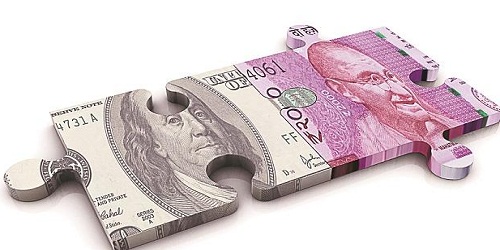 Key Points:
i. To ease the liquidity crunch, Reserve Bank of India will buy dollars from banks for three years and offer them rupees in return, which will bulk up the central bank’s foreign-exchange reserves while injecting cash into the banking system.
ii. Banks offered $16.31 billion at the auction against the notified amount of $5 billion for the rupee-dollar swaps and out of this $16.31 billion received via 240 offers by market participants, the RBI accepted $5.02 billion via 89 offers.

Average base rate to be charged by NBFC and MFI is set at 9.21% by RBI
On 29th January 2019, Reserve Bank of India set the average base rate to be charged from borrowers by Non- Banking Financial Companies (NBFC) and Micro Finance institutions (MFI) at 9.21% for the first quarter (April to June).
Key Points
i. RBI declares average base rates on the last working day of every quarter, so new rates will be applicable from 1st April 2019.
ii. The average of base rate charged by five largest commercial banks is used to calculate the base rate for NBFC and MFI.
About Reserve Bank of India
Governor: Shaktikanta Das
Headquarters: Mumbai

Laurus Labs signed pact with Global Fund to supply ARV drugs
Pharma Laurus Labs of Hyderabad has signed an agreement with Global Fund, an organization working towards ending AIDS, tuberculosis and malaria as epidemics, for a period of three-and-a-half years.
Key points
i. This agreement has a motive to supply Anti retro viral (ARV) combination medicine namely Tenofovir/ Lamivudine/ Dolutegravir of 300/300/50mg (TLD) for treating HIV/AIDS in sub-Saharan Africa.
ii. Laurus Labs will have volume commitments from the Global Fund to increase the access for the HIV/AIDS treatment by meeting the unmet needs and helping people.

India’s CAD widens to 2.5% of GDP in 3rd Quarter
Current account deficit (CAD) of India has widened to 2.5% of GDP in the 3rd quarter of the current fiscal year primarily on account of a higher trade deficit though the foreign exchange reserves which continued to soar.
Key points
i. Current account deficit has been widened merely 0.4% from 2.1%, a year ago.
ii. The CAD had moderated to USD 19.1 billion or 2.9 per cent of GDP in the preceding quarter.

Pravasi Bharatiya Samman Award conferred upon Dr. Rajendra Kumar Joshi
Dr. Rajendra Kumar Joshi, the founder and chairman of the RUJ Group has been conferred with the prestigious Pravasi Bharatiya Samman Award on 29th March, 2019. He was awarded by the Embassy of India in Switzerland, on behalf of the President of India with a commendation letter and a medal. 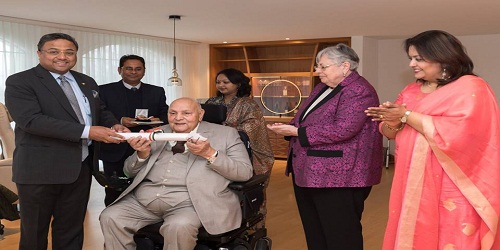 Key points
i. Hailed from Rajasthan, a scientist, Dr Joshi, has been recognized for his magnificent achievements in the field of science, education and medicine.
ii. The theme of 2019 Pravasi Bharatiya Divas convention was “Role of Indian Diaspora in building New India.”He was mainly credited with developing path-breaking medicine Tecfidera (BG12) for multiple sclerosis.
About Pravasi Bharatiya Samman Award
The Pravasi Bharatiya Samman Award (PBSA) is the highest honour which is conferred on Non-resident Indians by the President of India for their significant contributions towards bringing honour and glory to India.

EGOT (Emmy, Grammy, Oscar, and Tony) winner Rita Moreno honoured with Peabody Career Achievement award
Veteran actor Rita Moreno has been chosen for 2019 Peabody Career Achievement honour, that will be bestowed upon her on May 18 during the 78th Annual Peabody Awards Ceremony, at Cipriani Wall Street in New York City. The award recognized her commitment to electronic media that has left an indelible mark on the field. Key Points:
i. The presenting sponsor and official automobile of the 78th Annual Peabody Awards Ceremony is Mercedes Benz and Supporting sponsor is The Coca-Cola Co.
ii. She will be the second recipient of the award followed by Carol Burnett.
iii. With this achievement, she will have the “PEGOT” status by winning a Peabody, two Emmys, Grammy, Oscar and Tony award. She was honoured with the Presidential Medal of Freedom by President George W. Bush and the National Medal of Arts by President Barack Obama.
iv. Moreno also received the Kennedy Center Honor for her lifetime contributions to American culture.

Indian Army inducted Four Indigenous ‘Dhanush’ Howitzers guns
On 28th March 2019, Indian Army inducted the first batch of its domestically developed and manufactured Dhanush artillery howitzer at a ceremony held the Ordnance factory in Jabalpur to give a major fire-power boost to the Indian Armed Forces.
Key Points:
i. The Dhanush gun is the first indigenous artillery gun of 155x45mm caliber and is based on Bofors howitzer which was commissioned in the 1980s.
ii.Bharat Electronics, the Indian Defence Research and Development Organisation (DRDO), the Directorate General of Quality Assurance and Steel Authority of India (SAIL) has supported the development of this gun.
iii. It is the first long-range artillery gun having a range of 38 km produced in India. 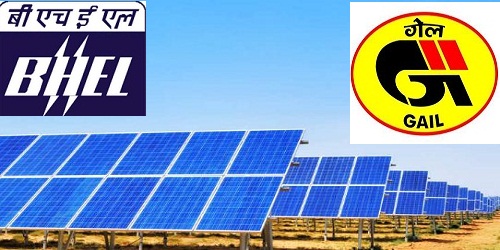 Key Points:
i. GAIL will act as the project developer and BHEL will act as an engineering, procurement, construction and project management contractor for this project.
ii. Also, during the initial period of this project, BHEL will provide operation and maintenance services.