We are here for you to provide the important Current Affairs March 29 2019, which have unique updates of all daily events from all newspapers such as The Hindu, The Economic Times, PIB, Times of India, PTI, Indian Express, Business Standard and all Government official websites. 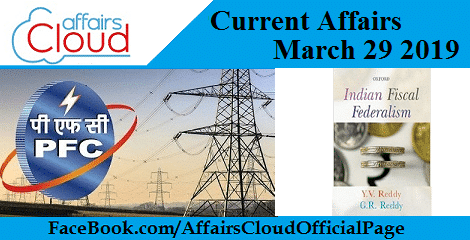 Interaction of India with ambassadors and High Commissioners of European and Oceania Countries in New Delhi
On 28th March 2019, an Interactive session was held between India and ambassadors & High Commissioners of European and Oceania Countries in New Delhi. The aim of the interactive session was to take economic ties with European and Oceania countries to a next level. Various trade negotiations were also discussed in the session.
Key Points
i. Bilateral trade between India and Europe is of USD 130.1 Billion and import and export between the countries has registered double digit growth.
ii. India is the fifth largest exporter for Australia and major exports from India to Australia include refined Petroleum, Business services and Pharmaceutical.
iii. Companies from Oceania, have invested around 1034.2 million US Dollars in India market between April 2000 and December 2018.
About European Union
♦ Capital: Brussels
♦ President of Council: Donald Tusk
♦ President of the Parliament: Antonio Tajani

Pentagon diversion of US $1 Billion for US-Mexico border Wall
The Pentagon,the headquarters of the United States Department of Defence has notified that it has authorized to shift US $1 billion from a military personnel account to establish a new wall of 57 mile and 18 foot high fence at the southern U.S. Mexico border.
Key points
i. This wall would prevent illegal migration and drug trafficking from Mexico.
ii. Department of Defense has authorised the Army Corp of Engineers to begin planning and construction for the project.
iii. The department will direct the funds towards fencing along the Yuma and El Paso sections of the border.
About United States
♦ Capital- Washington, D.C.
♦ President- Donald Trump
♦ Currency- US Dollar Key points
i. This deal is aimed at bolstering Omani-American military relations.
ii. The deal will benefit the facilities offered at some of the Sultanate’s ports and airports during visits of the US military vessels and aircraft, particularly in the port of Duqm.
About Oman
♦ Capital- Muscat
♦ Currency- Omani Rial 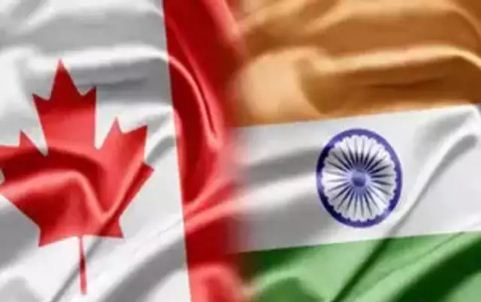 Key points
i. The meeting has reviewed the threats posed by terrorist groups worldwide and in their respective countries and regions.
ii. In this meeting, India and Canada have signed an agreement on a Joint Action Plan outlining to strengthen collaboration in counter-terrorism.
About Canada
♦ Capital – Ottawa
♦ Currency- Canadian Dollar
♦ PM- Justin Trudeau

Google has launched global advisory council for AI and Tech Ethics
Google has constituted an eight-member Advanced Technology External Advisory Council that will examine the ethical challenges related to artificial intelligence (AI) and other emerging technologies. i. The aim of the council is to provide recommendations for Google and other companies and researchers regarding the AI.
ii. The council will meet four times, beginning in April and will publish its report by the end of 2019.
About Google:
♦ Parent organization – Alphabet Inc.
♦ Headquarters – Mountain View, California, United States
♦ CEO – Sundar Pichai
♦ Founders – Larry Page, Sergey Brin

Govt decides to infuse Rs 5042 Cr into Bank Of Baroda ahead of the merger
On 28th March 2019, The government has decided to infuse a capital of 5,042 crore rupees into state-owned Bank of Baroda ahead of its merger with two other public sector lenders Dena Bank and Vijaya Bank,with Bank of Baroda which would be effective from 1st April 2019.
Key Points:
i. With this initiative, the share price of Bank of Baroda rose 6.21% to 129.10 compared to the previous close of 121.55 on BSE (Bombay Stock Exchange).
ii. According to the Scheme of Amalgamation, shareholders of Vijaya Bank and Dena Bank will get 402 equity shares and 110 equity shares of BoB respectively for every 1,000 shares held.
About Bank of Baroda
♦ Headquarters: Alkapuri, Vadodara
♦ MD and CEO: S. Jayakumar
♦ Tagline: India’s International Bank

Commerce Ministry unveils Blockchain-based app for Coffee farmers
The commerce ministry has unveiled a blockchain-based coffee e-marketplace which will facilitate farmers to integrate with markets to get aware of fair prices for the commodity.
Key points
i. It will reduce the number of layers between coffee growers and buyers and help farmers double their income.

Tashigang at an altitude of 15,256 feet has now became the world’s highest polling station in the sleepy hamlet of Buddhist-dominated Lahaul-Spiti district of Himachal Pradesh.
Key points:
i. Tashigang polling station falls in one of the 17 assembly segments that form the Mandi Lok Sabha seat.
ii. This polling station covers two villages of Tashigang and Gete. As per the revised electoral rolls, the two villages have 48 voters, of which 30 are men and 18 women.
About Himachal Pradesh
♦ Capital- Shimla
♦ CM- Shri Jai Ram Thakur
♦ Governor- Acharya Dev Vrat 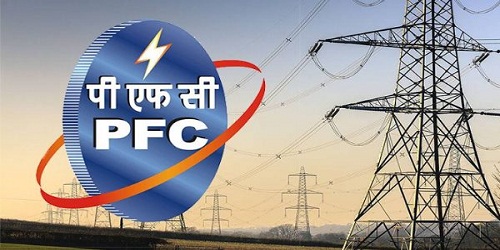 i. PFC has bought the 52.63% controlling stake in REC through Rs 14,500 crore deal with Union government.
ii. The REC’ shares were acquired at Rs139.50 per equity share price. 70% of the deal was financed through cash inflows and the balance through debt.
iii. This acquisition has impacted union government beneficially, as it exceeded the disinvestment target of Rs 80,000 crore for the fiscal year 2018-19.
Related Points:
♦ PFC CMD – Rajeev Sharma
♦ REC CMD – Ramesh V Penumaka

Hyper local connectivity app “Bhonga” initiated in Mumbai
A hyper-local connectivity app called “Bhonga” has been developed by Mumbai-based Company Linkus Infratech, to connect users to their neighborhood people in the city even without an Internet connection.
i. “Bhonga” is a Marathi word which means megaphone or loudspeaker.
ii. This app automatically provides the lists the user living within the radius of one kilometre. The app supports voice notes as well as photos.
iii. Anyone can open their phone and send a message that is delivered to other users in the neighbourhood, wherever they are.
iv. The app is available for Android as well as iOS users and supports Hindi and English languages.

United Nations‘ weather agency, World Meteorological Organization (WMO) released its annual ‘State of the Global Climate Report’
On 28th March 2019,a new report on ‘the state of the Global Climate in 2018’, of World Meteorological Organization (WMO) has warned that the physical and socio-economic impacts of climate change are accelerating day by day.
Key Points:
i. It is the 25th annual record of the Global climate.
ii. In this report, there is a significant impact on temperatures, as 2018 was the fourth warmest year on record, and almost 1 degree C above from the period of 1850 to 1900.
iii. It was reported that for the effect of greenhouse gases, temperatures may increase up to 3 – 5 degrees C compared to the previous record by the end of the century also, the sea levels were 3.7 milimeters higher than in 2017.
iv.In 1994, when the statement was first released, the Carbon dioxide levels were at 357.0 parts per million but in 2017, it was 405.5 parts per million. Also, it is expected that greenhouse gas concentrations will increase in upcoming years.
v.UN Secretary-General  Antonio Guterres warned countries to come with concrete plans at an upcoming climate summit, which will be held on 23 September to tackle the climate crisis.
About World Meteorological Organization (WMO)
♦ Founded: 23 March 1950
♦ Head: David Grimes
♦ Parent organization: United Nations Economic and Social Council
♦ Headquarters: Geneva, Switzerland 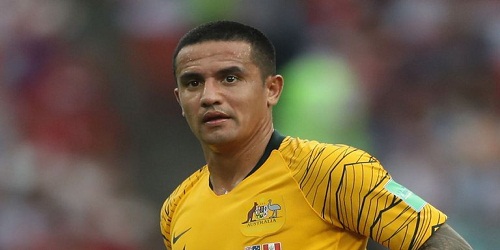 The Final stint of Tim Cahill came in India playing for Jamshedpur FC at the end of the 2018-19 season. 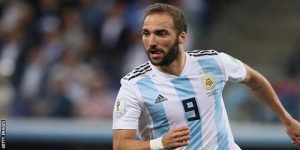 Key Points:
i. He was born on 10th December 1987 in Brest, France
ii. He scored 31 goals in 75 Argentina appearances.
iii. Last year at the 2018 FIFA World Cup in Russia, he played for Argentina where they defeated Nigeria 2-1.
About Argentina national football team
♦ Founded:1901
♦ Head coach:Lionel Scaloni
♦ Captain:Lionel Messi 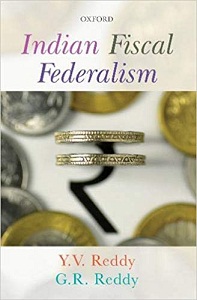 i. Dr. Y.V. Reddy has served as the Governor of RBI during 2003-2008 and as the Chairman of the 14th Finance Commission of India.
ii. Dr. G.R. Reddy is serving as the Advisor (Finance) to the Government of Telangana.

Journalist Prafulla Rajguru passed away at the age of 82 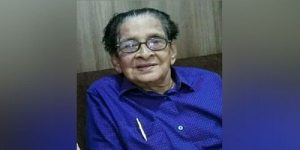 Veteran journalist, academician, social worker and columnist Prafulla Rajguru has passed away at the age 82 due to hip injury in Jorhat, Assam.
i. In 1997, he had retired as the head of the English department from DCB Girls College in Jorhat, and then he joined Assamese daily ‘Amar Asom’, where he served till year 2000.
ii. He was also the founder President of Jorhat Press Club and served as its adviser till his death.

ECI appoints Special Central Police Observer for Andhra Pradesh and Telangana
Election Commission of India has appointed Shree K K Sharma (IPS 1982 Retd DG Border Security Force) as the Central Police Observer for the States of Andhra Pradesh and Telangana.He would oversee the deployment and other security related issues in both the states.
K K Sharma was earlier nominated for the States of West Bengal and Jharkhand but his appointment was objected by the opposition parties of both states.
About Andhra Pradesh
♦ Capital- Amaravati.
♦ CM- N. Chandrababu Naidu.
♦ Governor- E.S.L. Narasimahan
About Telangana
♦ Capital- Hyderabad
♦ CM- K. Chandrashekar Rao
♦ Governor- E.S.L. Narasimham.